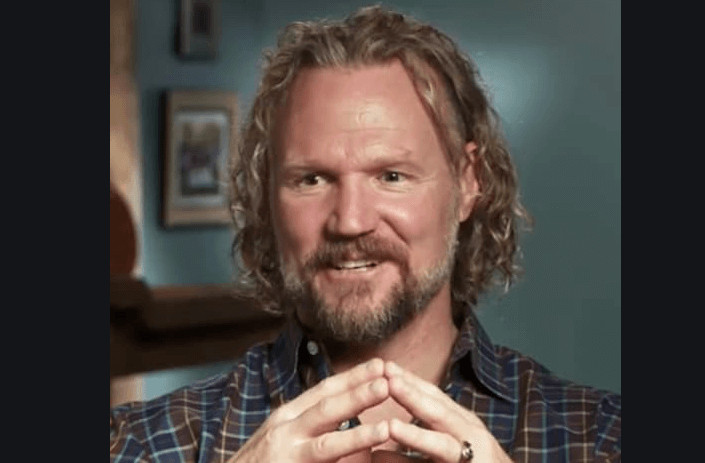 The Sister Wives planned a birthday party to honor Kody Brown and surprised him by wearing sexy matching t-shirts that read, “Home is Where Your Wives Are,” wrapped in a heart.

Christine Brown orchestrated the shirts for all the wives to unveil at Kody’s party. Kody smiled and appreciated the gesture but commented in a couch confessional that Flagstaff, Arizona won’t feel like home until their Las Vegas homes sell.

Kody Brown’s master house plan includes square footage allocations for each of his four wives in Flagstaff, Arizona. The family has already moved from Vegas to Arizona, however, they made the move before unloading their Vegas properties and now scrambling financially.

The financial strain plus, Christine and Robyn’s staunch reluctance to live under one roof has Kody at his breaking point. Christine feels the one-house build is an intimacy nightmare and scared she won’t be able to get her groove on with King Kody in a shared walls. She said in a recent episode that living in the same house puts the “kibosh on intimacy.”

Robyn is also not thrilled about the idea based on things she heard from the other sister wives when all of them lived in one house.

READ ALSO: Recap: Meri Returns to Flagstaff To A HUGE Rental & Her ‘Sister Wives’ Are Jealous!

AllAboutTheTEA.com has been covering Sister Wives for many years — stay connected with us for all your Sister Wives needs.