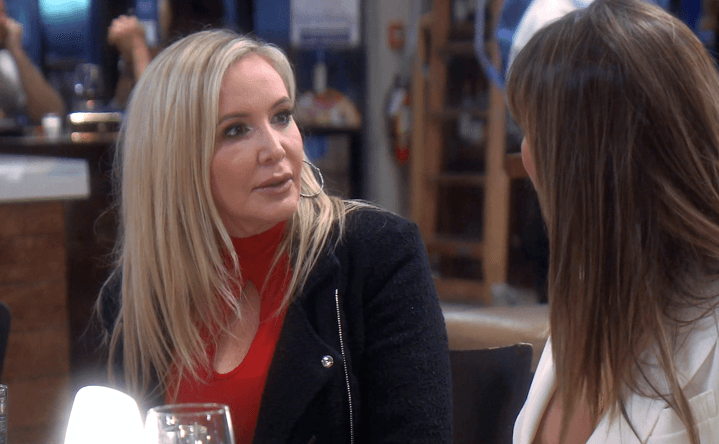 The drama went down on Friday, after Kelly Dodd got wind of a Facebook post from a fan who attended Jeff Lewis’ live show on December 5, which featured Shannon Beador as a guest.

The fan reported back that Shannon Beador spilled scandalous tea about Kelly Dodd’s engagement ring. According to the fan’s account, Shannon stated that Kelly’s engagement ring is recycled from Jim Bellino, who previously used the same ring to propose to his former fiance.

After Kelly Dodd found out, she flew into a rage and blasted Shannon Beador on Twitter — the now-deleted tweet stated: “WTH is wrong with Shannon? My fiance @rickleventhal bought my ring from Lana Neiman from the diamond district I’m [sic] NYC. You jealous moron !” Kelly tweeted on December 6.

However, AllAboutTheTEA.com has learned that Shannon Beador never said anything regarding Kelly’s engagement ring during the live show — it was actually Jeff Lewis who spilled the tea.

“The fan is wrong. Shannon never said anything about Kelly’s ring — Jeff [Lewis] did — not Shannon. Jeff was the one who spoke about it. He said he heard Kelly got the ring from Jim Bellino and it’s the same ring Jim used to propose to Nicole [Jim Bellino’s ex-fiance].” A source revealed to AllAboutTheTEA.com.

Shannon Beador responded to Kelly’s accusations, “I didn’t say one word about your ring or engagement. NOT ONE. Once again, get your facts straight.” Shannon wrote on Twitter.

As a result, Kelly Dodd was reprimanded and ordered to delete the tweet attacking Shannon Beador.

“A Bravo PR rep called Kelly and threatened to fine her for violating her contract, which includes a clause about no social media attacks on costars. Kelly was ordered to delete the tweet and she did.”

In July 2014, Kelly Dodd was arrested and charged with Domestic Battery for beating up her ex-husband, Michael Dodd, and severely injuring him. Michael requested a protective order on July 11, asking to have “no personal, electronic, telephonic or written contact,” with his then wife. “Kelly Denise Dodd did willfully and unlawfully inflict corporal injury resulting in a traumatic condition upon [Michael Dodd], who was the spouse of the defendant,” court documents obtained by AllAboutTheTEA.com reveal. Michael Dodd’s face was so badly beaten that he couldn’t leave the house for over a week and he was tortured in that marriage.