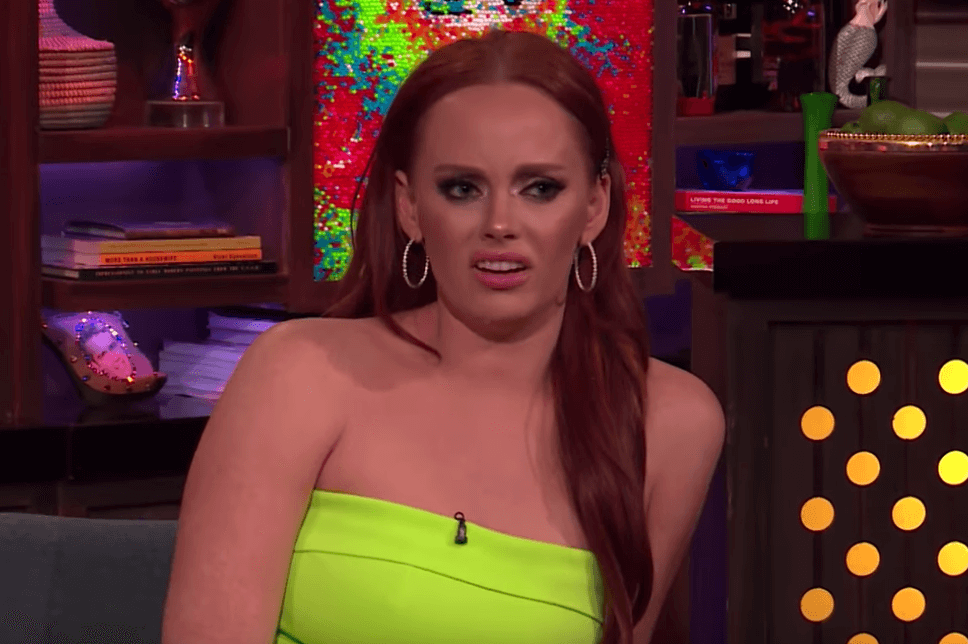 The Southern Charm star was noticeably fidgety, speaking in a lethargic pace, and seemingly unable to process the host and callers questions.

Kathryn Dennis made strange faces throughout the program. Watch below.

Many Southern Charm fans were not digging Kathryn Dennis‘ Lindsay Lohan vibe and voiced their concerns on social media.

I have been right about her all along.#KathrynDennis is high as a kite on #WWHL right now and all you enablers on #SouthernCharm can kiss it! I NEVER bought her reformed good girl act. No, it's not nerves as she's been on this show many times before! ? @AllAboutDaTea cover this!

You Be The Judge, I was all about Kathryn Dennis last Season with her changes & sobriety- Butttt, after watching #WWHL I believe she is high on something! Watch her closely, she can't sit still, fidgety, watch Andy's expressions towards her! Something is up y'all #southercharm pic.twitter.com/3TLlTIsReW

Why are you not watching WWHL? Kathryn Dennis is a train wreck rn

Why does Kathryn Dennis look so uncomfortable on #wwhl?! #southerncharm

As fans know, Kathryn checked into a rehab in June 2016, after court ordered drug testing revealed cocaine, opiates and multiple other drugs in her system.

Kathryn lost custody of the two children she shares with Ravenel, and has since been presenting a cleaned up image to the public.

Back in December 2018, fans also questioned Kathryn’s sobriety after she appeared high as a kite during an Instagram Live.

You be the judge. Does Kathryn Dennis appear inebriated during her Watch What Happens Live appearance? Sound off below!