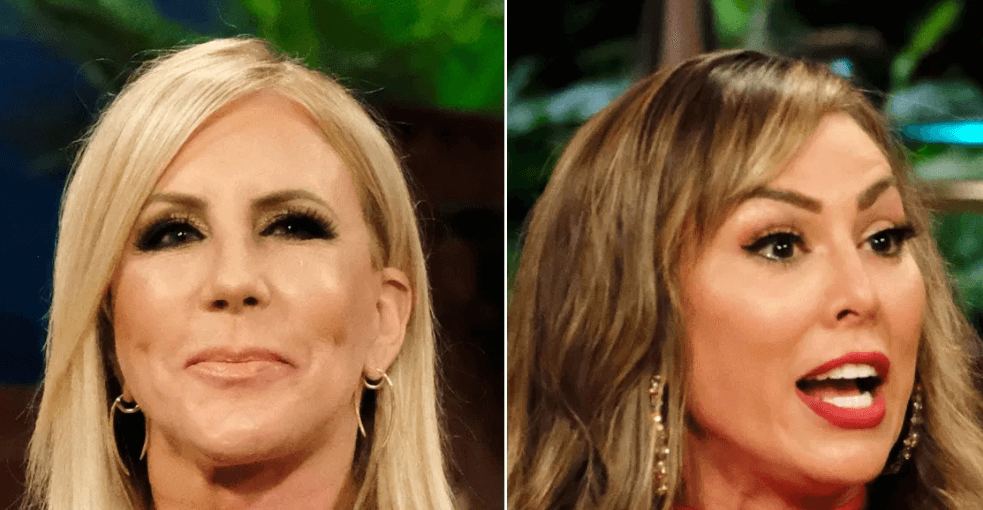 On Tuesday, Kelly Dodd clapped back after Vicki Gunvalson ,56, tweeted that her costar has “no job or career” — referencing Kelly’s recent threat to quit The Real Housewives of Orange County.

Kelly made the threats after Vicki Gunvalson outed her alleged cocaine habit at the Season 13 reunion!

“This makes me very sad.. I am college educated you are not. I worked in advertising after I graduated from college for 10 yrs. Bought real estate by myself.. Married a smart successful man with whom, I had a child with which is a great father to his daughter,” Kelly captioned a screenshot of Vicki’s since-deleted tweet on Tuesday, December 11, via Instagram. “Where is your kids father?? I invested in stocks and real estate and start ups very early therefore, I don’t have to work as an insurance broker selling insurance for minimal margins (your words)You also told me you make more money on the show than you do selling insurance.”

She concluded: “I have made better choices in my life than you .. I’m sorry if you’re jealous, I just work smarter.. I hope you find happiness, peace and ❤️ love Vicki#dontbejelly #donthate.” 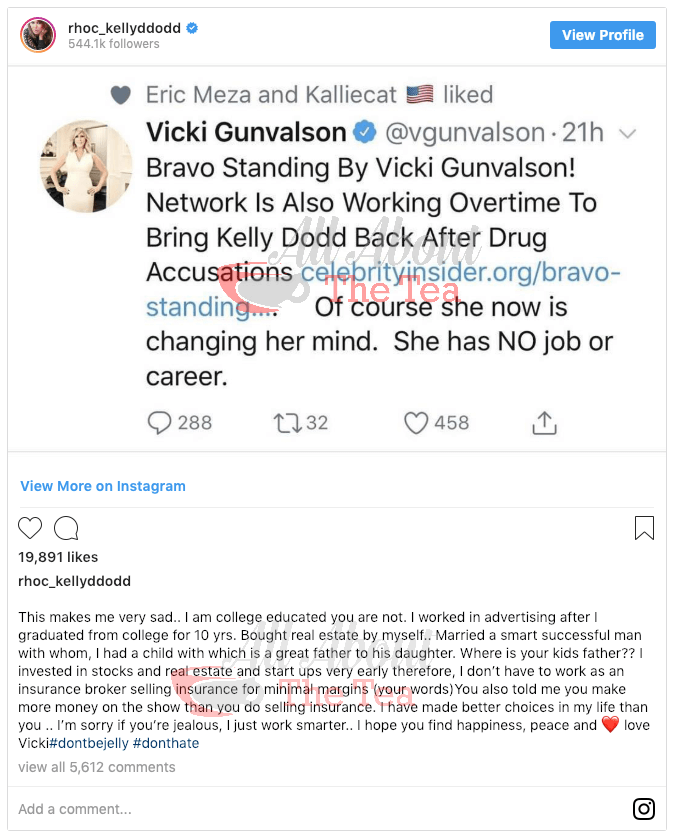 Although Vicki has since deleted her tweet shading Kelly Dodd — the Coto Insurance owner also replied to a fan about the situation via Instagram on Monday.

“She is all threat! She has NO job so what would she do?” the self-proclaimed O.G. of the OC wrote to a user about Kelly. In a second comment Vicki added, “She’s been super mean this year. Guess she wanted to be relevant.”