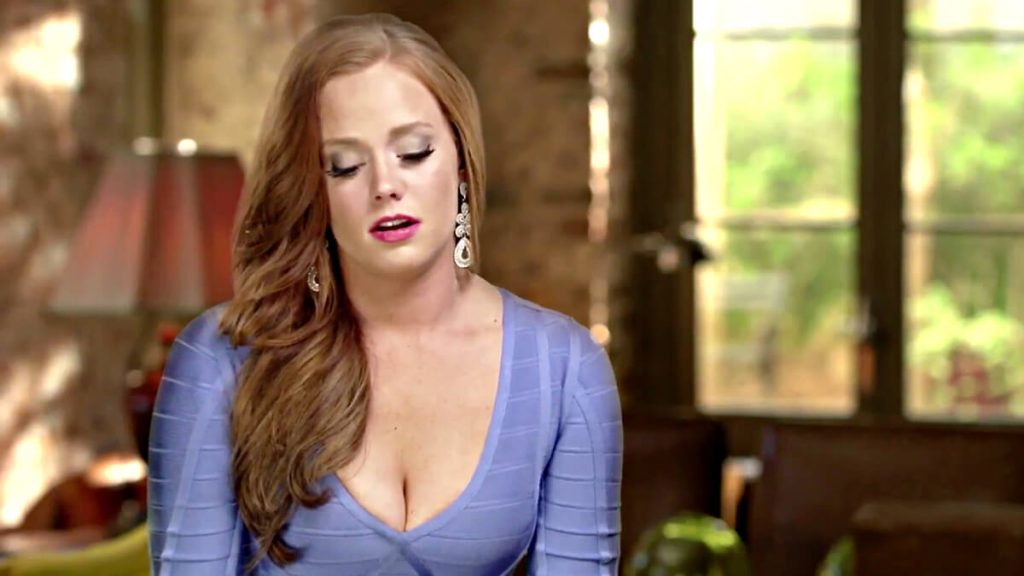 Kathryn Dennis’ ex, Joe Abruzzo, is alleging that Southern Charm producers compelled Kathryn to file for full custody of her children to advance her storyline on the Bravo reality series.

As previously reported, Joe Abruzzo is currently embroiled in a lawsuit with Bravo and Haymaker Production for airing footage of Kathryn Dennis’ costars discussing his penis, according to court documents obtained by AllAboutTheTEA.com.

Kathryn Dennis shares two children, Kensie, 6, and Saint, 4, with former Southern Charmer, Thomas Ravenel. The reality show has followed the ups and downs of the ex-couple’s combative relationship, and continued to push privacy boundaries, as Kathryn flied solo on the Bravo stage. 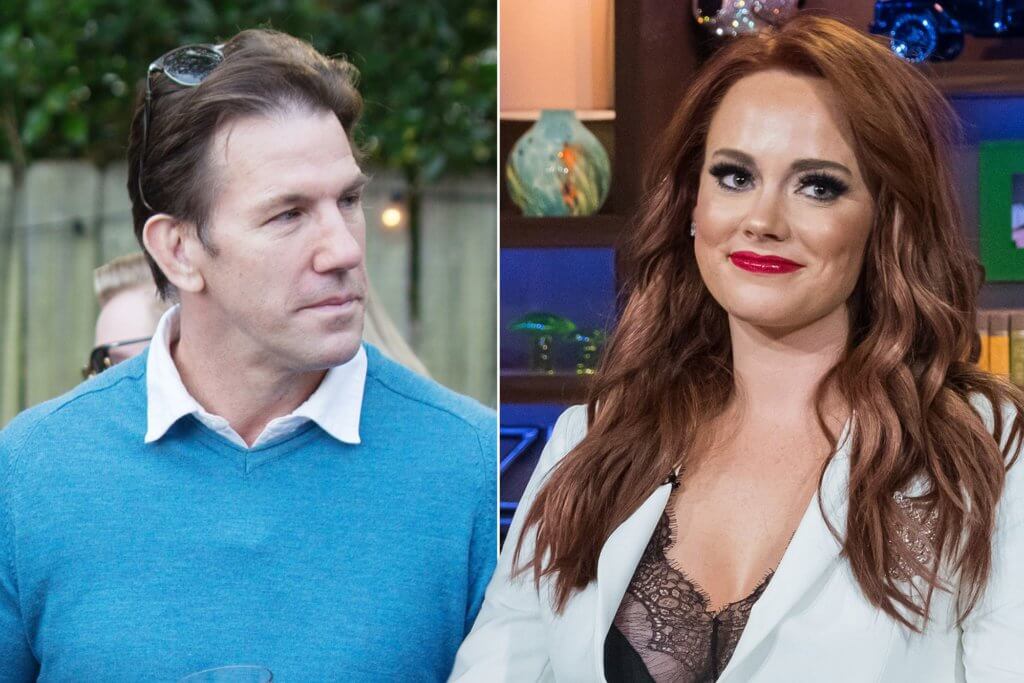 The children no longer appear on the Charleston based show, but that hasn’t stopped production from promoting a contentious custody narrative. 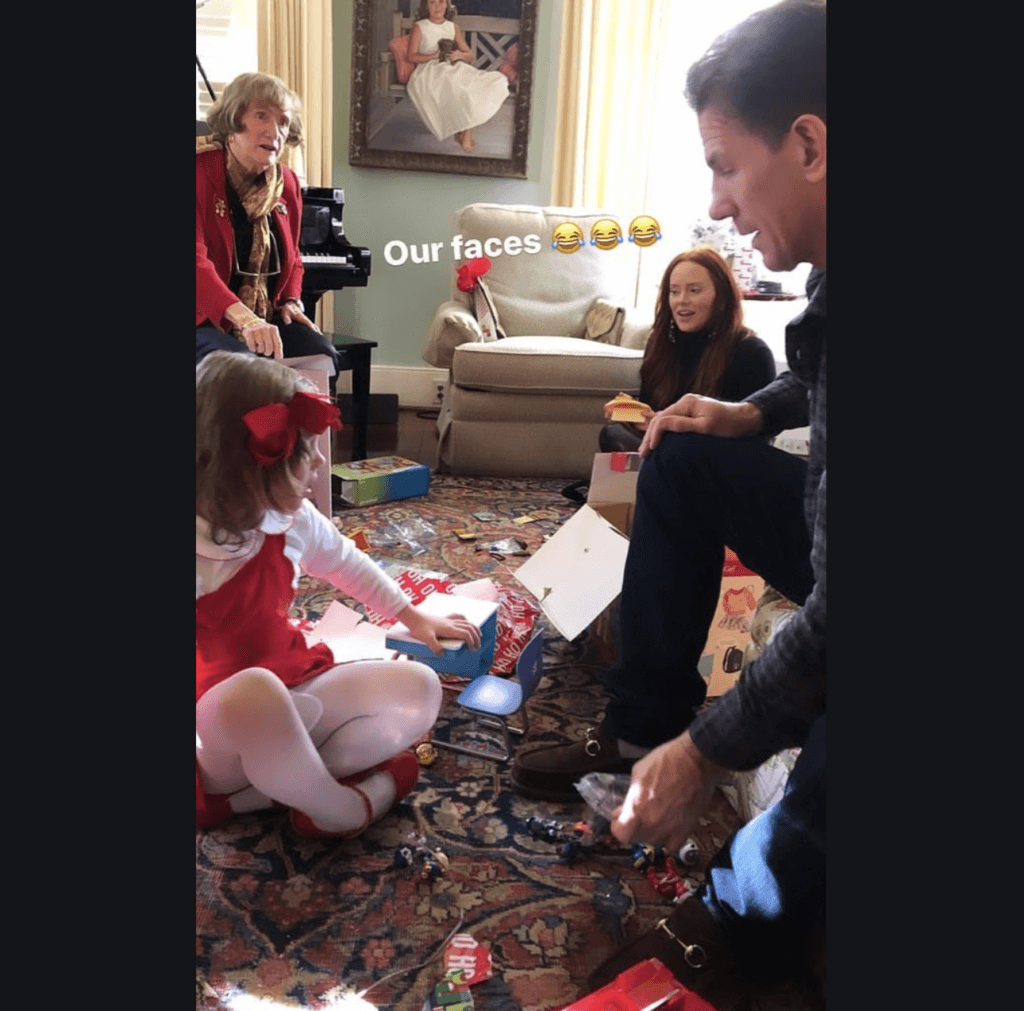 Joe Abruzzo asserts in his lawsuit that Kathryn’s custody push was instigated by Bravo/ Southern Charm producers. The legal document describes Kathryn’s latest “role in Southern Charm as a rehabilitated single mother who regains custody of her children and moves on and out from Ravenel’s abuse and/or manipulation.”

“In furtherance of this storyline, around the time of filming for Season 6 of Southern Charm began in the Fall of 2018, Dennis filed a modification of custody action against Ravenel in the Charleston County Family Court, basing her requested relief in large part upon the staged scenarios filmed for Southern Charm in an attempt to classify the conduct depicted therein as “real life” events justifying the Family Court’s intervention,” the doc reads.

Read excerpts from the court documents below. 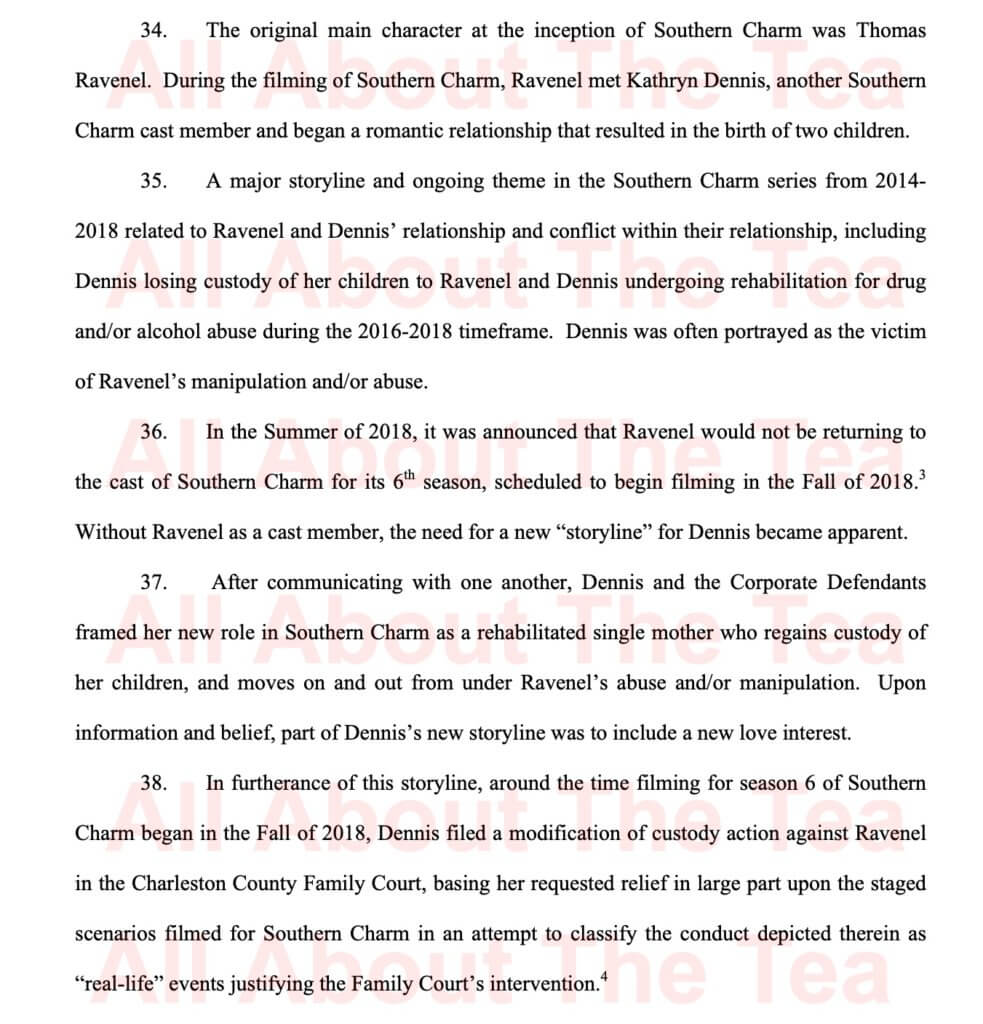 As AllAboutTheTEA.com exclusively reported, Thomas Ravenel, won primary custody of the two children, in November, 2019. The custody agreement, signed and registered with the South Carolina family court on November 1st, stipulates that Thomas and Kathryn Dennis share 50/50 legal custody of the minor children, with Thomas remaining as the primary custodian.