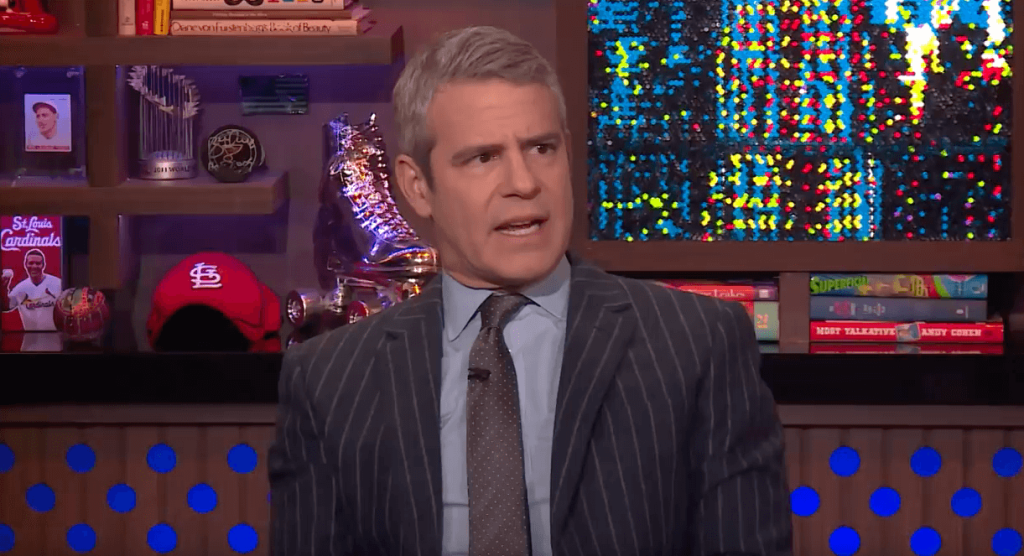 Andy Cohen Calls Kenya Moore Out On Her Lies!

Kenya Moore appeared on Sunday night’s episode of Watch What Happens Live with Andy Cohen — and the host set the record straight about Bravo phasing NeNe Leakes out the reality series.

As reported, Kenya Moore recently claimed that Bravo was phasing NeNe Leakes out due to her noticeable absence from many episodes this season.

The Real Housewives of Atlanta

READ ALSO: NeNe Leakes Calls Out Cynthia Bailey On Her Sneaky Side In Heated ‘RHOA’ Showdown!

“NeNe tweeted in a question for you,” Host Andy Cohen told his guest, who responded, “Oh, really? So she’s a fan now?”

Andy Cohen said: “She wants to know why you are doing press saying Bravo is phasing her out? She says it’s not true. She’s great.” 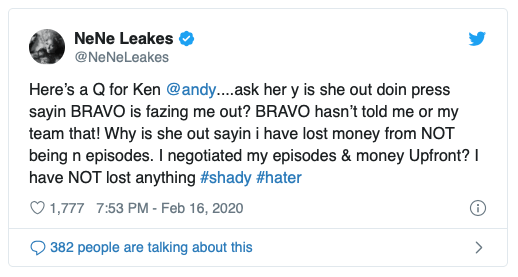 “Okay, but you’re saying that she’s being phased out?” Andy pressed, prompting Kenya to explain, “I think she is. That’s not something that I can absolutely say. I mean, if you’re being cut out of episodes, clearly the sign is you’re not as important as you think you are.” 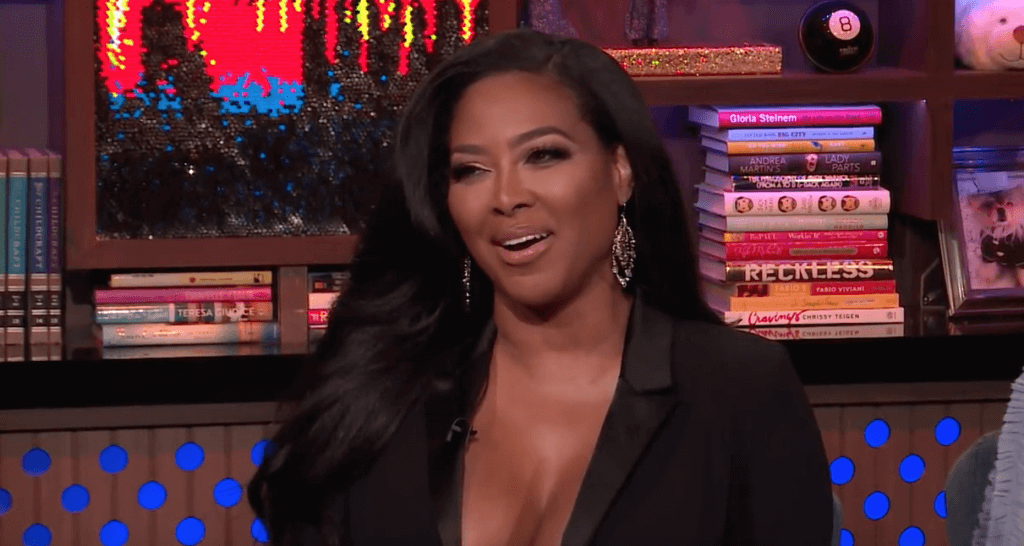 “I don’t think she’s being cut out of episodes because I think everything that was shot with NeNe is in the show,” he explained. “We’re not cutting anything out. I’m saying everything that we shot with her… There’s nothing that’s been left out.”

Press play to watch Andy Cohen put Kenya Moore in her place below.

NeNe Leakes continued to vent on Twitter, writing, “The malicious against me is so real (i better be careful tho) On the outside looking in, you would think i have really done something so serious to this group! I have worked on many sets and NOT ONE can give a bad report on me! NOT ONE! Only this group of haters.”

NeNe Leakes also thanked her boss for defending her, she tweeted: “I HAVE NOT been cut out of any episodes! I negotiated my episodes just like everyone else did! I’m getting every dime i asked for! Thank you for asking and clearing that up @andy That means a lot to me.” 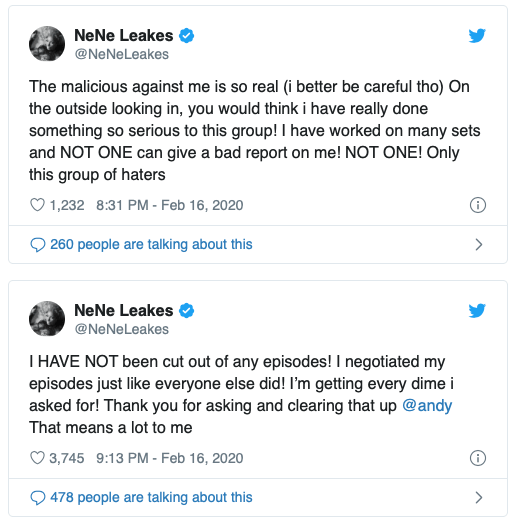 The Real Housewives of Atlanta airs Sundays at 8 p.m. on Bravo.