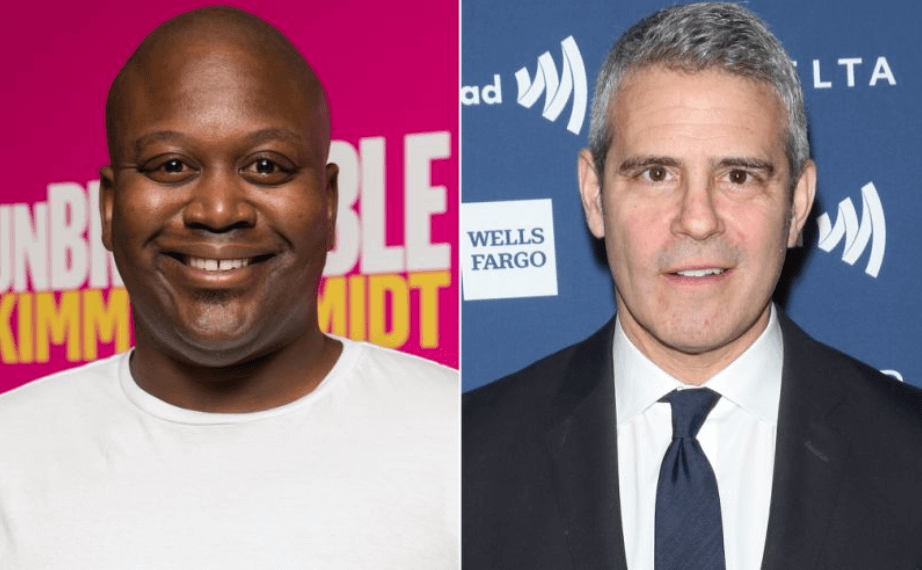 Tituss Burgess appeared on Watch What Happens Live on Sunday night — and afterwards the Unbreakable Kimmy Schmidt actor blasted the Bravo host for being “a messy queen.”

“Yes I said it! Don’t care he knows either!”  Tituss wrote in the comments section of his latest post. “He should remember his talk show isn’t an episode of the Real Housewives of Atlanta! It’s a place where artists come to talk about art and have a little fun. NOT a place to rehash old rumors or bring a star negative press.”

During the WWHL interview, Andy Cohen asked Tituss Burgess about working with Eddie Murphy on the upcoming film, Dolemite Is My Name. “Did you get to chat with him at all?” Cohen asked. “He was very problematic for the gays at one point when I was coming up.” Press play to watch below.

Andy Cohen, 51, was referring to homophobic jokes about gays and AIDS Murphy made early on in his career and featured in his 1981 HBO special, Delirious. In 1996, Murphy apologized for the statements, telling the media, “I deeply regret any pain all this has caused.” He also admitted that he was young and “misinformed” back then.

“Just like the rest of the world, I am more educated about AIDS in 1996 than I was in 1981. I think it is unfair to take the words of a misinformed 21-year-old and apply them to an informed 35-year-old man,” said Murphy, now 58, according to the San Francisco Gate. “I know how serious an issue AIDS is the world over. I know that AIDS isn’t funny. It’s 1996 and I’m a lot smarter about AIDS now.”

Tituss Burgess and guest Laverne Cox both agreed on WWHL that they had no issue with Murphy.

“He wasn’t problematic for Tituss, and we had a wonderful time … Any troubles he may have had with gay people I guess are gone because he loved me,”  Tituss said before mouthing something to someone off-camera.

Andy asked, “What are you saying, Tituss?” To which the Netflix actor responded, “Keep going, girl. Do your show.”

After the show aired, Tituss Burgess took to Instagram to drag Andy for being messy.

“Sunday was a display of ratchet behavior by a well connected man having blatant disregard for one of his guests,” he said. “If only time were taken to know who I am and not assuming that I am the character I play on TV, he would know how to conduct a proper interview with at all!”

“I received 4 Emmy nominations for acting! NOT for being my self,” he continued. “He was lucky I had my wits and Christian values THAT day. Always keep it classy. Being friends with other talented celebrities doesn’t make you talented, it makes you friends with other famous celebrities! He should rip a page from Anderson Cooper and learn how to do his job.”

Andy said tensions with Tituss, 40, even carried over backstage.

The host then brought up another moment from the show in which Tituss appeared to snap at Cohen when he brought up the musical adaptation of The Preacher’s Wife he’s been working on.

“I’ve done 1300 episodes. Forgive me for forgetting you wrote the musical about The Preacher’s Wife,” Cohen continued. “By the way, I still think it’s a great idea. I’m still excited to talk about it. I was being supportive. But yes, I had forgotten. I’m sorry that I forgot your upcoming project. I know I shouldn’t have forgotten. I like the guy. I ran into him at a bar in Harlem like, eight months ago, and we had a really nice talk. So I don’t know.”

“He made an entertaining show, I’ll tell you that,” he continued. “Sometimes it’s fun to watch the show when the guest hates the host.”