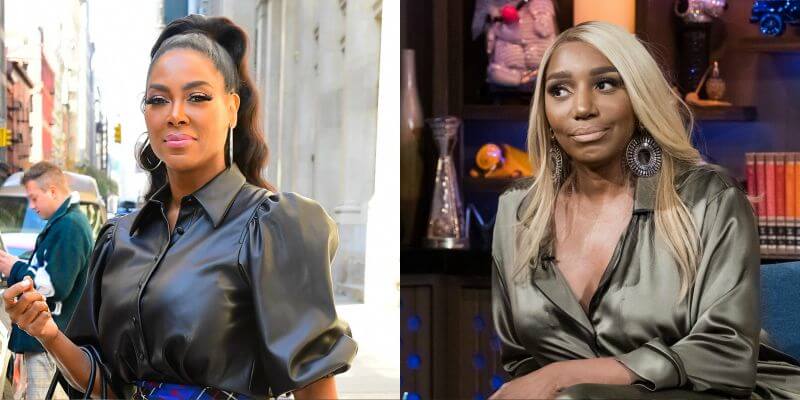 Kenya Moore is accusing NeNe Leakes of trying to get her fired from The Real Housewives of Atlanta and claims Bravo is phasing NeNe out.

“We don’t have a friendship,” Kenya Moore tells Entertainment Tonight in a new interview. “I don’t think we ever did have a friendship, I think I was just convenient, and a convenient ally… so yeah, I don’t really see the value in being or attempting to be fake friends with her.”

Kenya Moore goes onto to say NeNe Leakes should be cautious after the network let go Tamra Judge and Vicki Gunvalson.

“The message is very clear — either the network feels that you are still a valuable asset on the show or they don’t, and you’re replaced and phased out, and you just have to move on,” she tells the outlet. “NeNe has been on the show for a very long time, and I just think the cast is not gelling with her. She always puts herself on an island. She makes these fights with people that don’t actually have to occur and she’s really the cause of her own demise.”

Kenya Moore revealed the Swagg Boutique owner tried to get her fired from the Bravo reality series.

“She tried to get me fired before I was even hired on the show. I just think that she’s always been very intimidated by my presence on the show. And, when I was not on the show, I was still being talked about … I was still relevant, so that bothered her,” Kenya revealed.

“And so, then it becomes, ‘Why did you invite Kenya to your launch party to celebrate you? And at eight months pregnant?’ Like why is that an issue for you? So again, if you watch who she really is, you will see that she is extremely intimidated, jealous, envious — whatever you want to call it — of my presence on the show.”

According to Kenya Moore, the RHOA OG has only tried to fix broken friendships only to keep her peach.