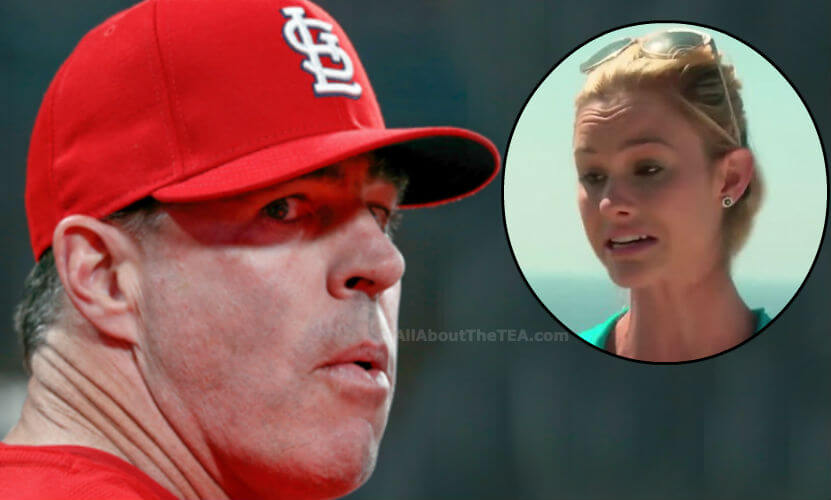 Jim Edmonds recently revealed his soon-to-be ex-wife Meghan Edmonds will NOT be on easy street once the couple’s divorce is final.

The former MLB player spilled the tea when responding to a fan on Tuesday.

“Meghan will never have to worry about money!!!! Lol,” one of Jim’s follower’s commented on his Instagram post about their split.

The 49-year-old Fox Sports broadcaster responded, “Yes she will.”

Meghan Edmonds agreed to leave the marriage with what she came into the union with, plus one vehicle.

As for the sprawling dream home in St. Louis Jim Edmonds and Meghan Edmonds were in the middle of building? A source tells AllAboutTheTEA.com, the two will sell the property and split the profit.

“I am saddest for the children. My step kids, Landon and Sutton, have lost a stepmother whom they love and will have to endure another divorce and broken home in their short lifetime. And my three babies who will likely never remember their parents being married,” she wrote. “I am buried in despair. I cry at the drop of a hat. But I am enduring. I will set an example for my children and I will teach them to love and respect people while also knowing how to condone unethical or wrong behavior. I will facilitate healthy, consistent, and ongoing relationships with their father and with his family despite the hurt I feel from them because my children should not reap the karma of my personal situations.”

She also accuses Jim Edmonds of “drinking and partying with much younger women, including several of our babysitters.”

As reported, Meghan Edmonds accused Jim Edmonds of “having an affair” with their former 22-year-old nanny before he filed for divorce on Friday, October 25. Nanny Carly Wilson and Jim both vehemently deny the accusations but a photo circulating on social media of Jim Edmonds with Carly attending a hockey game last week has the rumor mill churning.