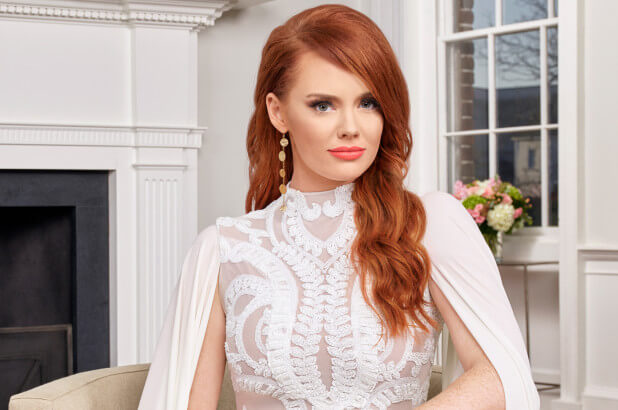 Kathryn Dennis plays a single mother facing the possibility of full-time parenthood on Southern Charm — but a very different reality is unfolding behind the scenes.

Viewers know that Kathryn shares two children, Kensie 5, and Saint, 3, with former leading man,Thomas Ravenel, and that the duo has been embroiled in an ongoing custody dispute.

RELATED: Patricia Altschul Ordered To Be Grilled Under Oath By Thomas Ravenel In Custody Battle!

According to court documents obtained by AllAboutTheTEA.com, Kathryn violated their original custody agreement instituted in June 2018. As a result, Thomas was legally permitted to restrict the mom from seeing their kids under their binding custody agreement.

As fans may recall, Kathryn Dennis claimed that she won back joint custody of her children, Kensie and Saint after overcoming a battle with substance abuse. However, that could not be further from the truth. Kathryn did not sign the offer presented at the June 2018 hearing — therefore Thomas remains the custodial parent maintaining full custody of the children.

The following excerpt from the agreement lays out actions that will be taken if Kathryn fails a drug test.

Kathryn, 27, and her attorney immediately petitioned the court requesting her visitation rights be reinstated and Thomas’ side entered a request for full custody. In Kathryn’s filing, she levied a multitude of nasty allegations against Thomas (with no supporting evidence to back her claims).

On June 26, the judge handling the custody case made a temporary ruling – granting Kathryn 50/50 custody. The stipulations are as follows:

Again this order is temporary until the judge issues a final ruling in the case.

In 2016, Kathryn completed a stint in a California rehab facility after she tested positive for marijuana, cocaine and opiates and lost custody of her children. Kathryn eventually completed the five phases in the custody  outline, and returned to court with Thomas in June 2018, where a 50/50 custody deal was put on the table.

Thomas Ravenel is set to stand trial after the ex-couple’s former nanny levied accusations of assault against the Charleston developer, in May 2018.

In January 2019, Thomas was back in court, alleging that Kathryn  “condoned and/or encouraged Ms. Ledwell to make false allegations of sexual assault and to file a criminal complaint against him, on the heels of the ‘Me Too’ movement, for purposes of helping Mother gain custody of the parties’ minor children in a subsequent modification action.”