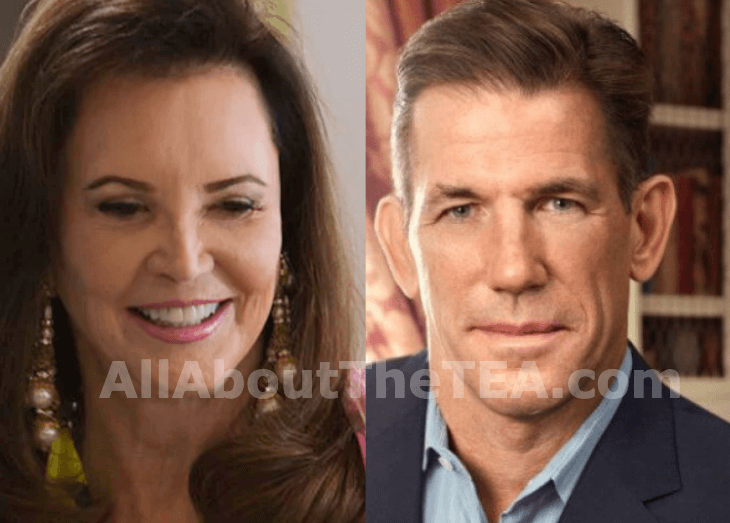 IT’s ON! Southern Charm star Patricia Altschul has been ordered to court.

Thomas Ravenel has been given the green light by a South Carolina judge to grill the messy matriarch under oath in his contentious custody battle with Kathryn Dennis.

The judge denied Altschul’s motion to avoid being deposed in the case.

The 77-year-old was also ordered to hand over all text and email communications between herself and Kathryn Dennis and Luzanne Otte, Ravenel’s former girlfriend from April 1, 2018 until now.

Thomas Ravenel believes Altschul conspired with his baby mama, Kathryn and another woman to frame him for rape, and fired off a subpoena to make the matriarch come clean. Now he’ll have the opportunity to question his former co-star and scourer her texts and emails.

Patricia Altschul had previously requested to be excused her from being deposed in the case. Fans know that Altschul, 77, is a self-proclaimed socialite and the mother of the show’s executive producer, Whitney Sudler-Smith. She was once an outspoken critic of Kathryn, but has since become a close friend of the rehabbed Bravoleb.

Ravenel countered Altschul’s request by arguing that the elderly diva had “energy to be the star of a reality TV show, she should have the energy to appear for one afternoon of deposition” — the judge agreed, declaring Altschul’s testimony will “last no longer than six hours,” and the parties involved have to agree on the date.

This is the second recent victory for Ravenel, after the judge blasted Kathryn on June 7 for violating a gag order and unsealed the case.

Ravenel is about to stand trial for an alleged assault charge, and demands in his lawsuit that Bravo keep all sensitive footage off the show. He has also filed documents accusing his ex of buying drugs from producers, and provided video evidence of Kathryn committing a hit and run.

Do you think Patricia Altschul conspired with Kathryn Dennis to have a woman accuse Thomas Ravenel of rape? Sound off below!