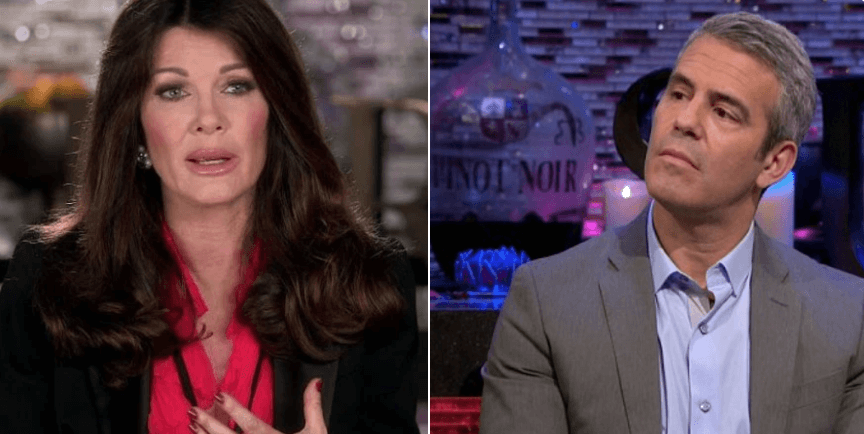 Andy Cohen opened up about Lisa Vanderpump’s  Real Housewives of Beverly Hills exit and her decision to sit out of the Season 9 reunion — speaking out on his SiriusXM Radio show Andy Cohen Live.

Fans know that Lisa’s Real Housewives of Beverly Hills exit and her decision to sit out of the Season 9 reunion — speaking out on his SiriusXM Radio  dropped out of filming the Bravo series after she was accused of planting a tabloid story exposing Dorit Kemsley’s botched dog adoption.

Andy Cohen said that he was sad about Lisa’s departure and disappointed that she did not attend the reunion.

Lisa explained her decision shortly after her abrupt exit from the popular series.

“The last year was a very negative year for me … I just had a horrible time with the show and the women,” Lisa told Extra. “It was a very sad time in my life and it wasn’t made any better. I just decided to walk away.”

Andy Cohen reminded his listeners that it was Lisa’s personality that sold him on the 90210 franchise.

“No one will ever replace her,” Cohen said about the fan favorite. “And no one can replace her. I mean, it has been well documented that when we were developing The Real Housewives of Beverly Hills, I was not totally sold on doing the show … But when I saw Lisa Vanderpump on that casting tape, man, she was the one who really sold me on doing the show.”

Camille Grammer and Dorit Kemsley Got Into a Fight at Andy Cohen’s Baby Shower!

Cohen also shot down rumors claiming that Kyle Richards’ sister, Kathy Hilton, was slated to replace Lisa. The Watch What Happens Live host revealed that he’s had “absolutely no conversations” about casting Hilton on the show.

“She is iconic. And I am so glad that we will continue to see more of Lisa — in all of her glory — on Vanderpump Rules … she will always be the queen of diamonds in the Bravo universe.”

The Sirius radio host reiterated that “the door will always be open to Lisa” and reminded fans that while “people come and go, the show remains.”