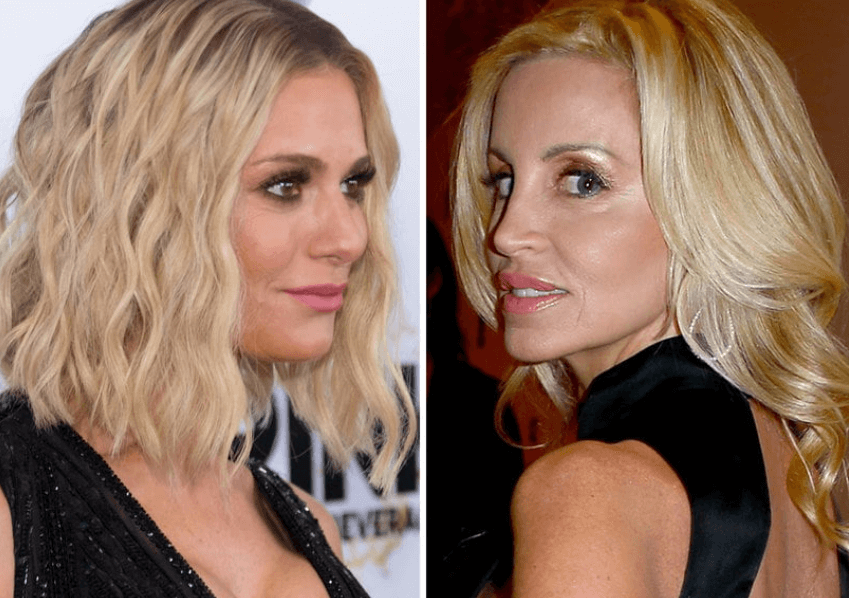 Real Housewives of Beverly Hills co-stars, Dorit Kemsley, 42, and Camille Grammer, 50, got into an altercation during Andy Cohen’s iniquitous baby shower on Saturday.

Andy Cohen, 50, dished about the argument on Monday’s episode of his SiriusXM radio show. “I witnessed, it was a verbal altercation!” he said.

He then premiered audio clips from an upcoming Radio Andy special recorded live from the event, in which he spoke about Kemsley and Grammer’s feud with Erika Girardi.

“I was walking by Erika earlier and she goes, ‘Get the cameras! Get the cameras!’ Because Dorit and Camille were going at it at the end of the table,” Cohen said. “I said, ‘Ladies, shut it down. Save it for the reunion!’ And they did seem to shut it down.”

As fans recall, during season 8, Kemsley called Grammer “a stupid c*nt,” while she introduced her new boyfriend to the group. The diss led to major beef between the ladies all season.

Real Housewives from around the nation gathered Saturday night to attend Andy Cohen’s baby shower —  Lisa Rinna was in rare form and a former Housewife surprised the soon-to-be father!

As reported, the biggest surprise of the evening was the presence of former Real Housewives of Atlanta star, Phaedra Parks, at Cohen’s shower. The internet was abuzz that Phaedra’s appearance is a clear indication that the Atlanta attorney would be holding a peach soon.