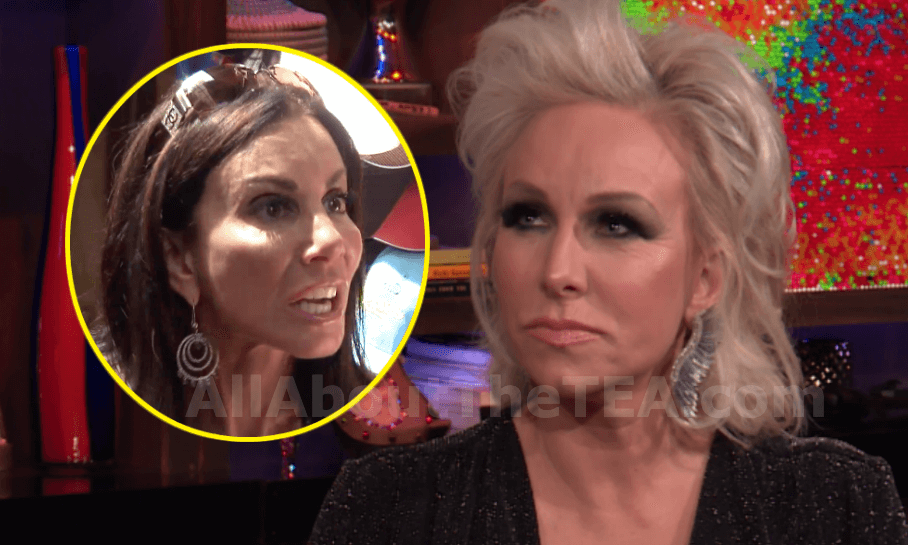 Fireworks exploded during a recent event in Long Island, New York between Margaret Josephs and Danielle Staub, AllAboutTheTEA.com can confirm.

On Thursday, The Real Housewives of New Jersey cast attended Joe Gorga’s book signing of his virgin release, “The Gorga Guide to Success.” A book on how to succeed in business, marriage, and in life.

Exciting news! My first book, The Gorga Guide to Success, is out today. It’s published by @annabdavid of @lighthustlepub, written by @kristenwrites212 and is about how I went from growing up in the inner city of Paterson, New Jersey to building a real estate empire, maintaining a happy marriage to the love of my life, @melissagorga, and navigating the world of reality TV. If you want to flip houses, know how to keep the sparks alive in your marriage or just hear what it means to “keep two feet in one boot,” you should get this. You can get the book by clicking on the first link in my Instagram bio. #realhousewives #realhousewivesofnewjersey #rhonj #bravo #bravotv #realitytv #housewives #instabravo #instabravotv #book #bookstagram #books #booklove #instabooks

The former friends used the cast outing to revisit past drama — and things got ugly when the ladies launched below the belt jabs at each other.

“It got personal again with Margaret on the attack.” A source told AllAboutTheTEA.com. “Danielle stood up to her and Margaret lost her sh*t.”

So what did the ladies fight about?

Margaret’s attack was met with noisy resistance from Danielle.

“Danielle didn’t back down and threw shade at Margaret’s finances…she even brought up her past cheating.” The source added, “Danielle pulled Margaret’s hair.”

“Margaret lost it and grabbed a full jug of water that was nearby and threw it all over Danielle.”

“Danielle was soaked and went off…she was ready to pounce on Margaret but the other ladies grabbed them before things escalated.” A production source revealed to AllAboutTheTEA.com.

Share your thoughts on Margaret Josephs and Danielle Staub’s wet and wild dust-up!

The Real Housewives of New Jersey season 10 is currently filming and expected to return fall 2019.