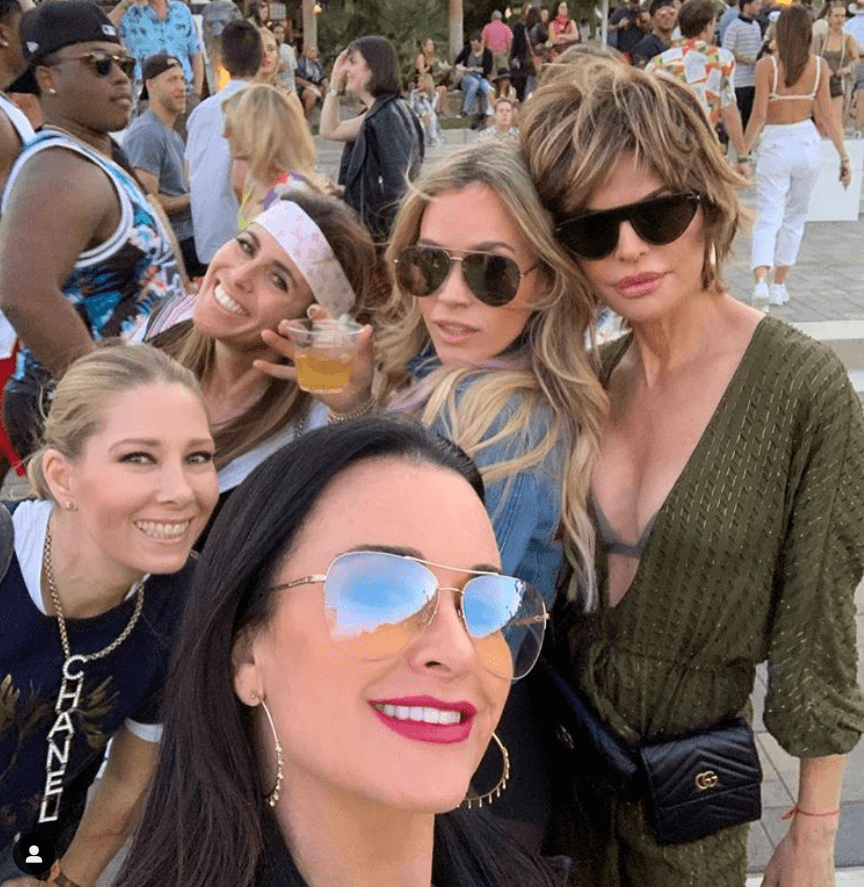 Fans are dragging some Real Housewives of Beverly Hills cast members for being “too old” to party among the young folks at Coachella.

Kyle Richards, 50, Teddi Mellencamp, 37, Lisa Rinna, 55, and Erika Jayne, 47 — were all spotted at the 2019 Coachella Valley Music And Arts Festival in Indio, California over the weekend.

On Saturday, fans responded to Kyle Richards’ Instagram post, stating that she’s “too old,” for the annual festival that primarily attracts a younger crowd, like the Kardashians.

“Aren’t you all a little too old to there lol.” One person commented under Kyle’s post.

“#FakeAF grasping at their youth… Time for rinna to change her depends.” A different person posted.

Another fan blasted the 50-year-old and her Real Housewives of Beverly Hills co-stars, the person wrote:

“Old women living through their kids. Weird. Boring. And strange.”

“First Wives Club at Coachella,” some one else wrote.

And the age shaming did not stop there, another critic commented:

“You look like, sad just sad, you all think your still so young-looking. It’s all most pitiful, but just keep try, maybe looking and acting the fool will keep you on tv.”