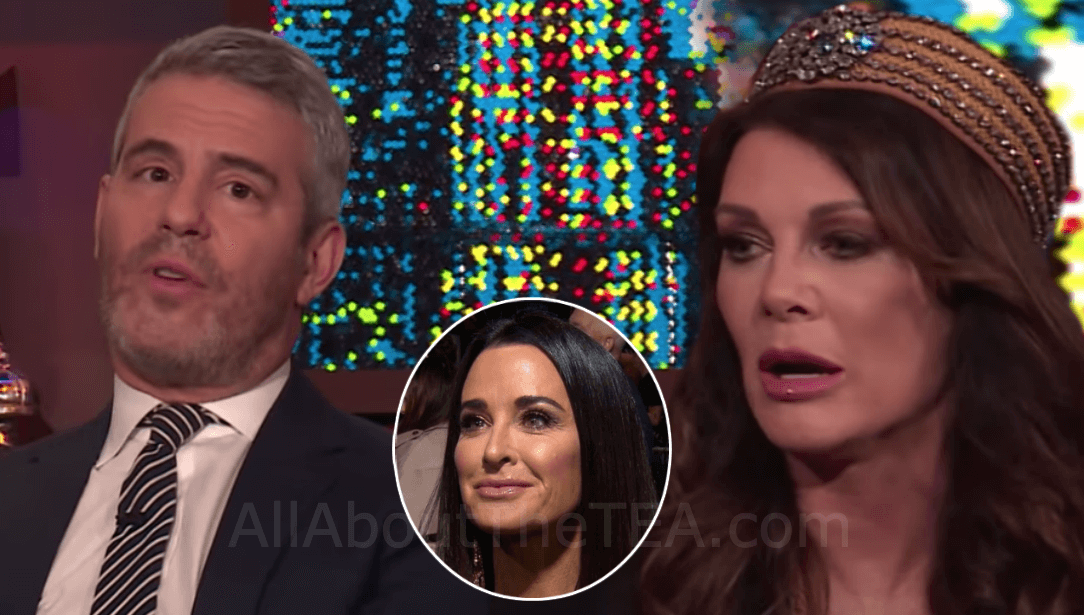 Lisa Vanderpump shared her real-time thoughts about her shattered relationship with Real Housewives of Beverly Hills co-star and former friend, Kyle Richards — speaking out on Tuesday night’s episode of Watch What Happens Live.

Lisa Vanderpump reiterated that she was upset by Kyle’s refusal to believe her denial, after being accused of planting a tabloid story outing Dorit Kemsley’s ill-fated dog adoption.

Lisa pointed out her frenemy’s lack of real evidence.

“I would never accuse somebody of doing anything unless I had proof because we’ve all had accusations thrown out there,” Lisa said.

Host, Andy Cohen, asked Lisa if she respected Kyle’s effort to be objective, but Lisa shot his point down.

“No, because when you’re a good friend, I think you stand up for them. I stood up for Kyle when I have no idea whether she’s right or wrong,” Lisa said, pointing to her defense of Kyle during her Season 1 rift with Camille Grammer.

Lisa also explained that she was emotionally fragile, after being immensely  impacted by the death of her brother, Mark Vanderpump.

“At that time, I was in a place in my life that I was kind of desperately searching for happiness,” Lisa told Andy. “And I talked to you [Andy] about that prior to coming back to the show. And I just felt very emotional, very raw.”

Lisa expressed disappointment about the friendship crash and burn — but admitted that her relationship with Kyle had likely always been on shaky ground.

“Of course I miss that friendship, but maybe it wasn’t such a good friendship after all is said and done,” Lisa concluded.

The restauranteur dropped a bomb when she admitted that she hadn’t watched any part of Season 9. She said that she only watched the fight —nothing before and nothing after. This info clearly caught Andy off guard.

“It’s interesting because, through it all, [Kyle] was really playing the middle the entire time,” Andy said to Lisa.

“I think Kyle always does that, doesn’t she?” she replied.

“No, because when you’re a friend, I think you stand up for them,” Lisa said. “I’ve stood up for Kyle when I’ve had no idea whether she was right or wrong, even from the first episode.”

“But when I say playing the middle, I mean, she kind of was,” Andy reiterated.

“Sometimes, she straddles the fence, and the fence gets stuck up her ass,” Lisa replied. “If you’re gonna be a friend to everybody, sometimes, you’re loyal to nobody.”

A WWHL caller questioned why Lisa froze out her other cast members after the explosive fight with Kyle.

“She said they all believe that, and I kind of felt that I had been bombarded in the Bahamas,” Lisa replied. “At that time, I was in a place in my life that I was desperately searching for happiness. I talked to [Andy] about that prior to going back to the show. I just felt very emotional, very raw. And when she said, ‘We all believe that,’ I thought. ‘I’ve been through this on Season 4, I’ve been through this on Season 6…”

Andy interjected with, “It’s an accusation that’s been made through several seasons.”

“Well, it’s an easy accusation to make isn’t it?” she maintained. “Because you know nobody’s really gonna refute it. I was really, really honored that Dylan Howard (Radar Online Editor-in-Chief) came out and said, ‘This is not true.'”

“It would be interesting if you saw the the full episode because you would’ve seen Kyle trying to defend you before she went over to your house,” Andy said.

Lisa shot back, “Listen, I don’t wanna call anybody out, but that clip came from a scene where she was defending [Lisa] Rinna. Sorry, you got the wrong Lisa.”

Andy repeated his statement — reiterating that before Kyle Richards went to Lisa’s house, she defended her against the other women.

“They got it wrong,” Lisa maintained.

Kyle Richards addressed the drama in a recent Bravo blog, and defended her actions.

“I tried to explain to Lisa that even though I felt what I felt and said what I said, I do care about her and that I thought I WAS being a friend by telling her about the conversation, even if it wasn’t what she wanted to hear,” Kyle wrote. “If I had lied at lunch, my other friends would have lost respect for me for not being honest. If I told my truth, Lisa would be mad at me. This is a no win situation for me. Therefore, I just stuck to my truth.”

Watch the fallout between Lisa Vanderpump and Kyle Richards on The Real Housewives of Beverly Hills, Tuesday nights at 9 pm, ET, on Bravo.