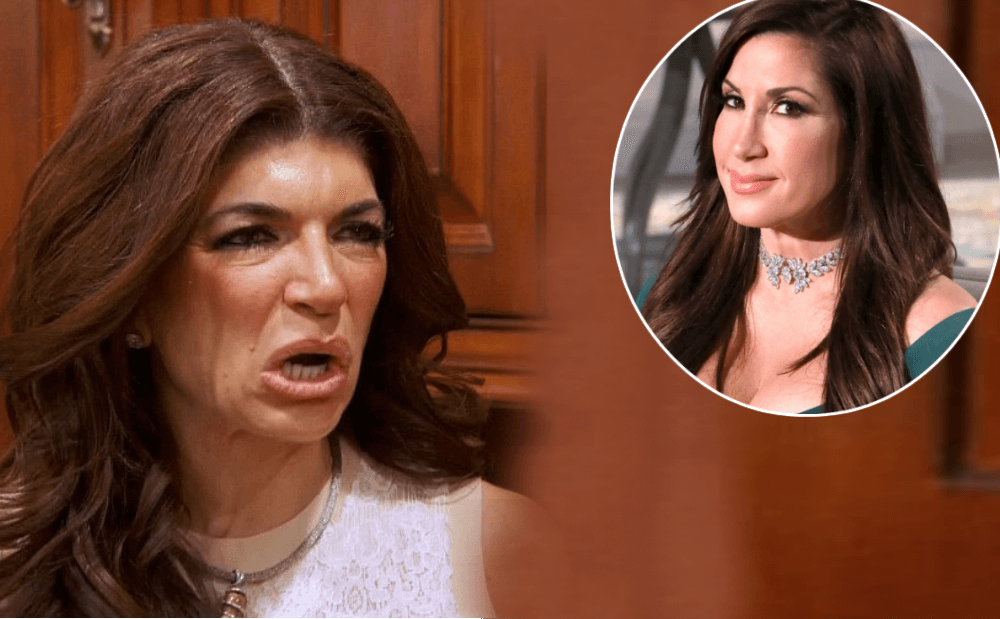 Jacqeline Laurita, 48, is speaking out on Teresa Giudice’s decision to split from her husband, Joe Giudice, amid his deportation to Italy.

The Real Housewives of New Jersey season 9 reunion finale aired March 6 where Teresa Giudice revealed that she and her estranged husband would go their separate ways.

In October, a federal judge ordered Joe Giudice be deported back to his native Italy, upon his release from federal prison in a week and a half.

When responding to a fan on Twitter, The Real Housewives of New Jersey alum, called out Teresa Giudice for breaking up the family.

She choose to stay with him knowing all of that. She called him the love of her life. The kids were sad when their Dad went away. Now they can finally be a whole family unit again. Unless of course, it’s actually not what Teresa really wants… like she said .

When challenged, Laurita explained keeping the family together was better for the children and the family overall.

EXCLUSIVE: Danielle Staub Is Sleeping With Her Best friend’s Boyfriend! Find Out How the Drama Exploded!

They are minors! I never wanted to move either! I’m happy my parents kept us all together and I got to experience all that I did, in retrospect.

That sounds ridiculous. Her and Joe are the parents and if they really want to be together then they can. They are married. The kids will adjust. They are a family.

I don’t think being w/both of their parents is a punishment, away from the kids at school that know their business&make fun of them.Away from the cameras they don’t https://t.co/ZsOjmspg2U think it’s a healthy environment now? I know they miss their Dad & he misses them.

She didn’t go to prison because of him. She had her own part in it. That’s #1. #2 I didn’t choose to move as a kid. My Dad was stationed somewhere and my mom took me and my siblings and went with him.

Jacqueline further clarified that Teressa made her decision based on her four daughters preference not to move to Italy.

If she chooses to divorce him for they way she was treated, that’s different, but her decision is supposedly based on her children’s decision not to move.

Share your thoughts on Jacqueline Laurita blasting Teresa Giudice for choosing to leave Joe after he’s deported. Sounds off below!