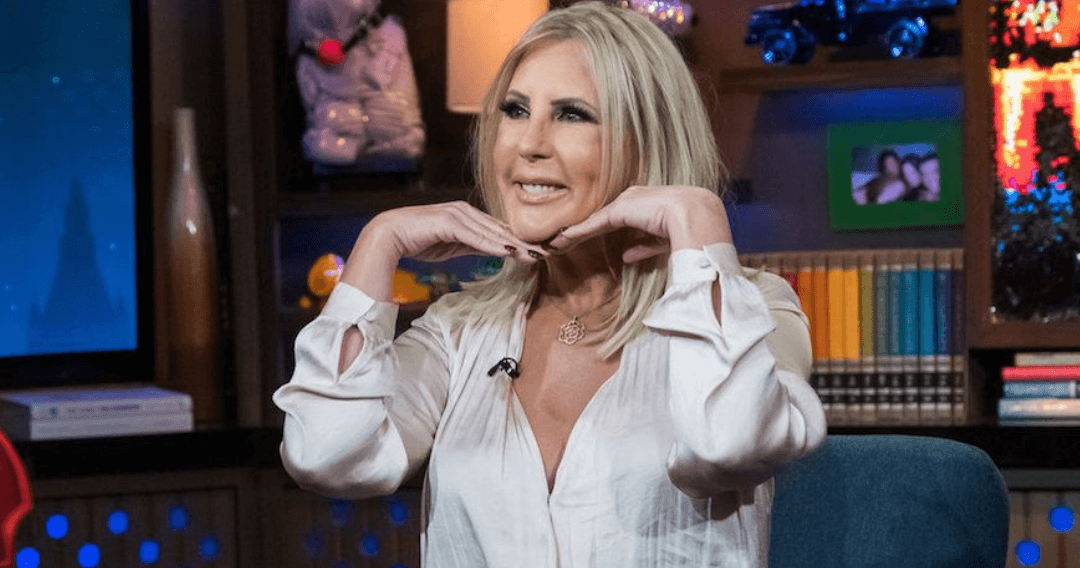 It’s official — Vicki Gunvalson is returning to The Real Housewives of Orange County for Season 14, as a full-time cast member, AllAboutTheTEA.com can confirm.

The ‘OG of the OC’ made the announcement on Instagram Saturday night — informing her 1 million followers that she and her boyfriend, Steve Lodge, completed their first day of filming the Bravo reality series.

First night of filming for me and @stevelodge_oc in the books. Season 14 @evolutionusa #bravo #rhoc

Vicki’s status on the show became a hot topic among the internet and blogs, after Kelly Dodd appeared on Sirius XM show, Jeff Lewis Live, on February 8, and claimed Vicki was demoted to “friend” status.

As fans know, Kelly Dodd  threatened to quit after the Season 13 reunion, seemingly still furious after Vicki accused her of cocaine use during the reunion showdown.

“If they don’t do something to Vicki how could I go back … I’m not going to sell my soul for this ratchet liar!” Dodd told a fan on Instagram in November.

Vicki, 56, fired back in December, calling out  Kelly’s lack of career — Kelly dissing the shot as jealousy. In January, Kelly implied that she’d like to “hit” Vicki “directly in the face,” commenting on a boxing pic, posted by Tamra Judge, “That facelift Vicki got really did malfunction,” Kelly commented in a since deleted Instagram comment.”

Vicki’s Season 14 negotiations were ongoing between Evolution Media (the production company that produces the reality series for Bravo TV) and the Coto Insurance CEO for quite some time — rumors about a demotion and salary cut were all false.

“She [Vicki Gunvalson] got exactly what she wanted contractually and is returning as a full-time cast member.” A source close to the action dished to AllAboutTheTEA.com.

Are you excited to see Vicki Gunvalson on the upcoming season of The Real Housewives of Orange County? Let us know your thoughts in the comments!