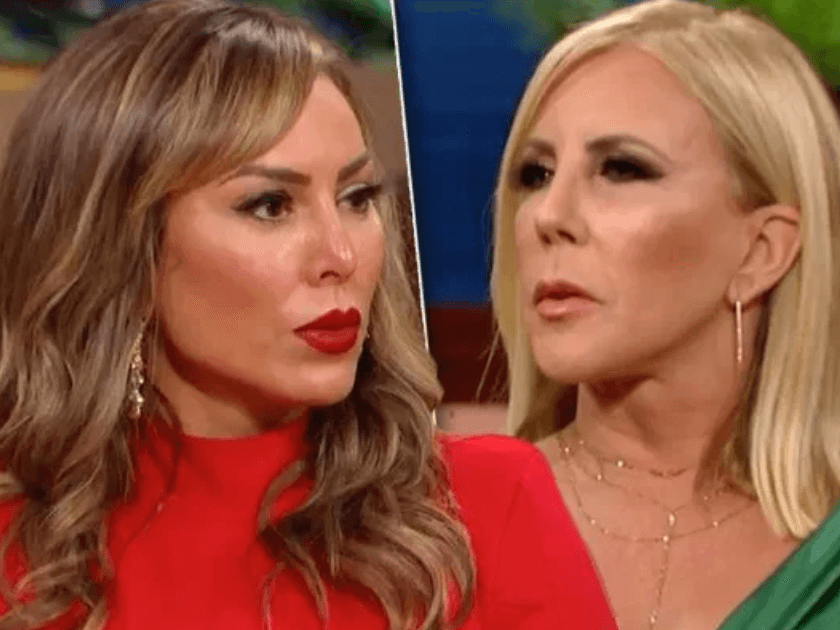 Kelly Dodd is known as a hot head who loses her cool in the face of conflict — and once again,The Real Housewives of Orange County star is violently lashing out.

“In the boxing ring of life, it’s not how hard you can hit, But rather how many times you can get hit and keep moving forward.” Tamra captioned her post — referencing a quote from the movie Rocky.

“In the boxing ring of life, it’s not how hard you can hit, But rather how many times you can get hit ? and keep moving forward” Rocky~.

Kelly, 43, responded to the post  by commenting, “I wish I could do that to someone we know! But hit directly in the face.” 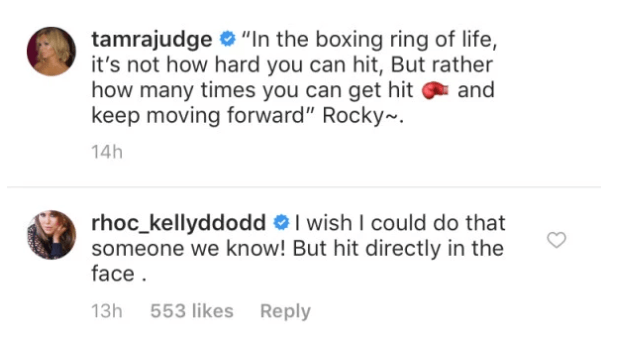 The Real Housewives of Orange County star’s post prompted a fan to inquire if Kelly was referring to Vicki Gunvalson. “Please tell me the initials are V.G….lol,” one fan questioned.

Kelly entered an ugly sparring match with Vicki Gunvalson during season 13 — and their feud escalated when Vicki accused Kelly of drug abuse during the reunion and threatened to quit the Bravo hit if Vicki returned for season 14.

“If they don’t do something to Vicki how could I go back … I’m not going to sell my soul for this ratchet liar!” Dodd replied to a fan’s Instagram comment on November 20.

In December, the Coto Insurance founder took aim at her rival on Twitter, saying that Kelly had “no job or career.”