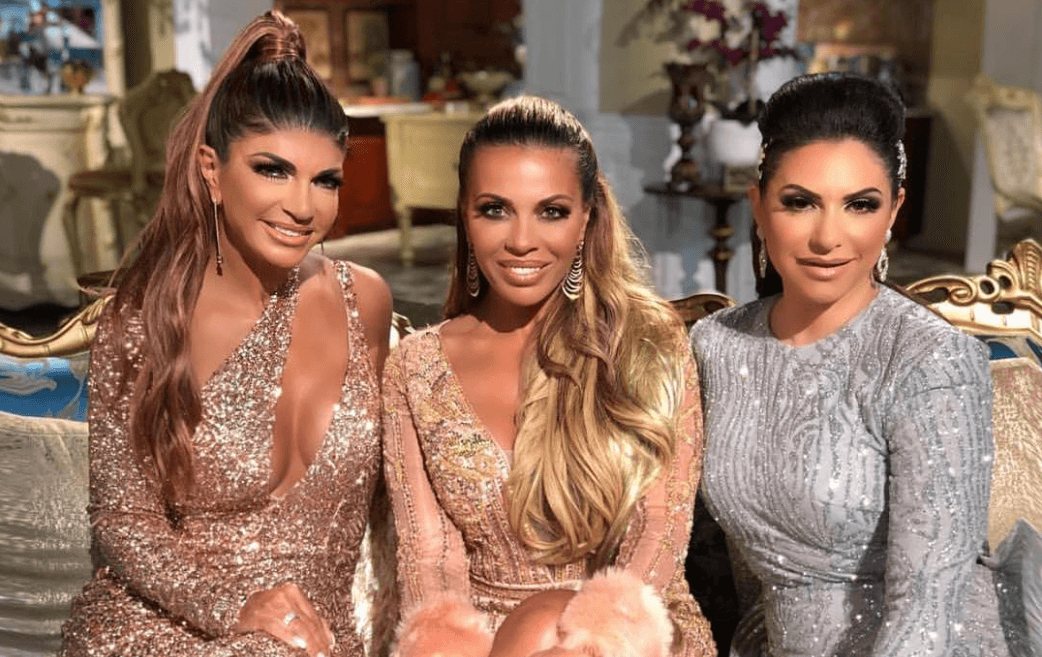 But season 9 reunion will be emotional for Teresa Giudice, as the 46-year-old mother of four breaks down in tears when asked about her future with husband Joe Giudice who will be deported to Italy after his prison sentence ends.

“What you’re saying is that you will go your separate ways?” host Andy Cohen, 51, asks Teresa, who breaks down in tears.

As previously reported, Teresa Giudice revealed at the reunion that she’s divorcing her husband, Joe Giudice, after he’s deported from the United States.

“She didn’t really express any sadness about that,” a second source explained. “She just focused instead on the girls. It was very matter of fact.”

Pretty hypocritical considering Teresa has said numerous times that she he would consider moving overseas with.

“I mean, Italy’s a beautiful place to live,” Teresa Giudice said at the season 8 reunion. “I wouldn’t mind, you know, I’m just saying. Listen, whatever God has planned for me, that’s what’s going to happen. I will embrace it the best I can.”

But this time, Teresa tells host Andy Cohen that she had discussed the possibility with their four daughters — Gia, 18, Gabriella, 14, Milania, 13, and Audriana, 9 — and said that they would stay in the United States without him.

According to a second source, Cohen then pressed Teresa about what would happen to their marriage, and she confirmed they’d split. “She didn’t really express any sadness about that,” the second source said. “She just focused instead on the girls. It was very matter of fact.”

Press play below to watch a snippet of the Real Housewives of New Jersey dramatic three-part reunion (scroll thru):

Joe, 46, is currently serving a 41-month prison sentence for mail, wire and bankruptcy fraud that began in March 2016.

In October 2018, judge, John Ellington ruled Joe be deported back to his native Italy, upon his release from federal prison in March 2019.

Joe had one final chance to appeal the decision by November 9, but The Real Housewives of New Jersey star accepts unless “something extraordinary happens,” Joe will be kicked out of the country.

The 46-year-old fought hard to reverse his deportation order — claiming he considers himself to be American, having spent a large part of his life in the US, and being married to an American citizen and having four children birthed in America.

Part one of the reunion kicks off on Wednesday, February 20, with Margaret and Jennifer engaged in a heated screaming match regarding their ongoing beef this season. Jackie is in the hot seat when Teresa accuses her of having ulterior intentions about joining the show and makes it clear that she will never forgive what Jackie said about her husband.