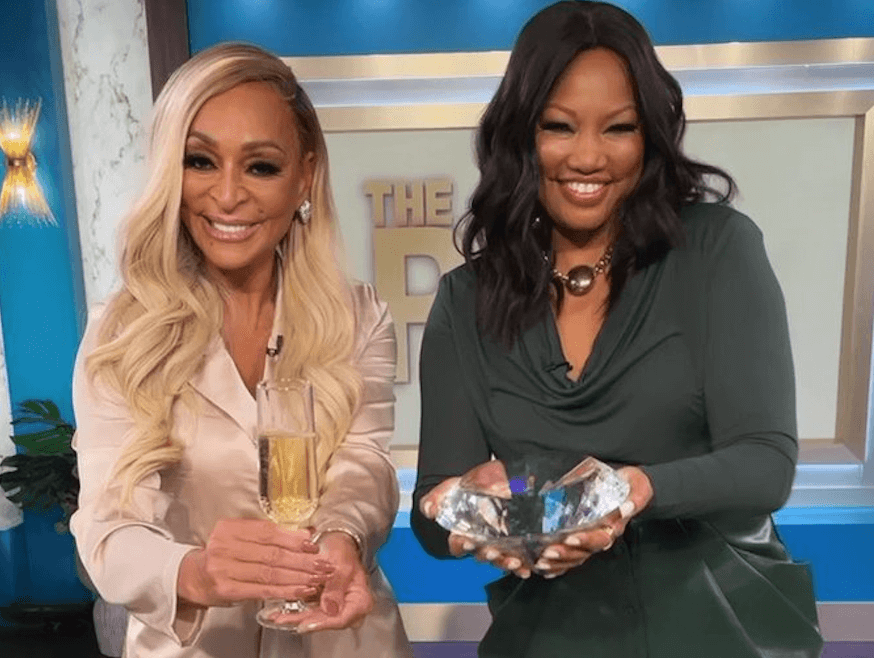 The Real Housewives of Potomac are taking over “The Real” this week. The talk show announced the news over the weekend, on Instagram.

“It’s “The Real Housewives of Potomac” Takeover Week and ALL of the #RHOP Housewives are HERE!” the show announced. “From The Grande Dame @officialkarenhuger to @gizellebryant, @mrs.miathornton, @ashleyboalchdarby, @candeegal09, @wendyosefo, and @robyndixon10, it’s going to be one JUICY week! Plus, we bring attention to Domestic Violence Awareness Month, and we discuss the latest in social media with Essence magazine in “The Social Feed.”

The regular “Real” panel spoofed a “Housewives” opener to promote the RHOP “Takeover Week,” on Sunday. Real Housewives of Beverly Hills star, Garcelle Beauvais, a regular on “The Real,” will directly relate to a “Housewife” swapping roles as a chat show host.

“It’s “The Real Housewives of Potomac” Takeover Week, and we’re kicking things off on Monday in a MAJOR way with The Grande Dame herself, @OfficialKarenHuger!” the show announced.

Karen posted a thank you video alongside Garcelle, on Monday.

Karen quipped that Minaj “has the hots” for her husband, Ray, before going on to say that the reunion will be “legendary” and “everything.”

Robyn Dixon and Mia Thornton will host on Tuesday, and Candiace Dillard-Bassett will take over on Wednesday. Ashley Darby and Wendy Osefo will keep the chatter going on Thursday, before Gizelle Bryant puts her hosting skills into action, on Friday. Gizelle regularly hosts “Bravo’s Chat Room” alongside Real Housewives of Atlanta alum, Porsha Williams.

Candiace recently claimed that Nicki “obliterated” someone during the recently filmed Real Housewives of Potomac reunion series—but shot down the rumor that she was Nicki’s target.

Nicki appeared to downplay a previous report that alleged that the artist took hard aim at Candiace, during the post-reunion IG Live session.

“The Real” airs every weekday—check local listings for information.