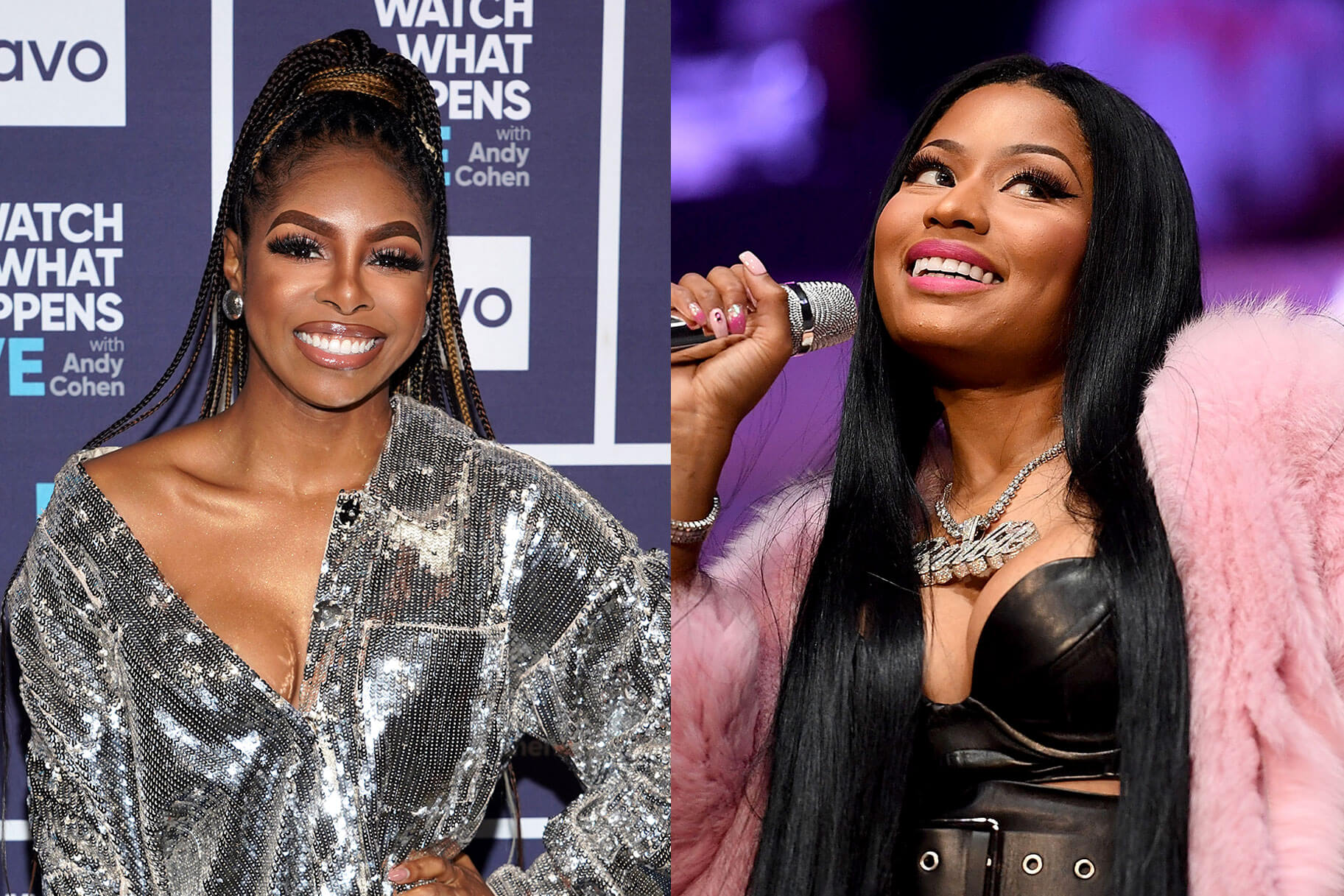 Candiace Dillard Bassett is claiming that Nicki Minaj “obliterated” someone during the recently filmed Real Housewives of Potomac reunion series—but is shooting down the rumor that she was Nicki’s target.

Fans have been critical of Candiace’s behavior during the current season, especially in light of last season’s brawl with departed cast member, Monique Samuels. Gizelle Bryant, Robyn Dixon, and Ashley Darby have pointed out that they’ve seen little growth in Candiace this season, and many viewers were excited to hear that the famous rapper put her on blast.

As reported earlier this month—Bravo made Nicki Minaj’s dream come true when the network invited her to take the stage during the recently filmed Season 6 reunion series. The singer follows her favorite “Housewives” on social media, including Karen Huger and Robyn Dixon, and has been outspoken about being a RHOP superfan.

Nicki noted that the women were “all charming in person” and added that she understood why they were all cast on the show.

“Yes, I think I went hard on everybody equally,” she laughingly admitted, during her recent Instagram Live chat. “They’re tough girls on that show.”

Nicki’s IG Live comments appeared to downplay a previous report that alleged that the artist took hard aim at Candiace.

“She came hard for Candiace [Dillard] and read her,” a source close to production told Hollywood Life, last week. “It was an epic moment.”

A Twitter fan asked the reality star who Nicki mixed it up with the most, and Candiace offered an interesting response.

“I would tell you who was completely obliterated but I want to keep my job,” the Bravo star tweeted.

Related Items:#RHOP, Candiace Dillard, featured, Nicki Minaj, Real Housewives of Potomac
Nicki Minaj Says She ‘Went For The Jugular With Everyone’ During ‘RHOP’ Reunion!
‘RHOP’ RECAP: Candiace And Mia Have A Heart-To-Heart As Drama Continues On The Couple’s Trip!
Comments
To Top
Loading Comments...