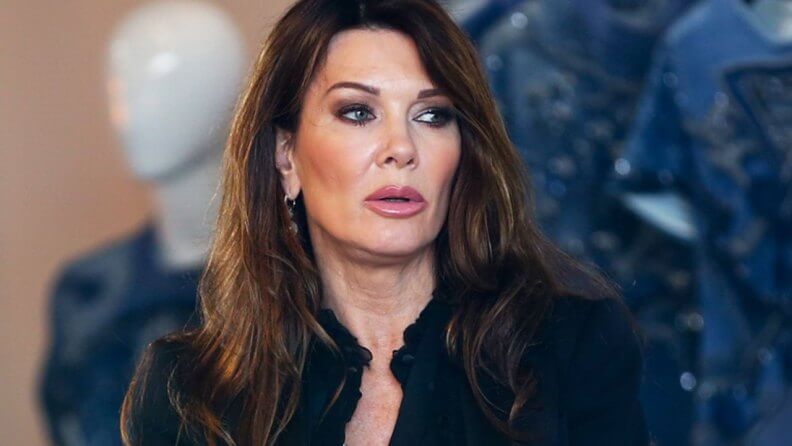 Kyle Richards and other past/present Real Housewives of Beverly Hills stars are sounding off about producer, Chris Cullen, busting Lisa Vanderpump for lying about her involvement in the Season 9 “Puppygate” scandal.

Cullen spilled the tea to Dave Quinn, author of “Not All Diamonds and Rosé: The Inside Story of The Real Housewives from the People Who Lived It,” confirming that Lisa was behind the tabloid story about Dorit Kemsley’s botched dog adoption, a story she denied leaking.

It didn’t take long for Kyle, Dorit, and Teddi Mellencamp to react to the juicy confirmation.

“Well shucks,” Kyle wrote on October 19, alongside a clip of Lisa calling her a “liar” after being accused of dishing the story to the press.

The RHOBH veteran added a “Welp” for good measure.

Kyle revealed a message from a fan page set against Miranda Lambert’s “White Liar,” where a viewer told the Season 9 cast—“You are all vindicated.”

Fans will remember that Lisa’s co-star, Dorit Kemsley, adopted a pup from Vanderpump Dogs but later gave the pooch to another family after determining that the dog wasn’t a good fit for her family. The family later placed the dog in a kill shelter, and word got back to Lisa. Lisa confronted Dorit about the situation and an anonymous insider later leaked the story to Radar Online.

Lisa Rinna posted a screenshot of the Page Six story that featured Cullen’s remarks about the “Vanderpump Rules” boss.

“When [Lisa Vanderpump] lost the narrative in the show, and she realized that it wasn’t going the way she wanted, that’s when she leaked the story to the press,” he said.

Rinna captioned the share, “Oooh the truth always comes out.” The reality star added a snap of herself flipping off a “Watch What Happens Live” camera, in a second post.

RHOBH alum, Teddi Mellencamp, shared a viewer IG Story post that read that everyone “owes [Teddi Mellencamp] an apology for scapegoating her for this.” Teddi sounded off about the news writing—“lol. Just opened my DM’s. The apologies are coming in hot. And by hot, I mean I got like [seven] of them.” The former Bravo star set her comment against Justin Bieber’s “Sorry.”

Dorit shared a post from a Bravo fan page on her own page, alongside a Reality Blurb article about the producer busting Lisa.

“We know this but she can’t deny it now,” the fan account wrote.

Lisa claimed that she told “Vanderpump Dogs” executive director, Dr. John Sessa, that she did not want the doggie drama brought up on camera.

Sessa revealed that John Blizzard, the organization’s events coordinator, had already dished the dirt to Teddi Mellencamp, which opened the floodgates for the Season 9 storyline.

“[John Sessa] told me three times to text Teddi,” Blizzard claimed during an appearance on the “Behind the Velvet Rope With David Yontef” podcast “He wanted it out there. He wanted to take Dorit down [and] he used my friendship with Teddi to create a whole storyline. He didn’t want to give Dorit a free pass because it was the first time a dog had ever been dropped off at a kill shelter, and for somebody that was supposed to be Lisa’s best friend, to drop it off, it just wasn’t okay.”

Dorit later shared the text message exchanges she had with Blizzard to prove that she did not leak the story.