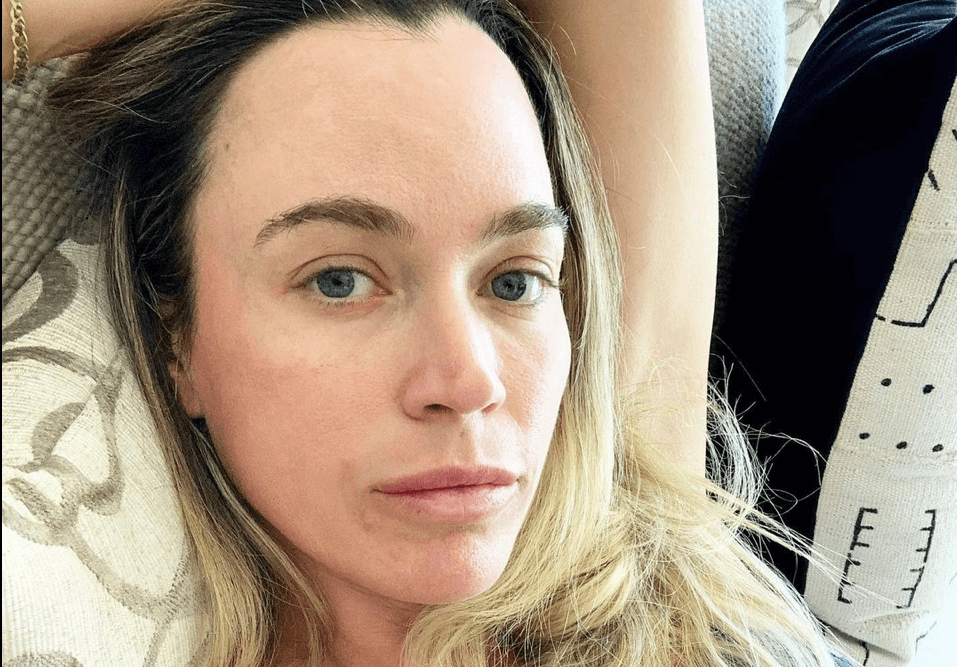 Real Housewives of Beverly Hills alum, Teddi Mellencamp, suffered a blackout incident that caused facial injuries, as her former co-star, Kyle Richards, was rushed to the hospital after a scary run-in with a beehive.

Teddi posted a snap of the injuries to her face, which took a direct hit after the former reality star blacked out. Teddi posted a bare-faced selfie that revealed a bruised cheekbone, black eye, and busted lip. She shared that she suffers from Vertigo while recalling the incident.

Teddi explained that her daughter yelled for her at 4 am, causing her to react at top speed.

“I jumped up at mock speed and sprinted in there,” Teddi said. “By time I got to her room, my eyes went black and I fainted and busted open my cheek and lip.”

Teddi’s daughter was just fine—but the same couldn’t be said for the ex Bravo star.

“Luckily all was good with Slate and something worse didn’t happen to me,” she wrote, “that being said, I can’t go onto Webmd because it’s sends me spiraling so any tips appreciated.”

Teddi confirmed that she planned to see a doctor to address the Vertigo, but reminded her followers at the time that it was Sunday.

Teddi’s former co-stars chimed in with messages of support.

“OMG FOX FORCE IS FALLING APART TODAY !!!!! Did tequila terry go to Slates room or was it Teddi ? Asking for a friend,” Lisa Rinna joked.

Teddi replied— ‘@lisarinna lol. I wish I could blame Terry for this.’

“No! You and Kyle both!” Dorit Kemsley wrote.

“We are a good team,” Kyle remarked, adding the hashtag ‘#hotmessexpress.”

Teddi updated fans on Monday, sharing that two of her teeth were “feeling loose” after her fall.

Teddi’s accident coincided with Kyle Richards’ weekend encounter with a swarm of angry bees. The reality star posted an update on her Instagram Story on Sunday, sharing that she’d been sent to the ER on Saturday after being attacked by a bunch of bees. The RHOBH star, who revealed that she’s allergic to the insects, jumped into her pool to escape the attack. She shared that she couldn’t get her EpiPen to work for some reason, which landed her in the hospital.

Teddi’s episode comes months after suffering a foot injury during a lively game of pickleball.

As reported in January—Teddi laughed off the foot injury when sharing about her ordeal with fans.

“I gave 2020 the boot— and 2021 returned the favor! 4-6 weeks to be exact,” she said in a shared Instagram snap’s caption. “Starting Monday because apparently foot fractures are all the rage and there’s not a boot in all of LA! See you Monday @weissorthopedics. The silver lining: it’s called a ‘dancer’s fracture’ so I’m basically a ballerina now. Pickle Ball: 1. Teddi: 0.”