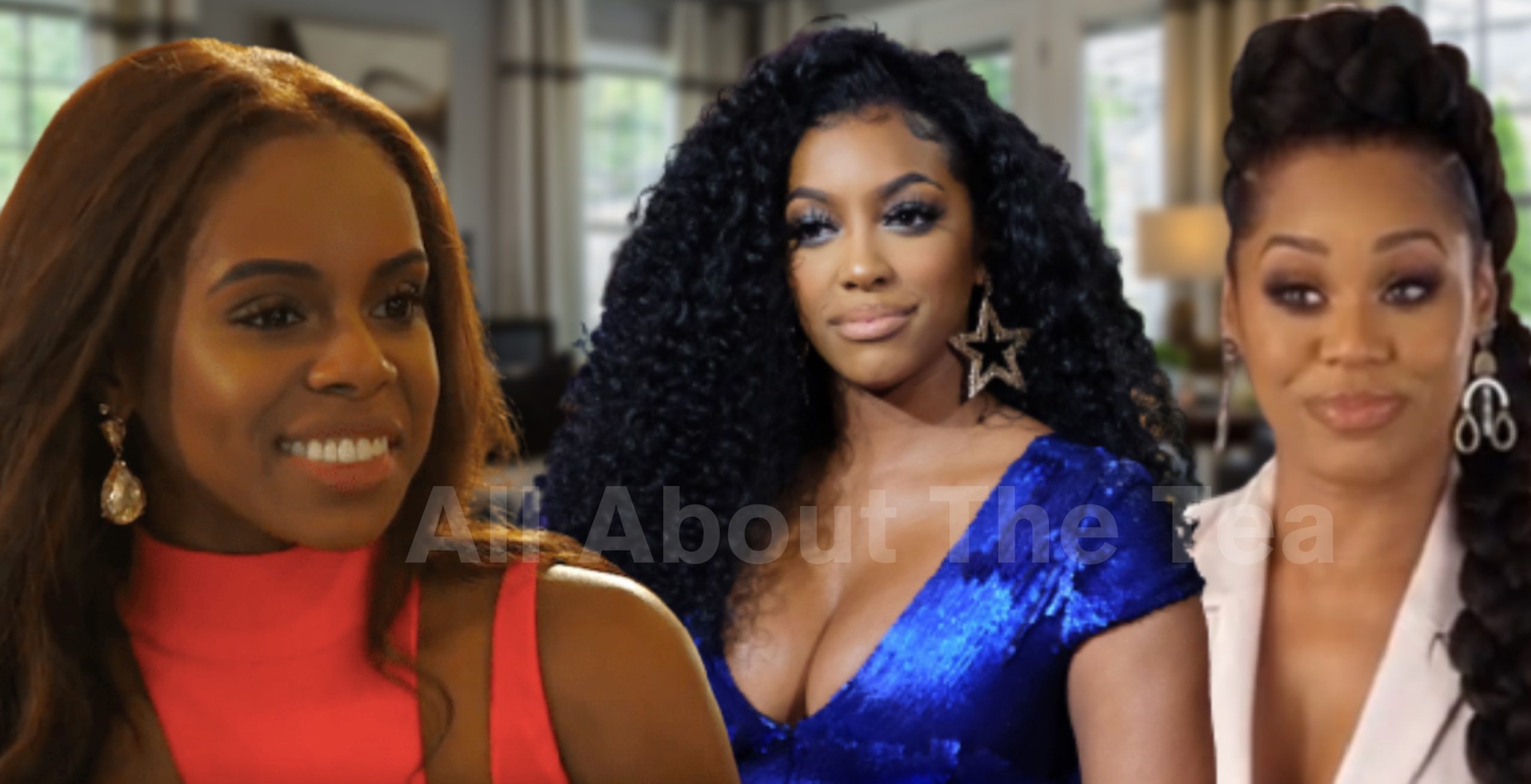 As AllAboutTheTea.com readers know, Gizelle Bryant, Robyn Dixon and Wendy Osefo sat on their high horses with their noses in the air while descending judgement on Monique Samuels for dragging Candiace Dillard.

During a recent airing of Bravo’s Chat Room, which is hosted by Porsha Williams, Gizelle Bryant, Kate Chastain, and Hannah Berner — Porsha came to Monique’s defense. When asked if the fight is a sign that Monique needs anger management, Porsha responded:

“I went to anger management because I needed to go at the time. Here’s the thing about anger management: the first thing that they tell you when you sit down is that this is not about your anger. You being angry, you being upset, you being all of that is an emotion. It’s you just being able to control and be aware of what you’re feeling.”

Porsha praised Monique for taking accountability for her part in the fight and feels Candiace has yet to do the same.

Porsha Williams agreed with many RHOP fans, who believe Wendy Osefo was too judgmental during the sit-down.

“The only thing I don’t really like about it was Wendy put a lot on Monique’s back,” said Porsha. “I understand the stereotype of Black women etc, but with the shows that we’re on, everyone is living real life. Nobody is perfect and we all do crazy stuff. We curse, we fuss, we go low, we go high. It’s hard to judge someone off of one situation.”

Porsha Williams had her own fight with fellow Real Housewives of Atlanta cast member, Kenya Moore, in 2014. In that fight, Porsha was taunted and provoked by the former Miss USA — leading Porsha to snap and drag Kenya from her chair.

“At the end of the day, any type of altercation period, they’re going to compare us. Especially if it happens on these cameras. Now in my situation, I felt provoked, and that’s a personal feeling,” Porsha stated.

The Real Housewives of Atlanta star continued, “I personally felt provoked and pushed to that level. Now, Monique, she may feel that way, as well. I just feel like in her case, it kind of built up, and I just feel like we shouldn’t judge her.”

Gizelle Bryant chimed in stating the two fights shouldn’t be compared because Porsha was apologetic.

Share your thoughts on Porsha Williams siding with Monique Samuels in the winery brawl. Sound off in the comments below!

The Real Housewives of Potomac airs on Sundays at 9pm ET, on Bravo.