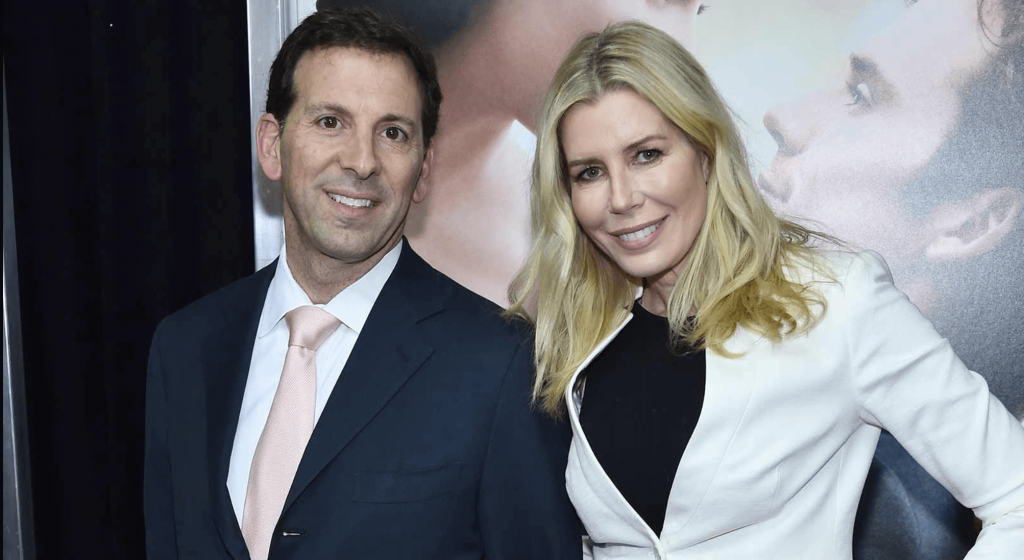 Designer and Queer Eye star, Bobby Berk, appeared on The Jenny McCarthy Show Thursday, and opened up about Aviva Drescher stealing from his store and his reluctance to work with celeb clients after the experience.

According to Bobby Berk, the former Real Housewives of New York City star ‘literally stole’ items from his store and attempted to ‘bully’ him into designing her house for free. When the interior designer confronted her, Aviva Drescher allegedly threatened him.

“We have a few celebrity clients that we’re working with, friends of mine,” Bobby Berk told McCarthy. “Because of the show, I don’t really have a lot of time to take on individual clients since the one’s we’re working on are my friends, we’ve been doing it.”

“Celebrities can be a pain in the ass sometimes,” he continued, to which McCarthy laughed in agreement. “A lot of times there can be some that expect everything for free.”

Bobby Berk then recalled the negative experience he shared with a mystery “RHONY” star, and while he never mentioned Aviva Drescher by name, many figured out who he was referencing.

“I had a New York Housewife come into my store years ago in New York, and [she] was like, ‘Oh, I’m buying this new place.’ Turns out, of course, she wasn’t buying it. She didn’t even own the last one she had on the show that she said she owned,” he said. “She’s like, ‘I want you to come in and design it all. I’m gonna put you on the show.’ And I wasn’t on TV yet. I still kind of liked the Housewives, so I was like, ‘Oh, OK, but just so you know, I’m not doing it for free. I don’t need to do it for free. I don’t necessarily know if the Housewives is really the exposure I want anyways, so I’ll do it for you at cost.’ And she’s like, ‘OK, OK, that works.'”

“Then her husband calls and her husband’s like, ‘No, you just really need to do this for free,’ and tried to bully me into doing it for free,” Berk continued. “Finally I was like, ‘You know what? I’m not only not doing it for free, I’m not doing it anymore. I don’t need this.’ She came into my store the next week when I wasn’t there and told my staff that I had said she could take anything out of the store that she wanted to design her house for the shoot and here was her credit card and ‘If I don’t bring anything back, if I like something, you can just charge the credit card.'”

Aviva Drescher and her husband, Reid, appeared on seasons 5 and 6 of The Real Housewives of New York City.

Aviva Drescher is most infamously known for tossing her prosthetic leg across a crowded restaurant, was also accused of extortion in a lawsuit back in 2014.

According to a suit filed by artist, Matthew Satz,  Aviva Drescher, 49, held five pricey paintings “hostage” in an effort to extort $5,000 from the artist.

The drama started in June 2013, when the artist asked Aviva Drescher and her husband, Reid Drescher, to display his artwork in their NYC apartment to gain exposure amongst their rich friends. The agreement was the “works would receive extensive coverage during tapings of her show.”

But when a friend of the Aviva Drescher’s expressed interest in buying one of the paintings, “Pink Smoke Painting,” for $50,000, Aviva Drescher importuned the artist to pay her a commision of $10k for being the middle man for the deal.

The couple are in possession of “five original artworks’ that they are holding ‘hostage’ until the ‘ransom,’ is paid — according to court documents.

The suit details unscrupulous behavior by the couple, who urged the artist to increase the price of the painting to $60,000 so she could collect the $10,000 difference.

When the artist declined to hike the price because he wasn’t “comfortable doing that and that he viewed it being dishonest,” the filing states, but Reid allegedly told Satz the collector “can afford it.”

Aviva Drescher denied the allegations and said she offered to give Satz his work back last week.

“I asked Matt to remove the artwork on Friday immediately, and he didn’t do so. That’s all there is to say,” she told The Post. “There’s no story here. He didn’t remove his art when I asked him to.”

Bobby Berk blasted Aviva Drescher on social media — calling her a con-artist during that time. 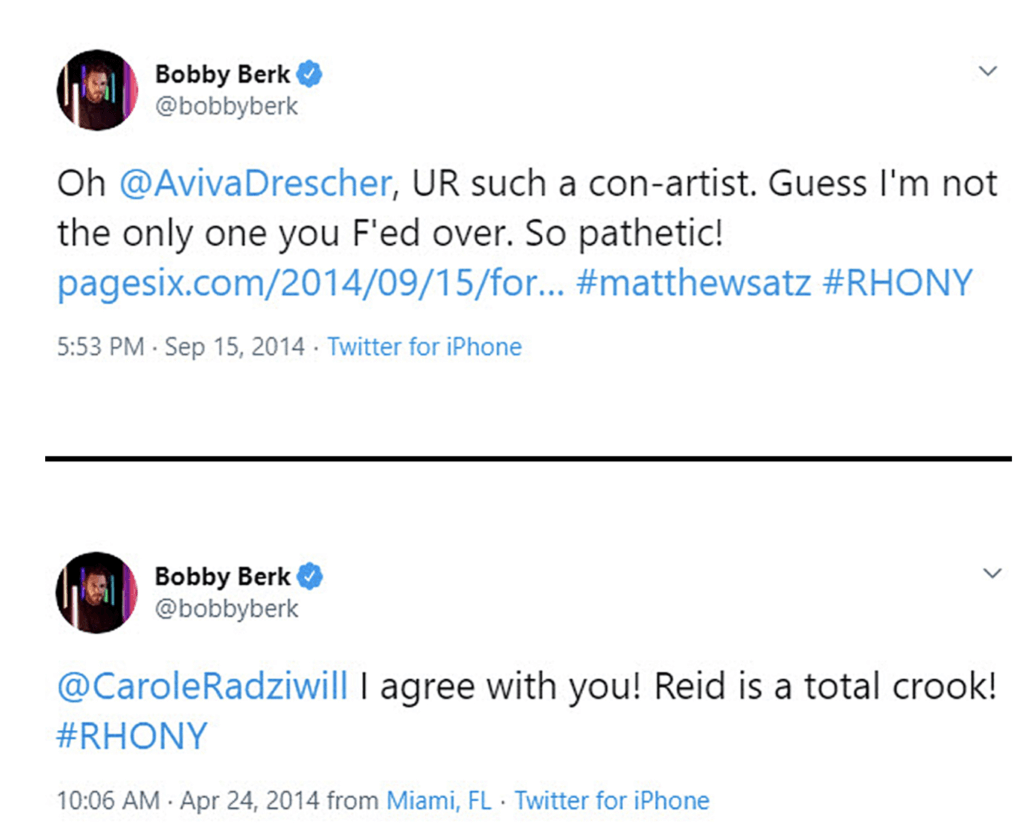 Share your thoughts below on Aviva Drescher and her husband’s illegal and shady business practices. Sound off in the comments!