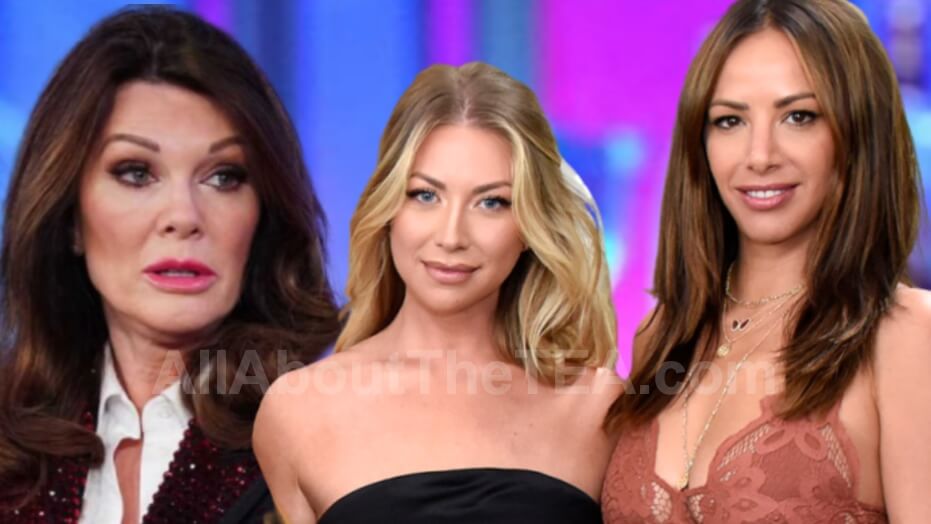 Vanderpump Rules has issued a statement, after four cast members, Stassi Schroeder, Kristen Doute, Max Boyens and Brett Caprioni, were axed from Vanderpump Rules. The two women were fired after a racist incident against their co-star, Faith Stowers was exposed, and the men were booted for using the N-word on Twitter.

Lisa Vanderpump clarified in the statement that she couldn’t speak out until “decisions had been made.”

“As we’ve seen such devastating sadness that has played out globally, we all have a part to play to create a kinder, more just society. My hope is for this generation to treat each other with respect and humanity, and realize that actions have; and should have, consequences,” Lisa Vanderpump said.

“I love and adore our employees and I am deeply saddened by some of the lack of judgment that has been displayed. As many of you know, after watching me for 10 years, I have always been an equal rights activist and ally – my family, my businesses and I condemn all forms of cruelty, racism, homophobia, bigotry and unequal treatment. We’ve never tolerated it in the workplace or our lives.”

Lisa Vanderpump noted that the show only highlights a small portion of her workforce, and that they “have always been a very diverse group of people – every color, ethnicity and sexual orientation.”

Lisa concluded, “The world needs to move forward with a kinder generation. Everybody deserves to feel safe, heard and appreciated in their communities.”

Lisa Vanderpump’s famous eatery is currently boarded up and covered with graffiti — a timely visual reminder of the cast cleanse. The Black Lives Matter tagging occurred before the cast shakeup had been announced, earlier this week.  Interestingly, Lisa decided not to personally fire Max or Brett after learning of their past racist tweets, noting during the recent reunion series that everyone makes mistakes.

READ ALSO: Stassi Schroeder ‘Sad and Crying’ and ‘Angry’ After Being FIRED From ‘Vanderpump Rules’

Faith Stowers spoke to TMZ after Lisa posted her statement, and revealed that no one from the network had reached out to investigate her story. She also expressed her appreciation for Lisa’s decision to speak out, and shared that Lala Kent had also offered support and a renewed friendship.

Share your thoughts on Lisa Vanderpump’s response to the firings and Faith Stowers reaction. Sound off below!