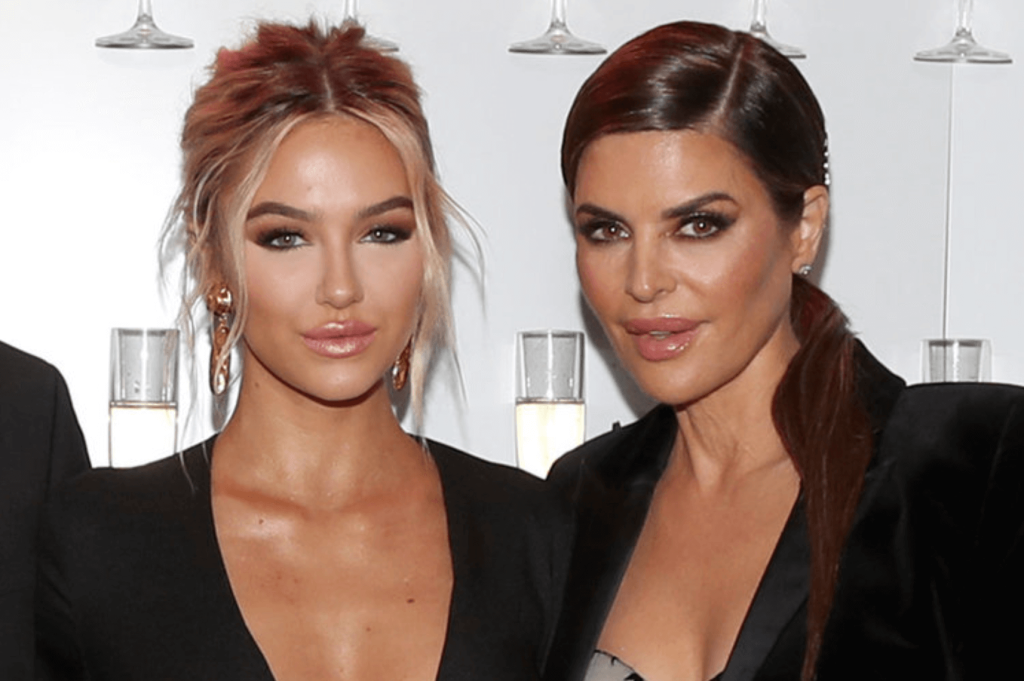 Lisa Rinna is being put on blast after The Real Housewives of Beverly Hills star shaded Denise Richards for being “naive” about what her teen daughters know about her racy past.

Lisa Rinna, 56, was accused of “pimping out” her daughter, Delilah Belle Hamlin, after posting a sexy mother/daughter dance video on Instagram, earlier this week. “Dancing with Delilah! ???? @cultgaia sent us these cute dresses,” Lisa Rinna captioned the video.

“It’s funny Lisa frowned so much at Erica’s club saying she could never picture her girls doing that. They do it ALL the time just for a much bigger audience,” one follower responded.

“You do know they are see-thru? Right?” another remarked.

“Pimping out your daughter. Sad,” another said.

Viewers were unimpressed by Lisa Rinna’s two-time confession, and took to Twitter to sound off. 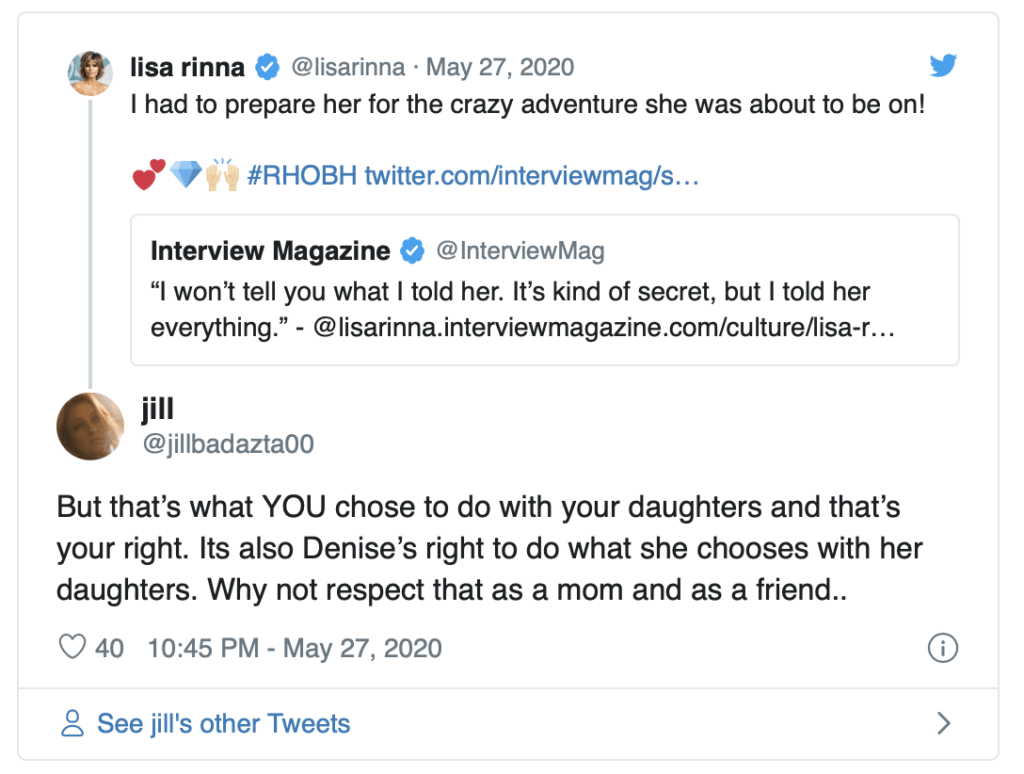 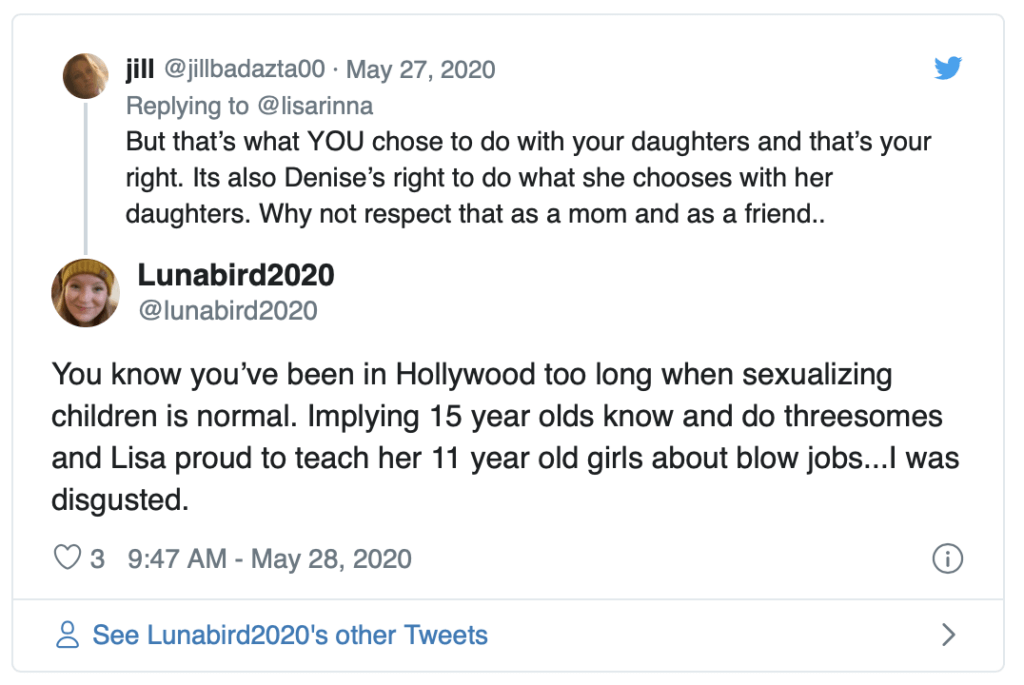 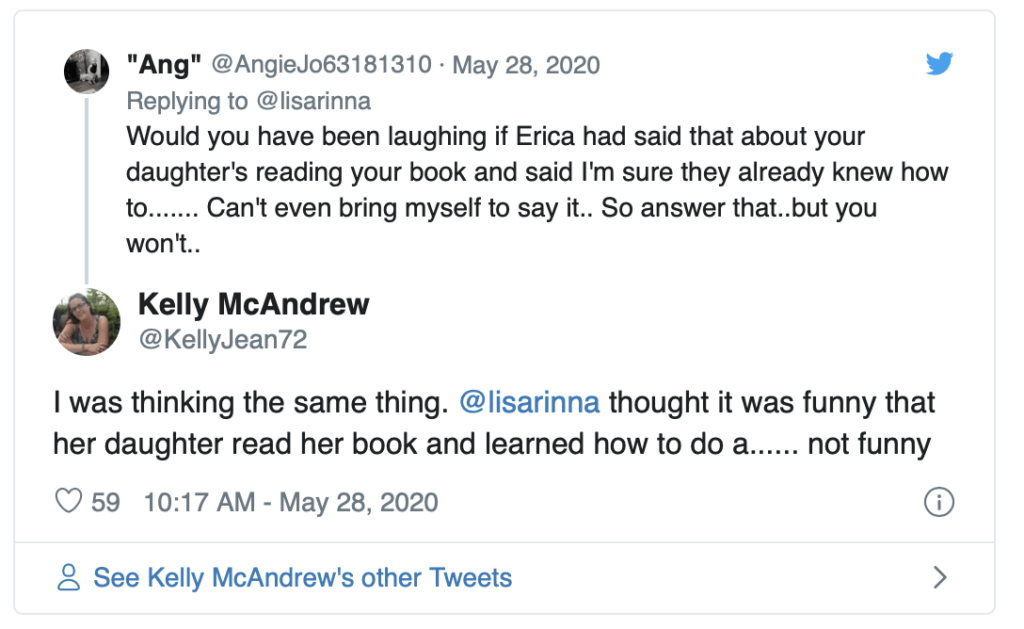