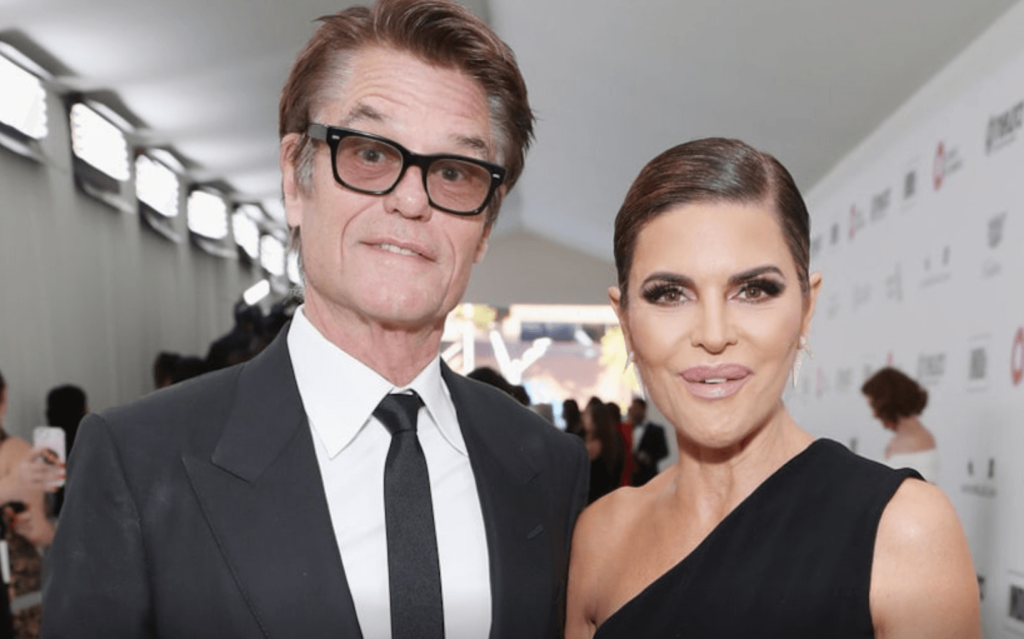 Accusations of reality TV fakery are being fired at Real Housewives of Beverly Hills — and Lisa Rinna is in the hot seat.

A conversation between Lisa Rinna and her hubby, Harry Hamlin, has fans chattering — and some are calling foul on Lisa Rinna’s “own it baby” reality TV game.

Bravo aired a staged chat between Lisa Rinna and Harry Hamlin on Wednesday’s episode — and it appears that Hamlin let it slip that the couple might be living apart, during the filmed exchange.

“I was really glad that I said ‘I just got back I’ve been gone for six weeks, can we have dinner,’ and they [Delilah and Amelia] both said ‘yeah let’s do it,’ I didn’t expect that…..” Hamlin commented, about the couple’s young adult daughters.

“They said ‘no I want to come over and see you,’ so that was so great, I was happy about that,” he added.

Harry Hamlin admitting he doesn't live with Rinna. Their daughters live at home. Why would they need to "come see" him when he returns to BH? Guess we won't be talking about this all season #RHOBH pic.twitter.com/Zo3IuJE8Ec

“You’re in good shape right now! Is that from your play?” Lisa Rinna asked Harry Hamlin, during the episode.

It was explained that Harry Hamlin was performing in a play in Delaware at the time, and presumably living part-time in the family home with his wife and daughters.

Loyal fans will remember when RHOBH alum, Kim Richards hinted that she was ready to spill some covert tea about Hamlin during a Season 5 cast trip to Amsterdam. Rinna shut down Kim’s plan to “talk about” her husband by melting down and smashing a glass during a filmed cast dinner.

Lisa Rinna noted at the beginning of the season that sharing your real life in the Bravo spotlight “isn’t for everyone.” Could Lisa Rinna be pulling a fast one — and hiding a broken marriage?