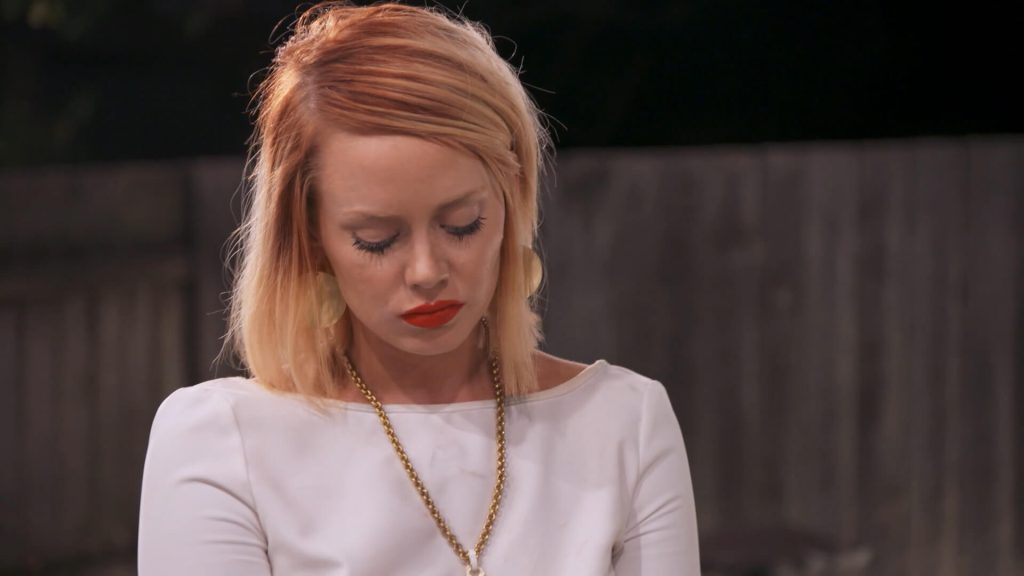 Southern Charm star, Kathryn Dennis, is speaking out after she was accused of exposing Cameran Eubanks’ husband’s alleged affair. The reality star also addressed reports slamming her as a racist, following a dicey social media blowout.

“I’ve been quiet since all this started and told not to post anything but I can’t stand it anymore,” Kathryn Dennis wrote on her Instagram Stories on Sunday. “Y’all have to know that this whole thing has been blown out of context. I’m freakin heartbroken and SO depressed because of the way I’m being portrayed is totally not true!!!”

Tamika Gadsen shared messages sent by Kathryn Dennis, in which she was called a “weenie” and told to “grow a pair” — a monkey emoji embellishing one of the messages.

Kathryn Dennis said on Instagram that she uses “that emoji all the time bc it looks silly and awkward and that’s my baseline. The account was anonymous I didn’t even know who I was messaging????”

“To all those asking why Cameran, Chelsea [Meissner] and I (and anyone with a life they want to protect) quit the show. It’s sh*t like this. Shame on you @kathryndennis for this and MANY other things,” Olindo wrote.

Kathryn Dennis shut down the cast chorus — labeling the accusation “not true.”

“And it’s not fair,” Kathryn said. “And I see now that I’m back on IG that some*** people are thrilled to use this situations to come up on their own. Use for their own benefit. But I’m not gonna let that happen. Never have never will.” 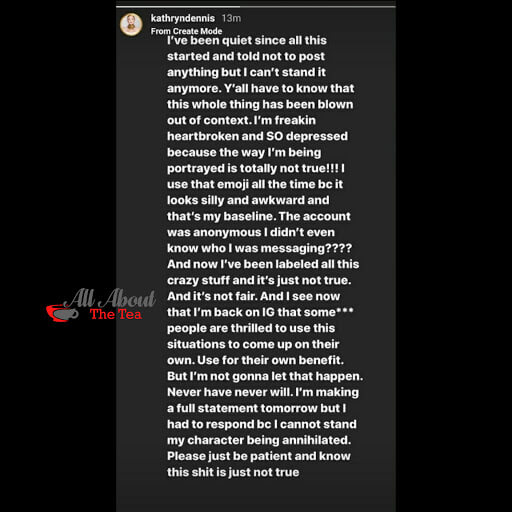 Kathryn Dennis promised that she would soon release a full statement— but “had to respond bc I cannot stand my character being annihilated. Please just be patient and know this sh*t is just not true.”

Southern Charm production halted in April, due to the coronavirus pandemic. The show’s return date has not been announced.