The Southern Belle is BACK! We’re happy to announce that Phaedra Parks is in negotiations to return to The Real Housewives of Atlanta!

Phaedra Parks, 46, was fired from the Bravo reality series in 2017, after Porsha Williams put her on blast for spreading scandalous drug/ sex rumors about Kandi Burruss  and Todd Tucker. The couple fiercely denied the rumors.

“Phaedra is in talks to come back to the show,” a source told The Sun.

“RHOA is still the highest-rated Housewives series, but producers feel it hasn’t been as interesting so they want Phaedra to return.”

Reportedly, Kandi Burruss “isn’t happy” about Phaedra’s potential comeback. NeNe Leakes has said that she would “like to see Phaedra back on the show.”

Phaedra Parks’ ex-husband, Apollo Nida, was released from prison in 2019. The duo shares two sons, Dylan and Ayden. Apollo was sentenced to eight years in prison after he was busted for cashing stolen checks and laundering $2.3 million through bogus bank accounts.

The lawyer revealed her latest beau, Medina Islam, on Instagram in September. 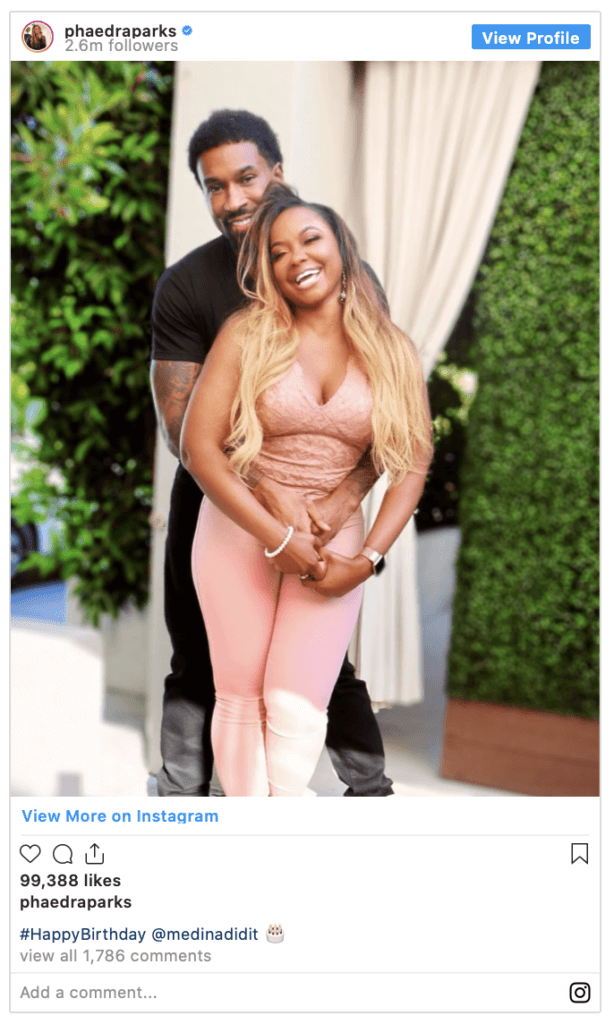 Would you like to see Phaedra Parks win her peach back? Sound off in the comments!

Watch the Real Housewives of Atlanta virtual reunion, Sunday, May 10 at 8 pm, ET, on Bravo.