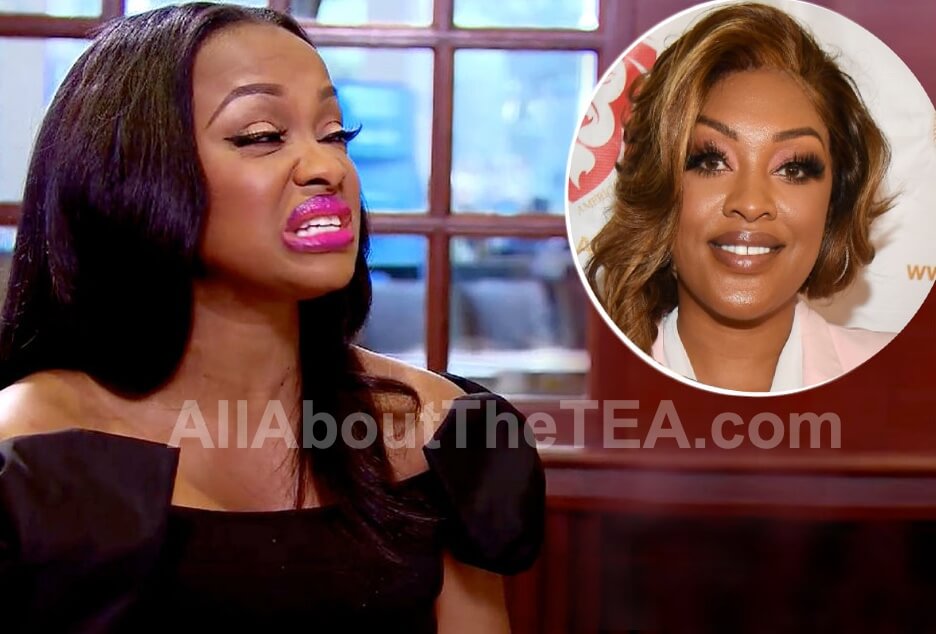 As fans know, Angela Stanton wrote and published a scathing tell-all book titled, Lies of a Real Housewife: Tell the Truth and Shame the Devil.

Angela Stanton says in 2004, Phaedra Parks, Apollo Nida and herself ran an insurance fraud scam involving identity fraud. The scam involved opening bank accounts, using fake id’s, depositing fake checks into bank accounts and withdrawing the cash. The same crimes in 2014 — Apollo Nida was convicted of and served 6 years in prison for. The fact Apollo Nida was convicted of identity fraud involving the same scam Phaedra is accused of masterminding in 2004, speaks volumes of Phaedra’s knowledge, involvement and guilt in Apollo Nida’s crimes.

Phaedra Parks denied the allegations in Angela Stanton’s book, and sued her former friend for defamation in 2012.

The defamation lawsuit went on for years with Phaedra Parks filing various frivolous motions — eventually the case was dismissed with prejudice in June 2016.

Had Phaedra Parks seen her day in court, she would have had everything to lose — in terms of her reputation and future business opportunities — by admitting to any of Stanton’s criminal conduct allegations.

Angela Stanton, an author and TV personality, appeared on TMZ Live Wednesday and was over the moon after getting the pardon news on her birthday.

Angela Stanton’s pardon means her 2004 criminal conviction has been wiped clean from her record and she’s no longer a felon.