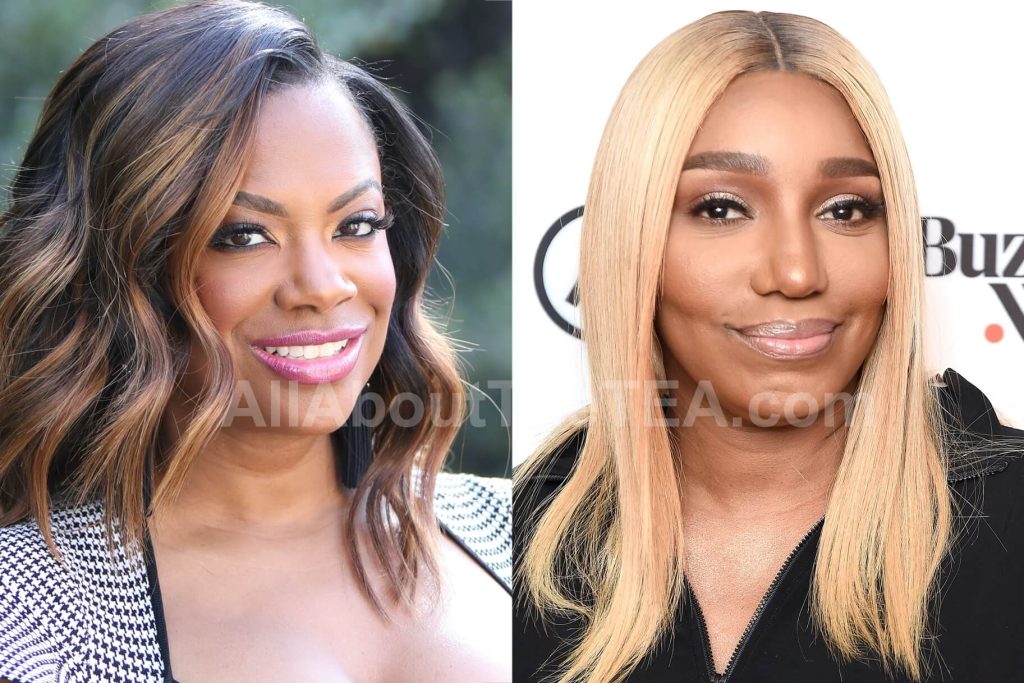 NeNe Leakes reportedly walked off camera during the virtual Real Housewives of Atlanta reunion — and has since revealed that she was compelled to seek professional help, because she felt targeted by the cast. Kandi Burruss is now calling NeNe’s disclosure an attempt at “damage control.”

The Real Housewives of Atlanta reunion trailer revealed Kandi Burruss and NeNe Leakes facing off, as the cast hashed out the season. In Kandi Burruss’ latest YouTube share, the songwriter rewound her interactions with NeNe, after a commenter accused her of being afraid of confronting her co-star.

“To be clear, I’m a Taurus woman. My birthday’s coming up soon. Typically we can be very calm, until we blow up on your a–. There was some crazy arguments during the reunion,” Kandi Burruss said. “There has been one of us in the bunch, who has been going on and doing a whole press tour about the reunion, trying to tell everything that happened from their side before it happens. To me, I think it’s personally damage control.

“And yes I’m talking about NeNe Leakes, I’m not even gonna tiptoe around it,” she continued. “She’s definitely been doing some damage control tour all around.”

“I’m gonna talk more about it when the reunion comes on because I don’t wanna give away things that haven’t played out yet,” Kandi added.

Viewers know that tensions flared between NeNe and Kenya Moore, after Kenya stepped into her conflict with Cynthia Bailey. Cast drama heightened after NeNe reconciled with Porsha Williams, and NeNe hinted that Kandi was in the mix, during post season interviews.

Kandi Burruss revealed that the reunion vibe was loose, perhaps because some of the ladies showed up tipsy.

“I promise you, at one point, Nene and I was cussing each other out so bad, and yelling at each other so hard, that Andy was trying to talk, and we would not let him talk. We were talking over him. They had to mute our microphones,” Kandi continued.

Kandi Burruss denied that the cast was at fault for NeNe’s reunion breakdown.

“Now I know that she has tried to already tell y’all that she had to leave, because now we got her seeing a counselor—I saw somewhere she said we got her seeing a counselor because she was so ganged up on, whatever. But when you listen to that bs, I want you to remember how she told the world she was ‘gonna read us,’ she was gonna ‘drag these b—–s,’ she was gonna ‘let these b—–s have it,’ oh ‘she the queen, oh ‘the b—–s.’ She called us all kind of b—–s before the show.”

“I feel like we got blamed for her leaving and I don’t think it was us and I’m just gonna say that,” Kandi said.

Catch the Real Housewives of Atlanta reunion drama on Sunday night at 8 pm, ET, on Bravo.