Basketball Wives star Jennifer Williams has dragged Sheree Whitfield into her stolen Range Rover drama and the Real Housewives of Atlanta alum is clapping back. 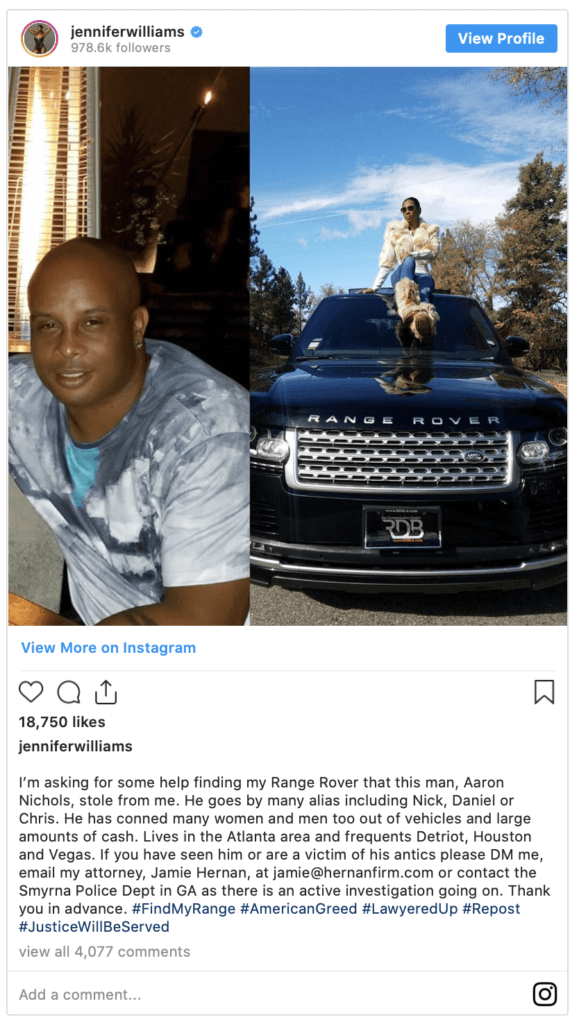 Jennifer Williams appeared on NeNe Leakes YouTube channel for a sit-down interview last week. Jennifer discussed the ATL con man that stole her luxury SUV. During the conversation, Jennifer revealed that she was romantically involved with the alleged scammer, Aaron Nichols, and shared he’s a friend of Sheree Whitfield.

“I did go to a party with him at Sheree’s house…he’s cool with Sheree.” Jennifer told NeNe in the clip below.

This piqued NeNe’s interest, “Hmmmm….That’s interesting. How she meet him? In Philadelphia?” NeNe joked then added, “So he’s a con artist that Sheree knows.”

Jennifer responded, “She definitely knows him. Because she had a birthday party and he was like Sheree wants us to come to the pajama party.” 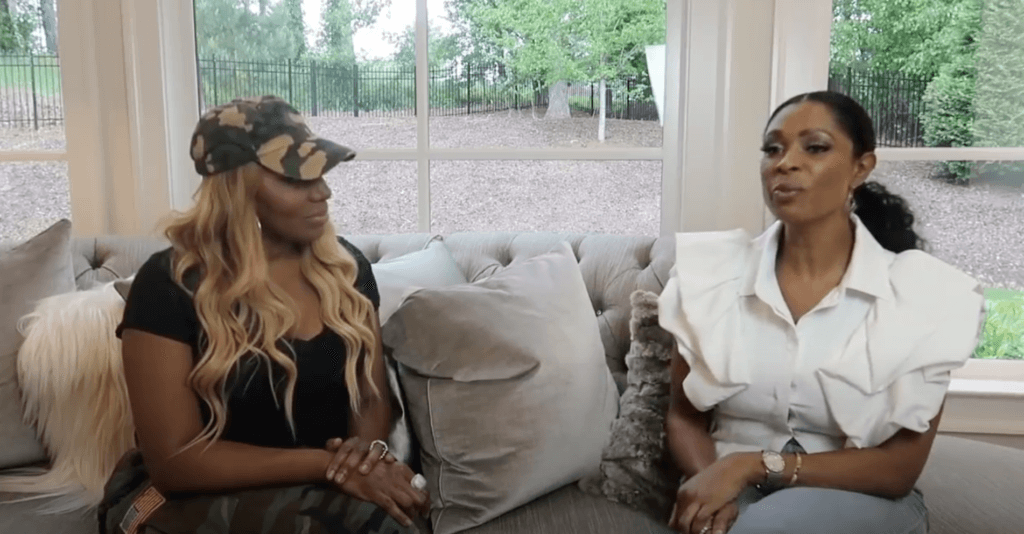 Sheree Whitfield did not appreciate being included in the convo and had a few words for NeNe Leakes and Jennifer Williams. “Over the past few days I’ve received an influx of calls and text about some interviews that my name is brought into. I typically dont indulge but… whats good @neneleakes and @jenniferwilliams.”  Sheree Whitfield wrote on Instagram. 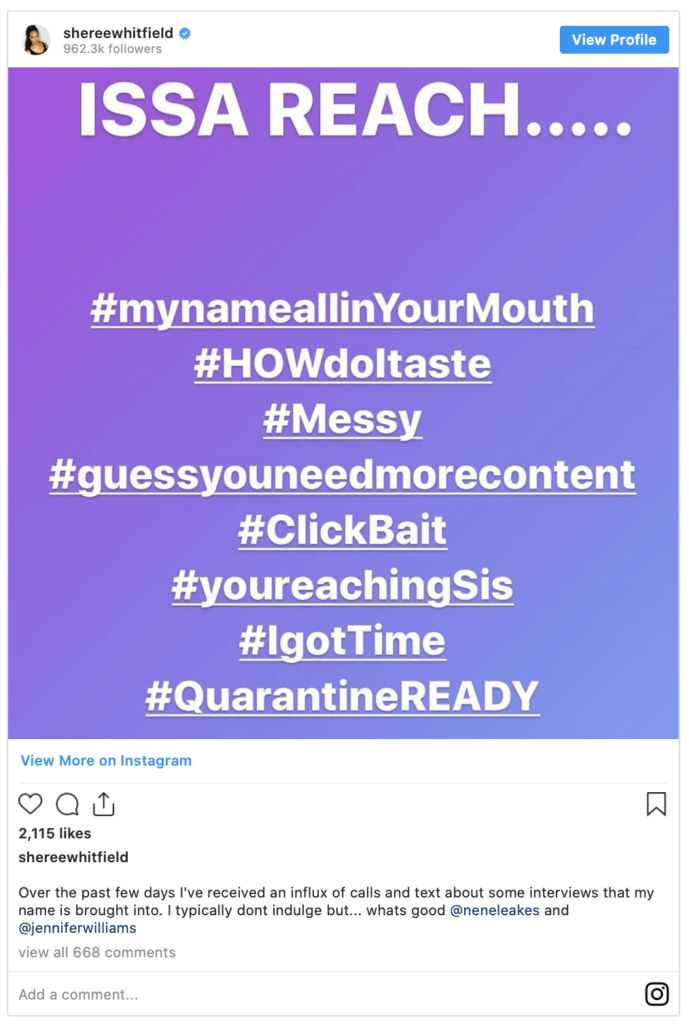 Press play below to listen to Jennifer Williams’ entire interview.

“A big reason why I wanted to end things with Jennifer Williams is because she was such an ugly person on the inside, and she was engulfed with fame and notoriety. She asked me to be a love interest on her TV show; I declined over and over,” Nichols wrote, posting several text message exchanges between him and Jennifer.

“I hate these messy bitches,” Jennifer allegedly wrote. “Evelyn made me want to slap the shit out of her. I should have leaked her daughter’s nudes. I could have exposed her ass.”

“Especially Shaunie,” Jennifer added. “She was talking shit about me saying Shaq cheated on her like it was a lie. Everyone knows he had kids behind her back. And Malaysia, or should I say ghetto ass LaQuisha, doesn’t even have a mind of her own. Whatever Evelyn and Shaunie says, Malaysia hops on board.”

After Nichols posted the alleged text exchanges, Jennifer accused him of doctoring the screenshots.