Meri Brown shared a photo with her pup, captioning the post, “Puppy life… Can it get any better??” 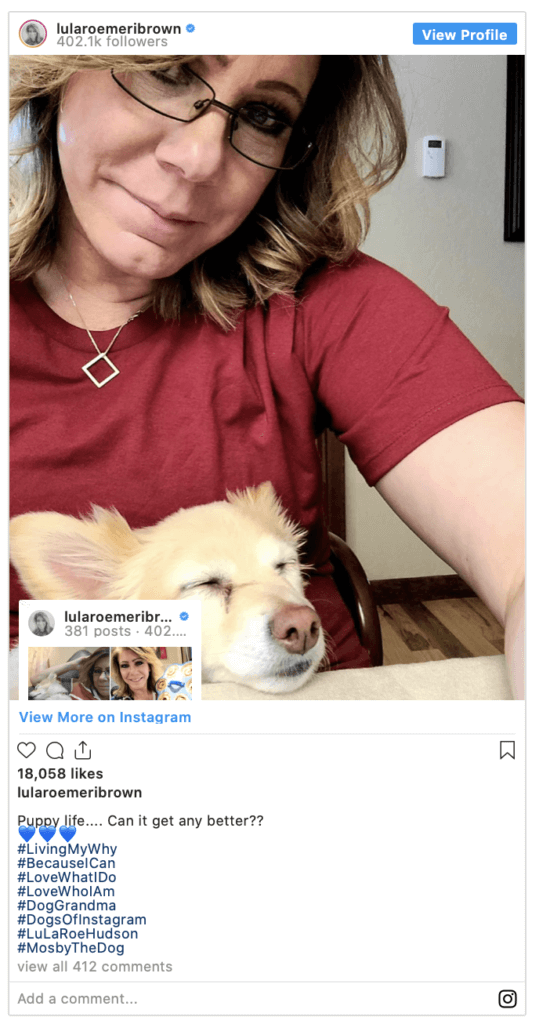 Meri Brown followed the puppy post with a series of quotes on her Instagram story — perhaps a cryptic nod to the tattered relationship.

“You don’t always need a plan. Sometimes you just need to breathe, trust, let go, and see what happens.”

“Only when we are brave enough to explore the darkness will we discover the infinite power of our light.”

“Remember to take care of yourself. You can’t pour from an empty cup,” Meri Brown shared in another post, adding — “Self care. I’m feeling in need of this today.”

Meri Brown’s last anniversary shout out to her distant “spiritual” hubby was shared in April, 2018.

“Kody flew out to Chicago on my last day of #LuLaRoe leadership so we could spend our anniversary together yesterday. How sweet was that?! 28 years and still here!” Meri captioned a couple snap.

Kody also kept mum about the milestone — only chatting about a book with a fan on Twitter, during the broken couple’s anniversary week.

A brutal marriage therapy session was featured during the recently wrapped  season — giving viewers a real peek into the rocky relationship.

“Meri mourns the loss of what we had… I regret what we had,” Kody said.

Kody Brown responded, “I feel like I was deceived into a relationship that was very different than what I expected. Meri and I had a fast courtship with a lot of expectations and a lot of not communicating.”

“I didn’t know who I was marrying. As things unfolded, I started to become troubled and bitter by the situation I was in,” Kody added.