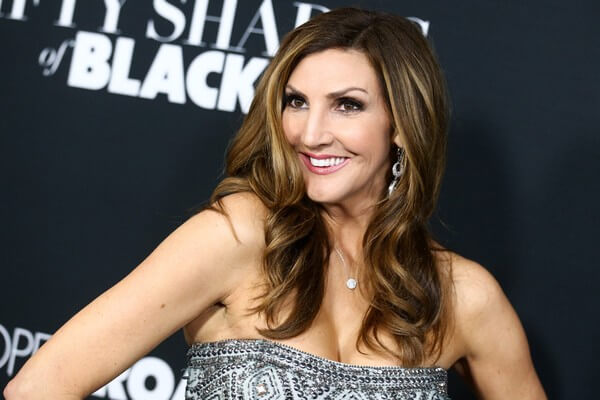 Heather McDonald is grieving the loss of her friendships with Real Housewives of Orange County personalities, Shannon Beador and Tamra Judge, following a defamation lawsuit, filed by Jim Bellino.

A judge dismissed the case brought by Bellino, who alleged that Shannon and Tamra lied about him and his divorce from RHOC alum, Alexis Bellino, on Heather’s podcast, Juicy Scoop, in June 2019. Shannon won her case, but Tamra’s has not yet been resolved.

READ ALSO: Bitter Betrayal: Inside Denise Richards’ Affair With Richie Sambora While He Was Married To Her BFF Heather Locklear!

Heather McDonald has not spoken to either of the ladies, despite the judge throwing out her case.

“[Lawyers] really do encourage and insist that their clients don’t talk to other people involved in the party of the lawsuit, me being one of them,” Heather explained to the Hollywood Raw Podcast with Dax Holt and Adam Glyn. “So my understanding was that they were advised not to communicate with me anymore and so I respected that.”

“So, no, we have not talked for well over a year. Through other parties, we’ve wished each other well. If I know she’s going to go do a show with a friend of mine, I’ll be like, ‘Will you please let Tamra Judge know I love her,'” she continued, before becoming emotional.

“Now I’m gonna cry,” said Heather McDonald, choking up. “I was friends with these people for a long time. It was a great part of my business. And I thank God I can still get people to come onto my show, but by having it I know that it was more of a struggle because some people, I believe, associated my show with, ‘Oh don’t go on her show, she’ll get sued.'”

Jim Bellino filed a defamation lawsuit against Heather McDonald after suing Shannon and Tamra, claiming she was negligent for putting out the interview. Heather admitted that she was concerned about the lawsuit, because there was no first amendment legal precedent regarding podcasts.

“It stressed me out. It was creatively debilitating. I got anxiety,” she explained. “It’s extremely stressful. I’m still stressed about it.”

“There was no precedent before,” she added, “I was like, if I don’t win this, good f–king luck to the rest of you.”

Despite her legal victory, Heather revealed that she did ultimately regret the interview.

“At this point, no, it caused too much pain and stress in everybody’s life,” she added, saying she had “no intention or awareness that this would ever happen.”

The Real Housewives of Orange County  is expected to return, later this year.