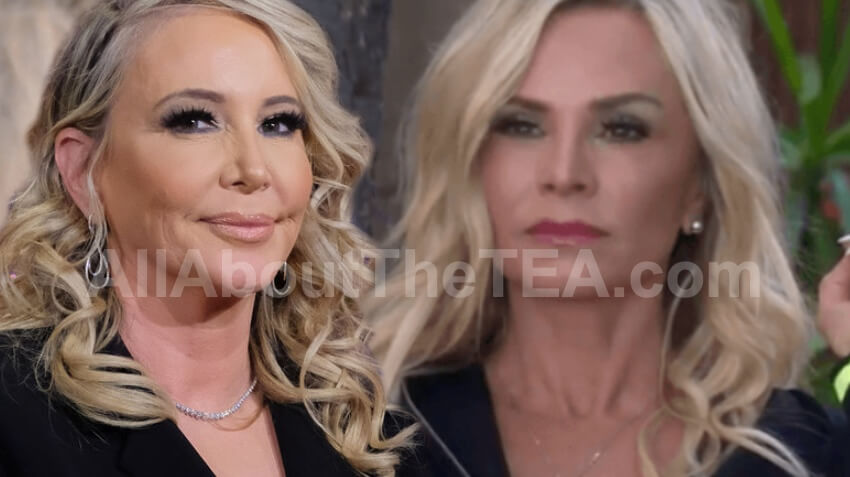 Shannon Beador and Kelly Dodd were fast becoming besties, before Real Housewives of Orange County filming season halted, because of the coronavirus shutdown. The ladies bonded after Tamra Judge and Vicki Gunvalson left the franchise — despite their contentious history. Tamra and Vicki have broken ties with Shannon over her renewed friendship with Kelly — but according to a snitch, there’s a lot more to the story.

A source close to the cast is dishing the backstory of Shannon Beador’s break from Tamra and Vicki — and spilling details about the shattered friendships.

The insider told AllAboutTheTea.com that Shannon Beador wasted no time dumping Tamra and Vicki, after they announced that they were leaving the cast.

“Shannon and Tamra used to talk every single day. After Tamra left the show, the phone calls dropped drastically. Shannon doesn’t even answer Tamra’s calls anymore — and does not return her texts,” A source tells AllAboutTheTea.com. “She treats Vicki the same way.”

The cast insider said that Tamra Judge was hurt that Shannon Beador did not reach out when her ex, Simon Barney, was diagnosed with throat cancer.

“Shannon did not even check on Tamra or her kids, after Simon was diagnosed,” the source revealed.

The tipster added that Tamra’s family is “so happy” that she is no longer connecting with Shannon.

“Tamra used to take Shannon’s calls all hours of the day and night,” the source explained.

The source tells AllAboutTheTea.com Tamra “saved Shannon’s ass” every season, and “protected her so much.”

Tamra Judge and Shannon Beador’s friendship hit some bumps during Shannon’s lengthy divorce — and Tamra communicated her frustrations over Shannon’s needy and constant demands, on camera. Fans know that Tamra’s husband, Eddie Judge, was also bothered by the lopsided friendship.

The source added that Tamra “was not shocked” by her former co-star’s  brush-off, and that viewers have yet to see the real Shannon Beador.  “If the public only knew who she [Shannon] really is…” the insider added.

The Real Housewives of Orange County is expected to return later this year.