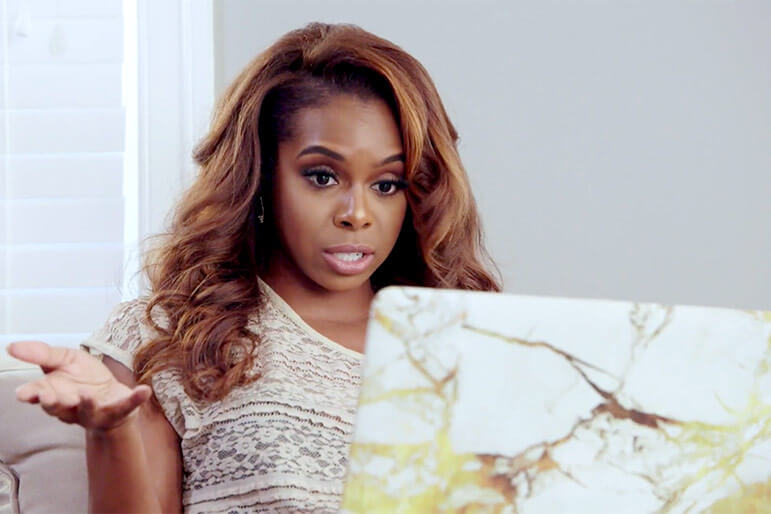 Real Housewives of Potomac will premiere in May — and Candiace Dillard is getting the party started early, on Twitter. The former beauty queen aimed a pointed tweet at her “haters” — reminding followers that her husband, Chris Bassett, called her “spoiled,” during Season 3. Fans of the show know that Candiace labeled the comment “unforgivable” at the time.

“Lol. I love that Haters use “spoiled brat” as an insult. Yea, bish. I’m spoiled. I’m a daddy’s girl AND a mama’s girl and I’ve gotten everything I’ve ever wanted. My husband is obsessed with me and takes care of his wife. I’m BLESSED and you WISH. But thank you, sis,” Candiace Dillard wrote, on April 15. 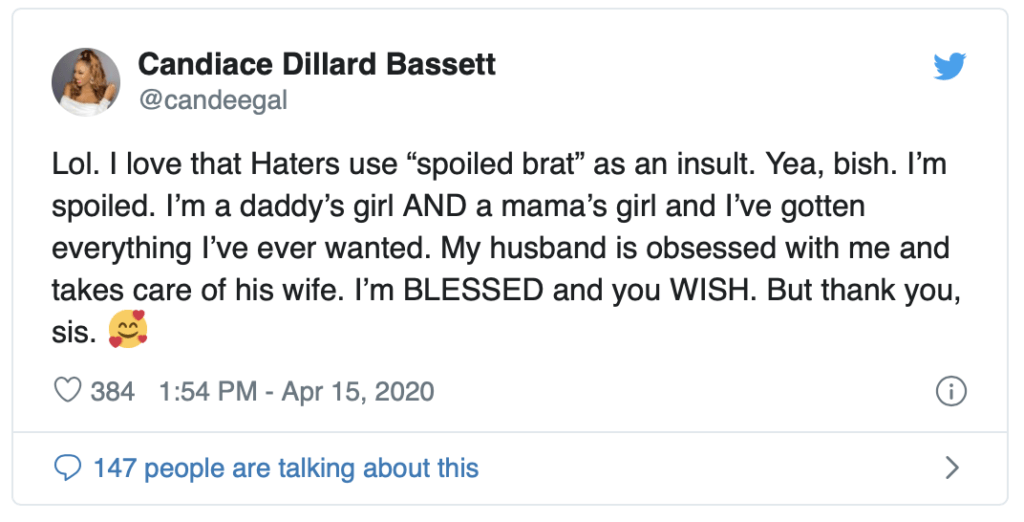 In a since deleted tweet, a fan challenged Candiace Dillard to explain how Chris takes care of her when he doesn’t provide for his son — referring to Chris as a “deadbeat dad.” The tweeter responded when Candiace demanded to know where she heard such a thing, writing — “You and Chris told the world.”

Candiace Dillard  fired back with, “You think referring to a man you’ve NEVER met — whom u spent 5 minutes watching on television talking about his son — as dead beat isn’t “rude”? You’re right it’s pathetic. You’re the reason birth control exists. Worthless imbecile, FANS who didn’t get enough love as children.” 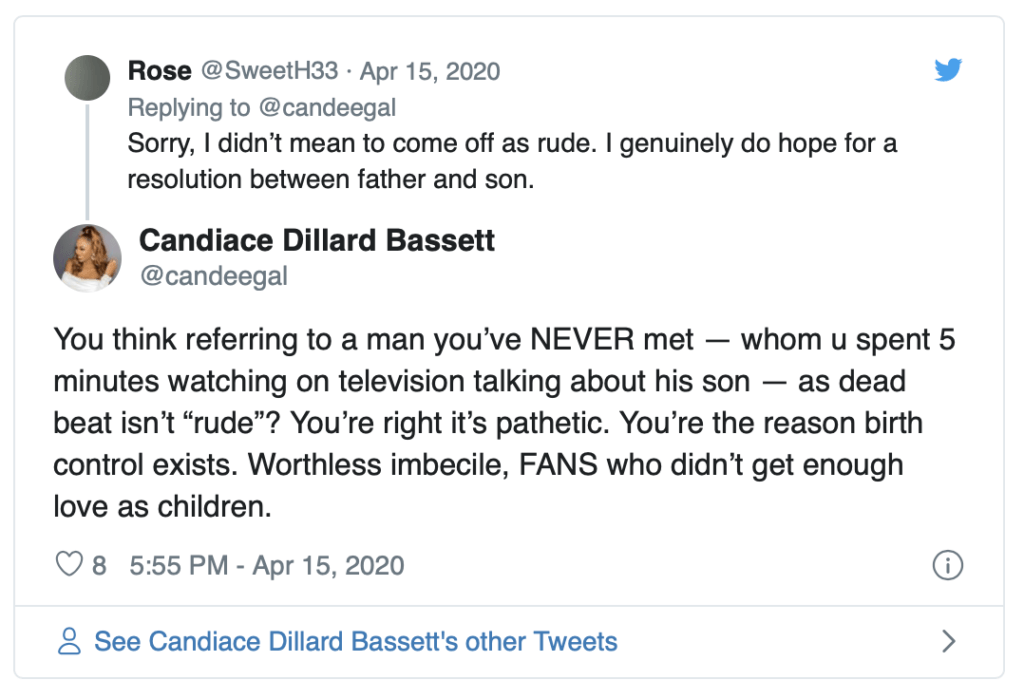 The Real Housewives of Potomac fan backed off and eventually apologized, sharing her hope for “for a resolution between father and son.” Chris jumped into the convo — prompting a second apology. 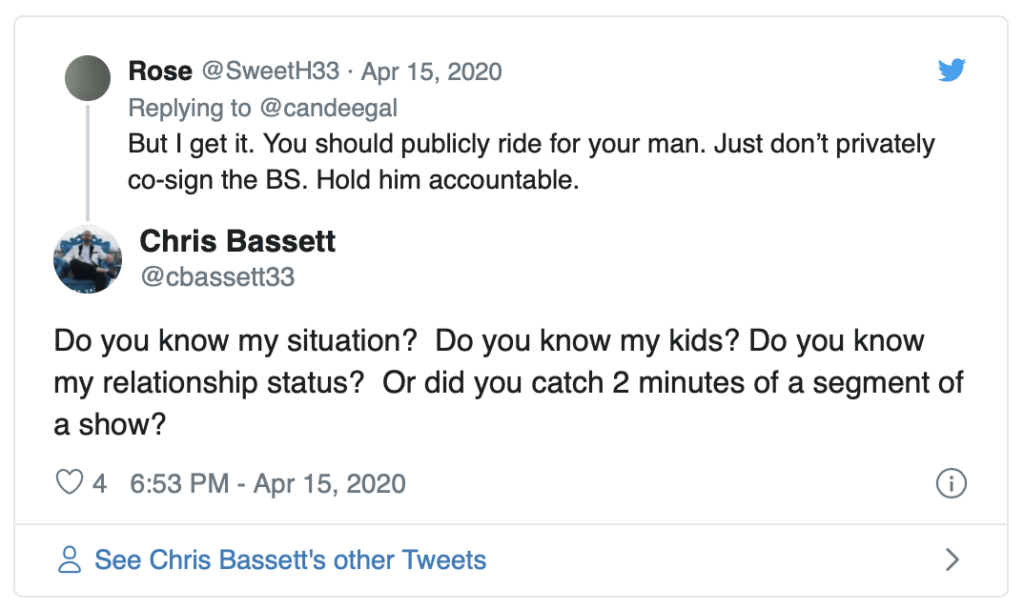 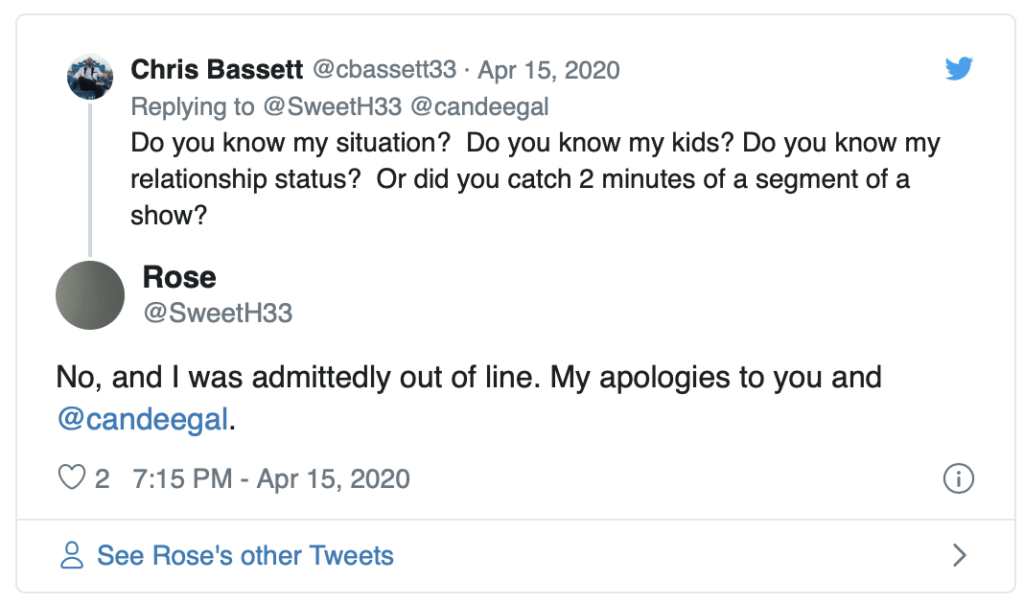 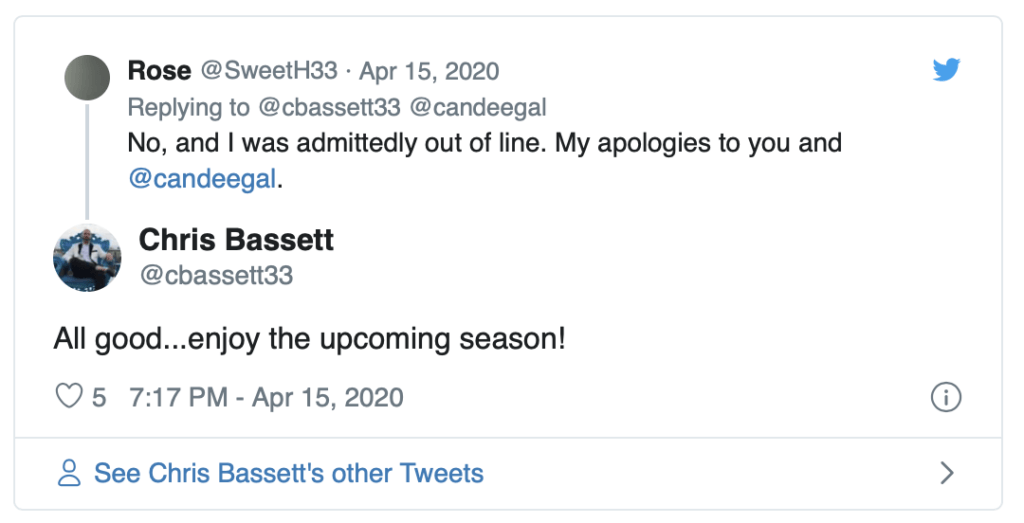 The Real Housewives of Potomac premieres on Sunday, May 3rd, at 8 p.m. ET, on Bravo.