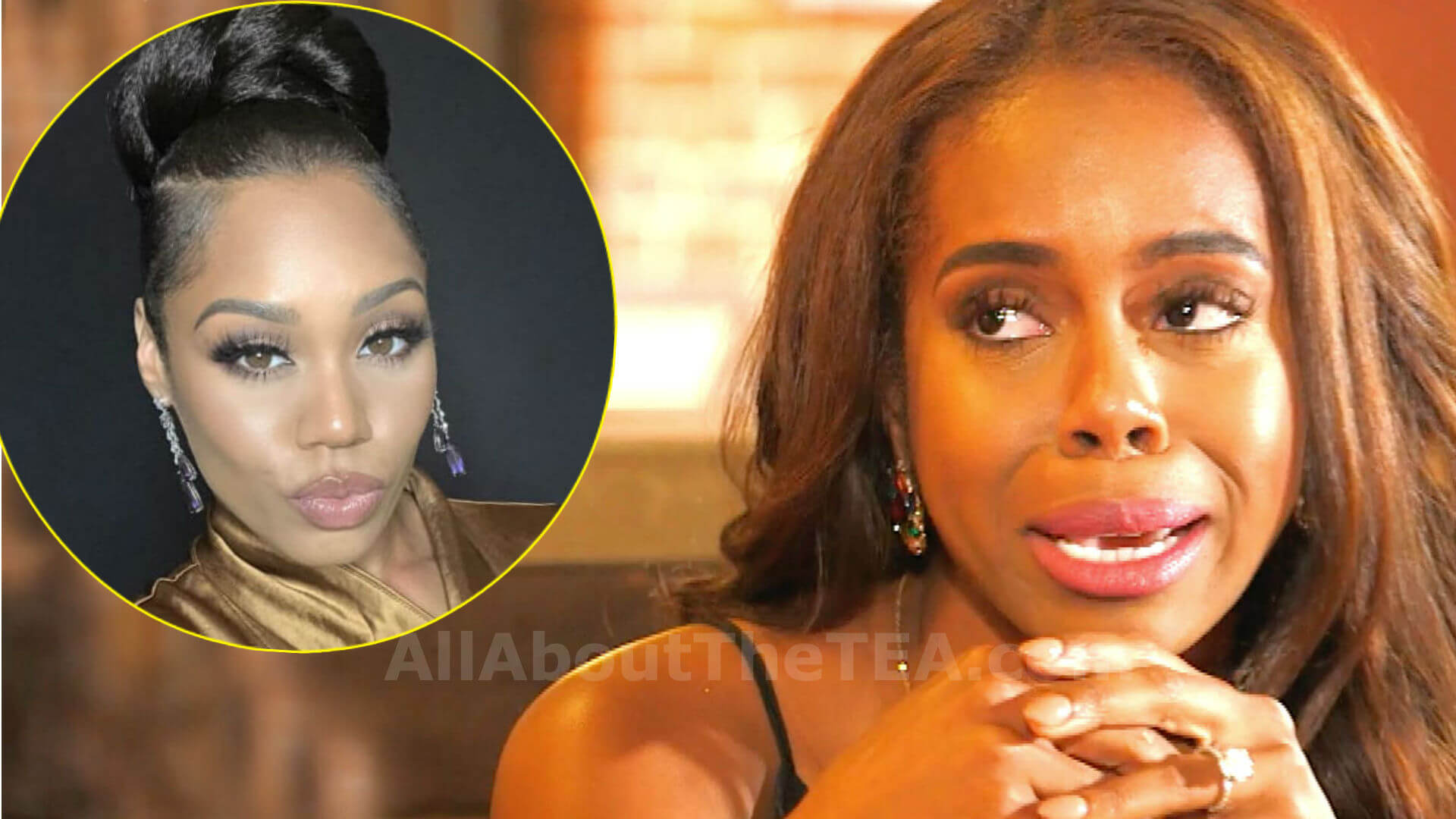 Real Housewives of Potomac star Candiace Dillard is not a happy camper after production refused to ban Monique Samuels over their explosive fight.

According to a rock solid source, Candiace Dillard, 33, reached out to True Entertainment (the company that produces RHOP) executives and demanded Monique Samuels not be allowed to attend future cast events.

“Candiace called up production and told them she was scared for her safety after the fight. She demanded Monique [Samuels] be banned from all cast events or she [Candiace] would not participate.” A production source tells AllAboutTheTEA.com.

The fight occurred on October 16 during a cast gathering at a winery and was filmed by Bravo cameras. The incident led to second-degree assault charges being filed by both parties.

AllAboutTheTEA.com exclusively learned that production did not take too well to Candiace Dillard’s threats and rebuffed her ultimatum.

“Production had several meetings to review the situation. The fact that Candiace ran to the police and refused to mediate the problem with Monique was a huge turn off to the team.” A source tells AllAboutTheTEA.com. “As a collective, they decided Monique would not be banned since Candiace started the fight.”

This decision allegedly triggered an emotional response from Candiace Dillard, and she suffered a temper tantrum.

“Candiace burst into tears when production told her that Monique would not be banned.” A source revealed to AllAboutTheTEA.com. “She then requested permission from the network to not go on the cast trip to Portugal or attend cast events.”

Unfortunately for the pageant princess, production shot down all her requests and reminded her of her contractual obligations to the show.

Candiace Dillard has rallied fellow cast members, Gizelle Bryant and Robyn Dixon, to not film with Monique in an alleged plot to oust Monique Samuels.

As exclusively reported, Monique Samuels “wants to quit and be off the show,” after the physical altercation with Candiace and she has lost trust in some of her Real Housewives of Potomac cast members.