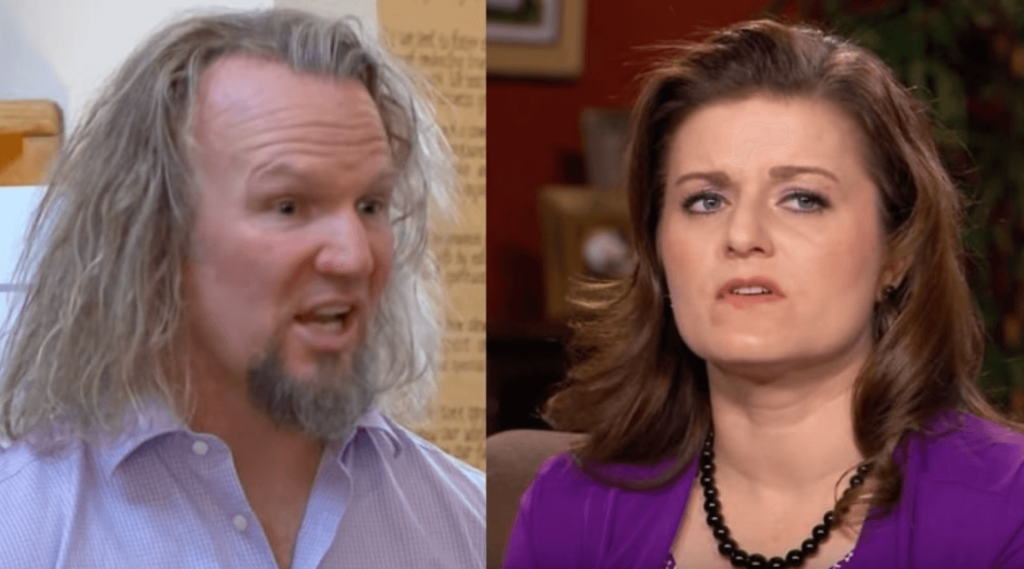 Sister Wives viewers watched Kody Brown and Robyn Brown spar over whether to buy or rent their next Flagstaff love nest, on Sunday’s episode. The high drama duo took to Twitter in real time, to plead their cases.

Robyn Brown expressed frustration over Kody Brown’s push to buy a home during the episode — and blasted him for inviting their children into the narrative.

As the March 22 episode of Sister Wives aired, Robyn Brown tweeted, “Kody thought he can use the kids and the real estate agent to help influence me. He didn’t understand how much I was standing my ground FOR the kids!.”

Robyn Brown followed that tweet by addressing Kody ‘freaking out’ her kids over their move, “When Kody gets creative and starts his stream of consciousness speaking out loud, it can get a little stressful. I feel like that was what he was doing when he told the girls they had to change schools. Stressful!” She wrote on March 22. 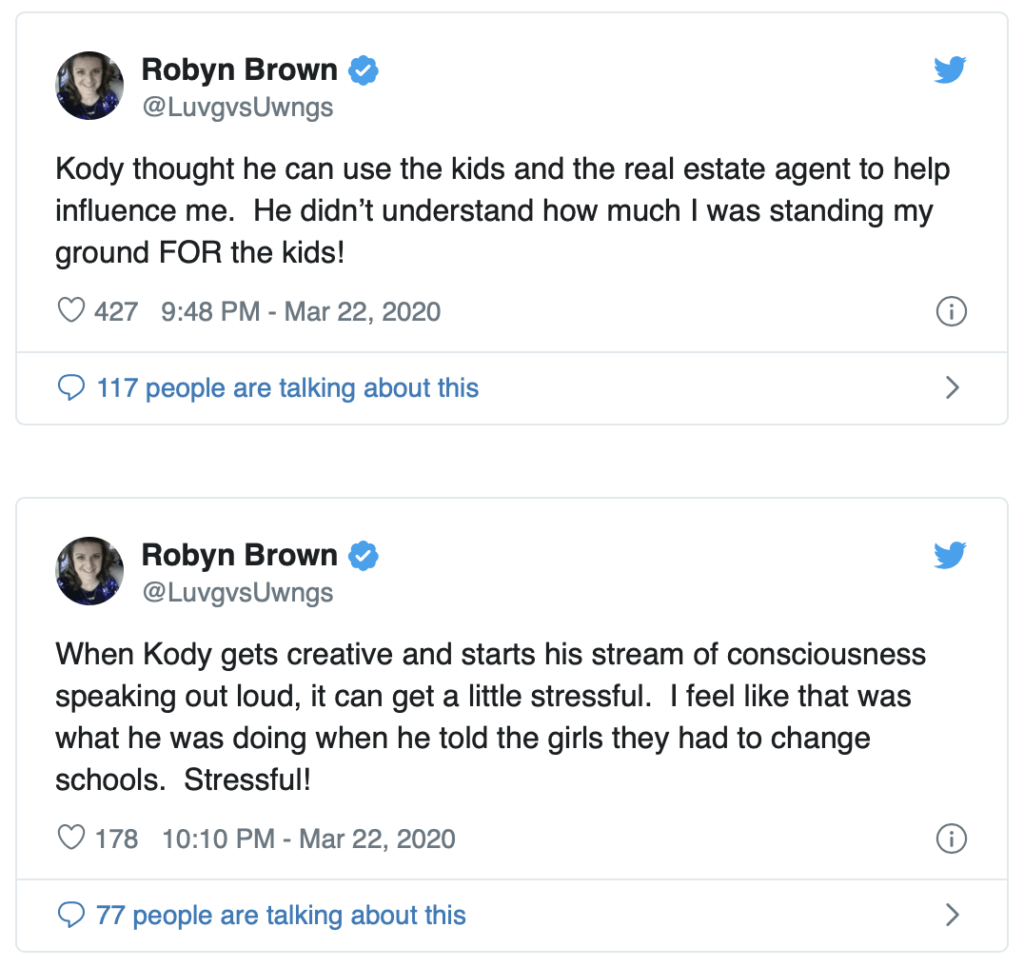 Kody Brown sounded off about the controversy, and labeled himself a relocation  “warrior.” 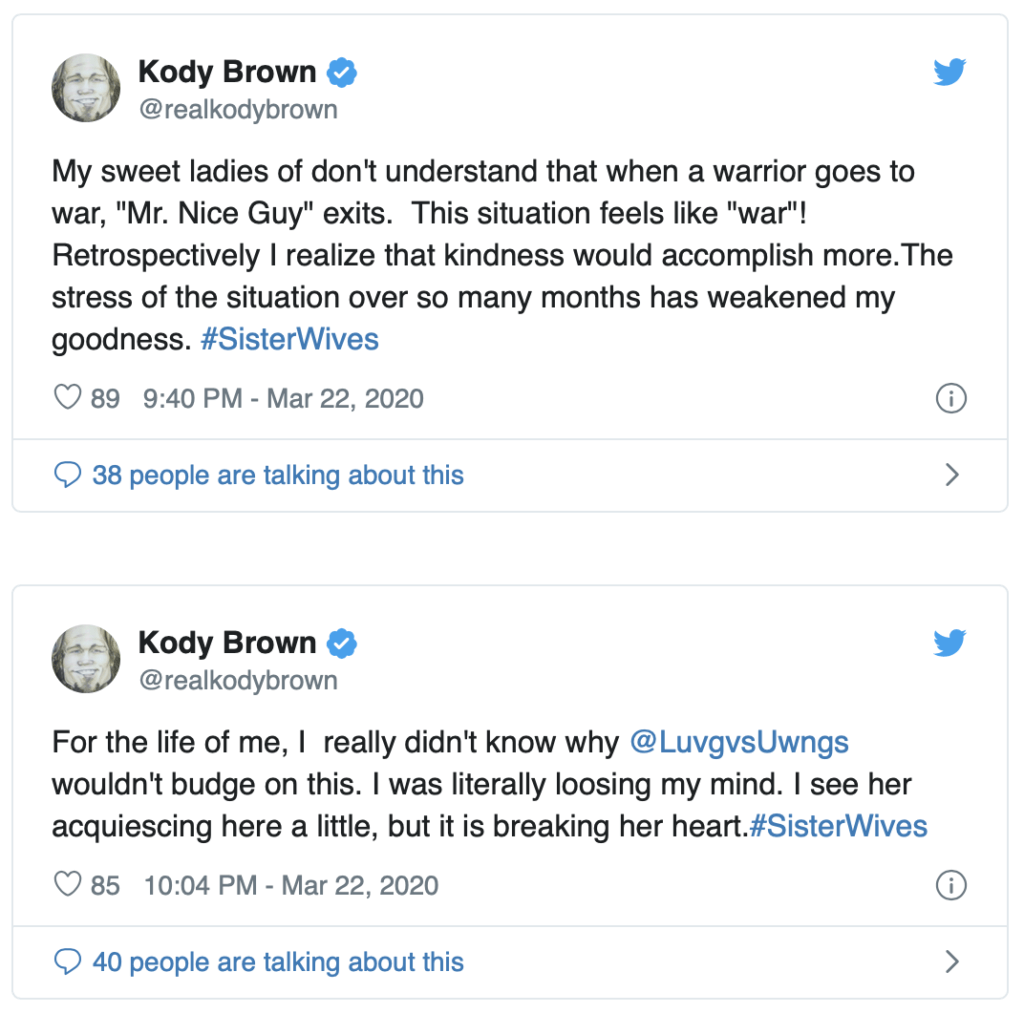 Kody Brown and Robyn checked out a couple of houses during Sunday’s episode, and tensions rose when Kody allowed Robyn’s teens in on the address debate. Robyn’s tears made their weekly appearance, and she didn’t hold back while venting to producers.

Christine Brown even weighed in on the real estate push and pull.

Fans know that Kody Brown and Robyn Brown — who legally wed in 2014 —  eventually purchased one of the featured homes, for $900k.