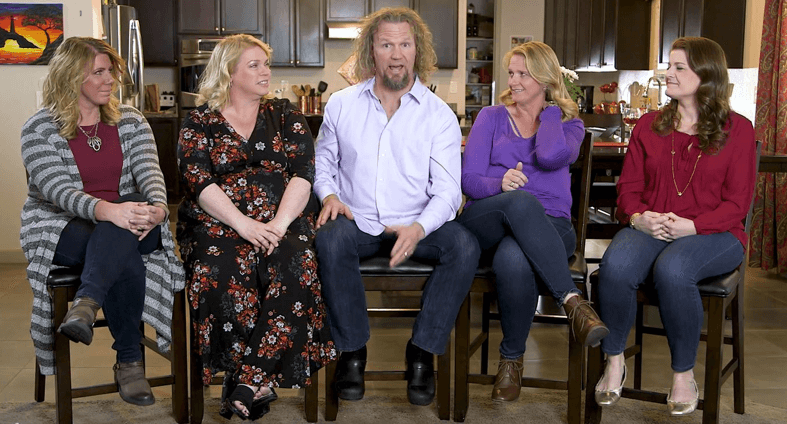 The Brown family has been in a financial crisis since season 14 premiered surrounding their Arizona move and the sale of their Las Vegas homes.

Tensions rose between Kody Brown and his Sister Wives during a recent episode after Janelle Brown informed the clan that their Vegas homes are not selling after months on the market. The family has already made the move to Flagstaff, Arizona and now their essentially broke. Janelle suggested they lower the price of Janelle and Christine’s homes by a whopping $40,000. The news set Christine Brown and Robyn Brown off and the head wife in charge (HWIC), Robyn, unleashed a firestorm on Kody.

“I’ve been coming back to Vegas every weekend to hold open houses at the homes that we have that are on the market,” Janelle Brown explained in the epsidoe. “There’s been no interest in the homes.”

Read Also: ‘Sister Wives’ From Food Stamps to TLC Fame — A Peek Inside How The Browns Milked The System

As reported, the family relocated to Flagstaff because Robyn’s son, Dayton Brown, was accepted into a local college despite Kody’s claims of selling their homes to make a huge profit and to move their family away from Vegas’ ungodly culture.

Luckily for the Sister Wives and Kody, all four Vegas homes have sold but all took a hit on the price. Below is the breakdown:

The Browns spent $820,000 on land to be split into four parcels in June 2018. As of January 2020, there has been zero construction on the land they call Coyote Pass, by the Browns. In addition, Kody Brown and his legal wife, Robyn Brown, recently bought a huge 5 bedroom house and an additional parcel of adjacent land for close to $900,000 a few months ago. Christine Brown already owns a house in Flagstaff — while Janelle Brown and Meri Brown live in rentals.

Sister Wives will not air on Sunday, February 2, due to Super Bowl LIV 2020.

Comments
‘Sister Wives’ Recap: Robyn Goes Off On Kody Over Lowering the Price of Their Vegas Homes!
Polygamous Kody Brown & His ‘Sister Wives’ Scammed the Government By Living Off Food Stamps, Welfare Money & Bankruptcies!
To Top