Shannon Beador’s boyfriend, John Janssen, loves his woman and sang her praises in a loving tribute to the Real Housewives of Orange County star on her 56th birthday.

“Our connection and chemistry are what people dream about,” John Janssen, 56, wrote on his private Instagram account. “You are my person; the one I was meant to be with, the one that makes me feel whole. I started falling in love with you almost immediately and my love has grown ever stronger as our time together has flown by. I find myself thinking and wondering at times if this is real, how did I get so blessed? Then I look into your beautiful eyes and know it IS real and it is how our world should be.”

“You are such an amazing woman and you surprise me every day,” he continued. “I have never believed that a woman could be so loving, generous, intelligent, creative, determined, funny, fun loving, hardworking, successful, down to earth, nurturing, protective, loyal, encouraging, and have my back no matter what. Then I met you; you are all of that and more.” 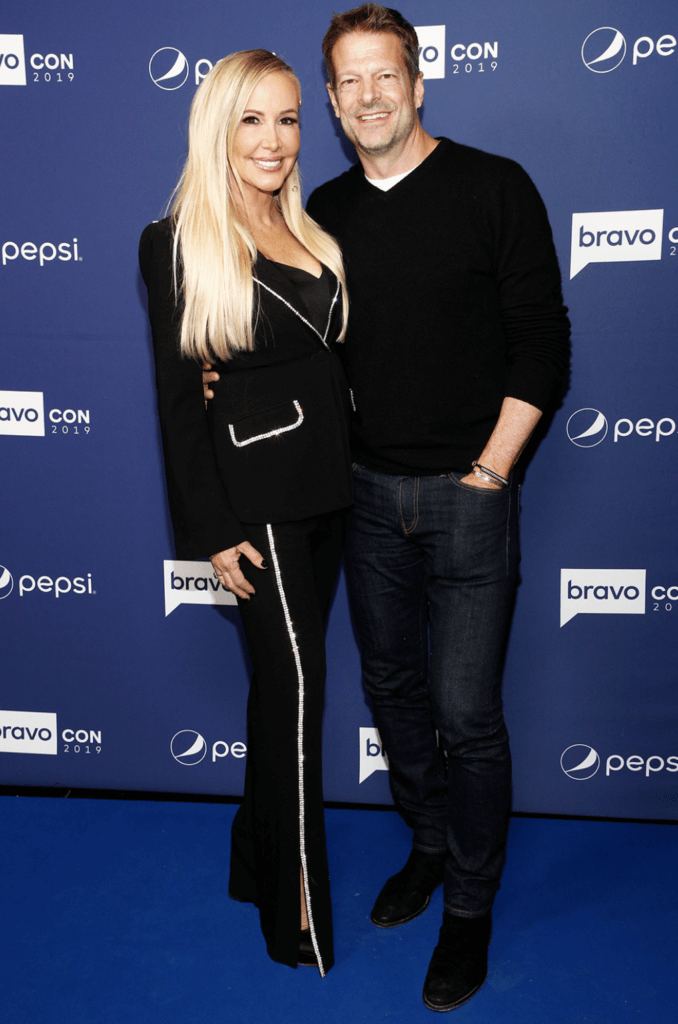 The insurance CEO also mentioned how he met his love June.

“The timing was bad and made no sense to either of us or to any of our friends and family,” Janssen remembered. “I was not in the right frame of mind to meet anyone and was just trying to get my balance. You were not looking for a relationship, but rather were just spending time and having fun with friends after an emotional two years of ending your marriage. But once we were introduced something inside me knew that I had to talk to you.”

“We started with encouraging texts that warmed my heart and then phone calls for hours that flowed so effortlessly and then came the group date,” he said. “I took you and a friend of ours out to dinner. The night ended with you and I singing karaoke duets at the Elks club and then talking one on one until the Elks staff told us they needed to lock up. Since that night you and I have been inseparable, literally. I have never in my life spent so much concentrated time with anyone. I never tire of you, but rather thrive in your company.”

He ended his note by telling Shannon Beador: “You are my best friend and the woman I can not live without. Happy birthday!!!!! I love you with all of my heart and soul. You are my forever and ever amen.”
The post was signed, “Love, John” 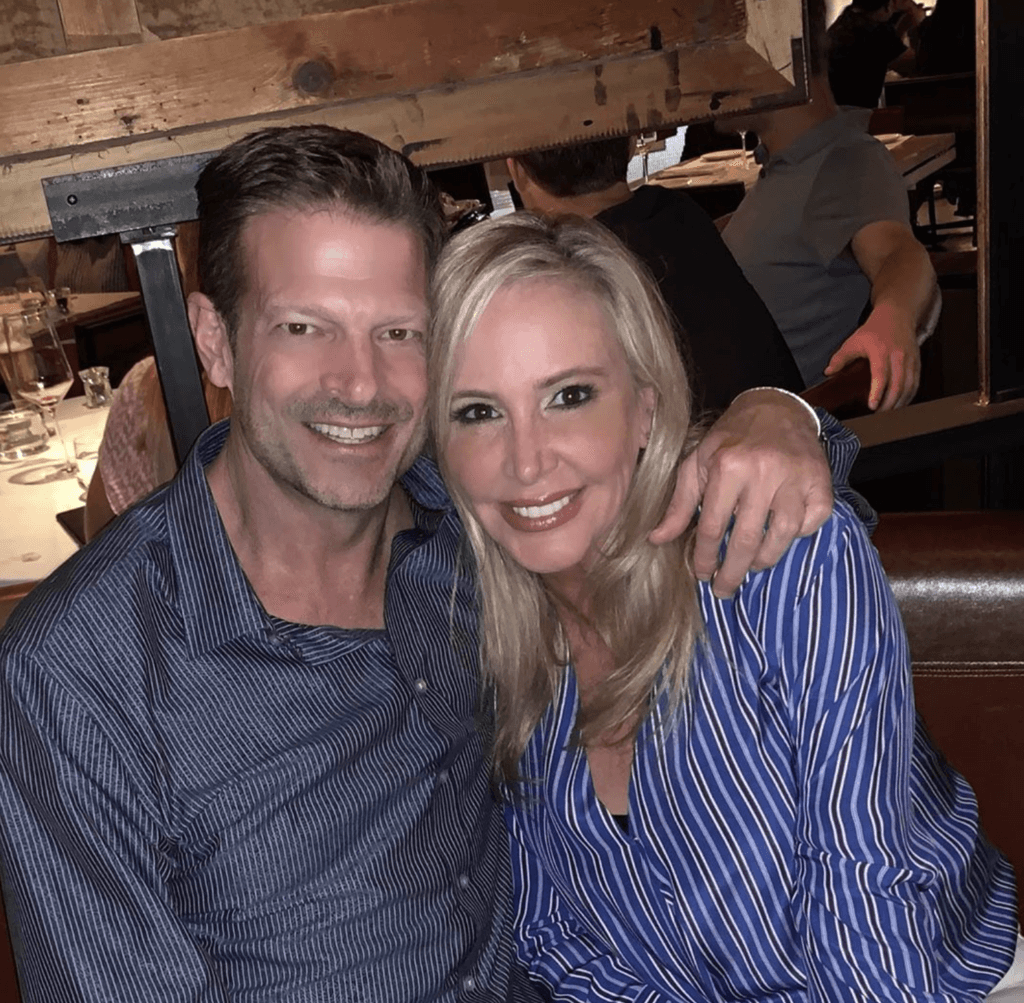 The lovebirds met through a mutual friend and have a lot in common. Janssen is a divorced parent of three and a graduate of the University of Southern California.

Shannon Beador and Janssen have blended their families. Beador’s three daughters, 17-year-old Sophie and 14-year-old twins Stella and Adeline, have spent time with Janssen’s two daughters and a son (who are around the same age).

As fans know, Shannon’s ex-husband, David Beador, moved on quickly after their separation in September 2017. He was reportedly cheating on Shannon with girlfriend, Lesley Cook. David and Lesley Cook announced their engagement in January 2020.

Lesley Cook announced the news via Instagram where she shared a close-up of her engagement ring with a shirtless David Beador standing behind her in an embrace. “Looking forward to eternity with my love. I LOVE YOU LOVE!!!” She captioned the pic. 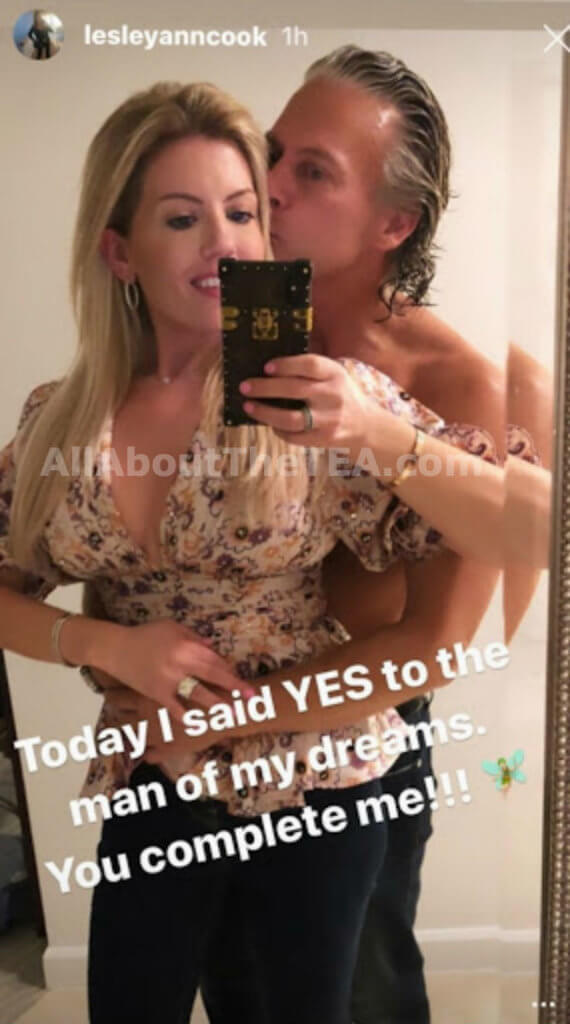 As reported, David post-divorce canoodle turned messy when Lesley brazenly inserted herself into David and Shannon’s custody struggle. But according to the girlfriend, David’s three daughters — Sophie, 16, and twins Stella and Adeline, 14 and her family are blending well. “David and Shannon’s daughters are absolute sweethearts, and my daughter adores them,” Lesley insisted. Lesley Cook not only nodded to the legal drama on social media, but lashed out at viewers reacting negatively to the splashy relationship. The couple split shortly after the social media spectacle — but it looks like David and Lesley have renewed their love story. Reportedly, Shannon has also moved on with a new beau.