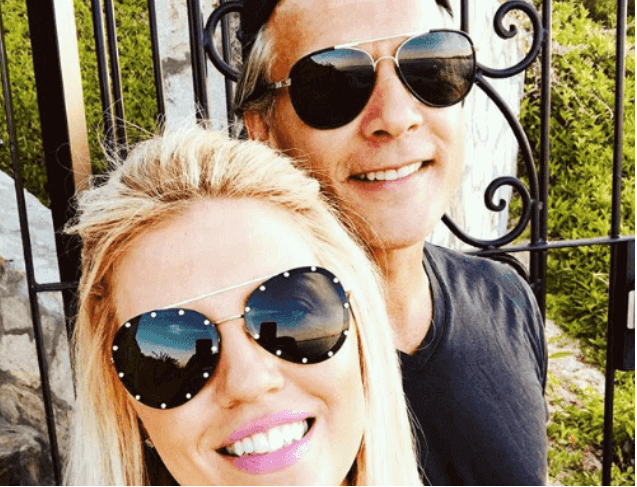 The couple that strips together, stays together? David Beador and his girlfriend, Lesley Cook, are letting it all hang on Instagram!

On Tuesday, the couple took their over-sharing habits to a whole new level, when Lesley Cook decided to post naked photos of them embracing.

No one dared to repost the risqué photos but Shannon Beador’s Real Housewives of Orange County co-star, Tamra Judge poked fun at the naughty photos on Instagram. “@shannonbeador should we recreate that thirsty pic from Italy 🇮🇹 😳 #Icantunseeit #myeyes #makeitstop #holdher #pantsaroundmyankle,” she wrote on November 5. 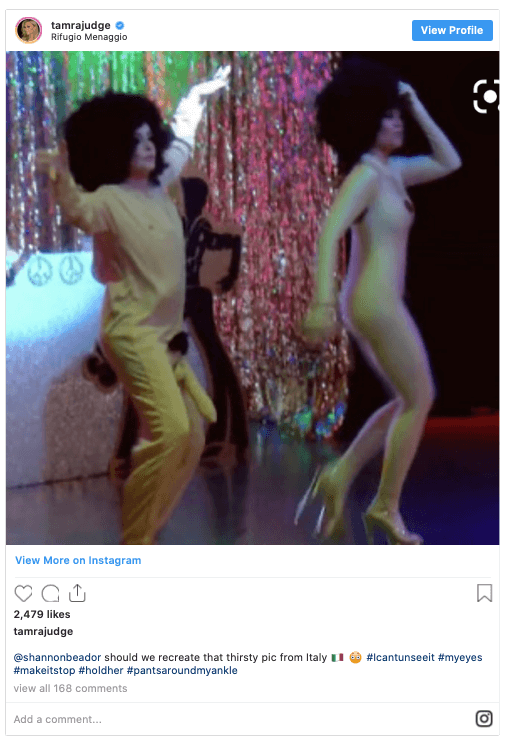 “So sad that she would do that to David’s kids. She’s a mom and should understand how traumatic this must be for them. #teamshannonandtamra”

“And now she screams discrimination 🤦🏻‍♀️”

“Bahahahahaha I see what your doing there”

This is not the first time Lesley Cook has flaunted their romance publicly. David Beador’s girlfriend has showed off their red-hot love affair on social media numerous times — especially during David and Shannon’s messy divorce drama.

David Beador’s post-divorce canoodle turned messy when Lesley Cook brazenly inserted herself into David and Shannon’s custody struggle. But according to the girlfriend, David’s three daughters — Sophie, 17, and twins Stella and Adeline, 15 and her family are blending well.