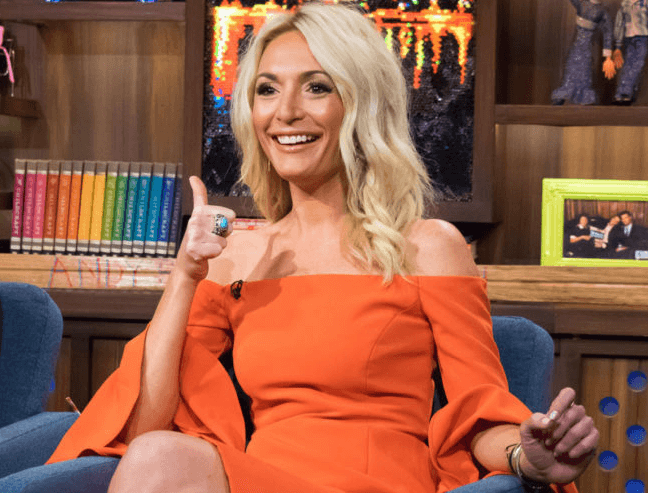 Kate Chastain surprised fans when she announced that she would not be returning to Below Deck — but there’s a Bravo new project in the works, AllAboutTheTEA.com can confirm.

“Kate has had several meetings in New York City with Andy Cohen in recent months.” A Bravo insider tells AllAboutTheTEA.com. “There is a possible spinoff project in the works.”

“Bravo is not done with Kate, they have big plans for her and that’s why she made the big move to the NYC. Bravo is planning a new panel show, with Kate and other Bravolebs.” The source continues.

The chief stew confirmed that she had moved to the New York City, during the recently aired season 7 reunion.

Kate Chastain, 37, confirmed she will not be returning to Below Deck in a post on Instagram following the airing of Part 2 of the Season 7 reunion on Monday, February 17. She wrote, “After many months of reflection and internal discussions, I have chosen to make a transition this year in starting to carve out a progressive new land based role. I intend to step back as a senior member of the Below Deck Family and work to become financially independent, while continuing to fully support His Majesty Andy Cohen.” 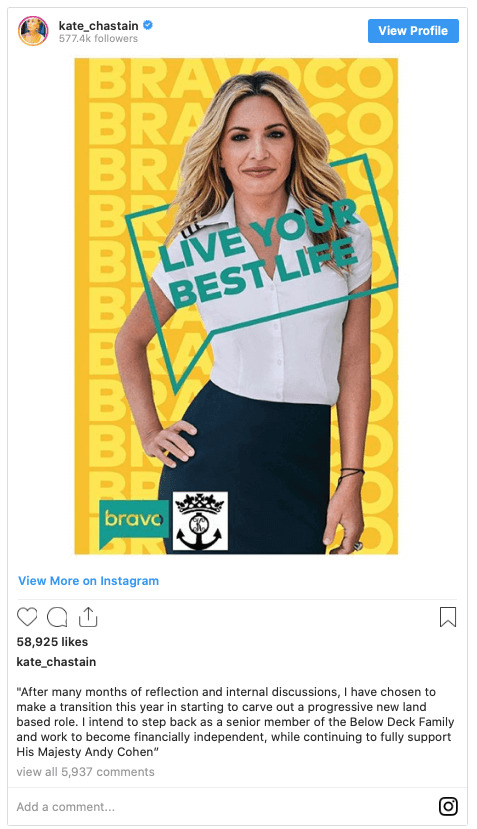 Kate Chastain joined the Bravo reality series in Season 2 and served as chief stew in every season since, including most recently Season 7, becoming one of the longest-running crew members on Below Deck.

The colorful reality diva was known for bringing the drama on camera, but recently admitted that filming Season 7 was particularly challenging.

It looks like Kate Chastain’s Bravo career lives — but the snarky chief stewardess will have to share the spotlight.