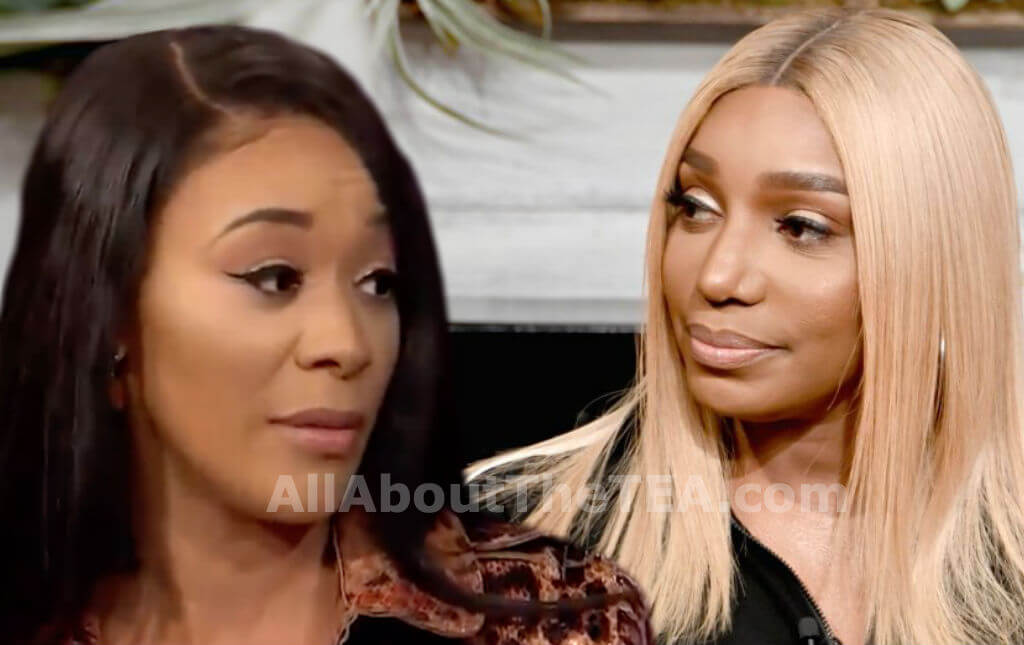 During Sunday’s episode, the ladies had a huge blowout fight in Toronto over who they believe allegedly recorded Cynthia Bailey badmouthing NeNe Leakes. Most of the ladies pointed the finger at Yovanna, except for NeNe, who refused to call Yovanna a snake but told producers in her talking head confessional that Yovanna wasn’t technically a “snake,” but she “is the one with information.” However, “Yovanna from Clark,” refuted that theory during her Sister Circle appearance.

“I’m here to set the record straight. I have never said that there was an audio or recording,” Yovanna Momplaisir said. “I have never recorded anyone, that is not my character, that is not who I am. Just because I said I had receipts, that did not mean that that was the definition of an audio or a recording. That is a rumor that was started and it spread like wildfire.”

When asked who started the rumor about Cynthia Bailey talking bad about NeNe Leakes on tape, Yovanna blamed NeNe, saying she spread the inaccurate rumor.

“She said the word audio recording. I said I had receipts,” she said. “I never used those words with her.”

So when it comes to an audio or recording, Yovanna says she hasn’t heard either one so the it’s unclear if any of it is in existence.

“Not to my knowledge. Have you heard one? When y’all hear it let me know ’cause I ain’t heard it yet,” she said.

Yovanna says she doesn’t know who else would do such a thing.

“I’m handing y’all the tea! If I knew I would tell you,” she said. “I’m just letting you know I have nothing to do with that.”

Read Also: NeNe Leakes Calls Cynthia Bailey “Weak and Desperate” & Accuses Her of Being A Puppet For Producers!

Yovanna addresses the rumor that she’s no longer allowed to film with the ladies after the Toronto blow up.

“So there’s a lot of rumors going around this season,” she said. “That is the first of my knowledge. I guess you guys will have to keep watching, but I will give you a teaser. I did film with the ladies a few times after Toronto, so you will continue to see me.”

“The women on that show? Absolutely [are foo foo]. Y’all watching the same show I’m watching?” she asked. “I’ve watched these women for quite some time now and I just see how they engage with each other. One moment you guys are cool and the next you’re going below the belt and saying the nastiest things to one another, behind each other’s back mind you, then the next they’re cool. That’s just not how I operate with friends, so that’s why I call them foo foo.”

As fans know, Yovanna Momplaisir was questioned several times since the season started about the infamous SnakeGate recording by various Real Housewives of Atlanta stars and she never denied the recording existed.

The Real Housewives of Atlanta airs Sundays, at 8 p.m. ET, on Bravo.