Kathryn Dennis and Thomas Ravenel’s on-off relationship is NOT back on, AllAboutTheTEA.com can confirm.

Kathryn Dennis posted a photo of herself posing alongside her baby daddy, Thomas Ravenel, at a party Saturday and the internet was abuzz with speculation of their relationship status. In the photo, the Southern Charm star is seen leaning into Thomas as they smile alongside two friends. She captioned the post, “I’m nobody’s Bond girl!” 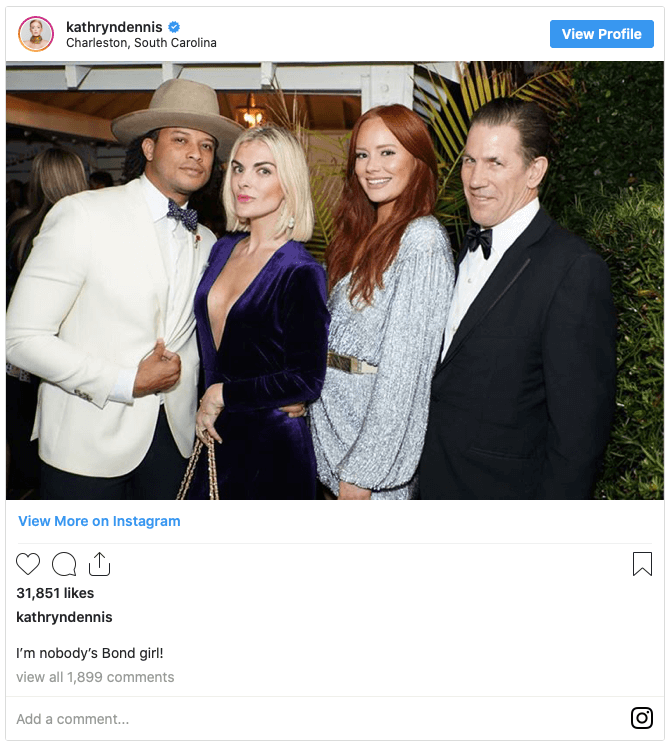 AllAboutTheTEA.com reached out to Thomas Ravenel for clarification of the photo — and according to the Charleston real estate developer, the pic is meaningless.

“Nothing is happening between Kathryn and I. We are not dating again and never will.  I attended a James Bond themed party Saturday night. I saw her and was pulled into the photo. Nothing less, nothing more.” Thomas Ravenel tells AllAboutTheTEA.com exclusively.

“We’re co-parenting because it’s healthy for our childrens development. We have a strictly platonic relationship.” Thomas further shared with AllAboutTheTEA.com.

Production for Southern Charm season 7 is currently on hold as producers scout for fresh talent.