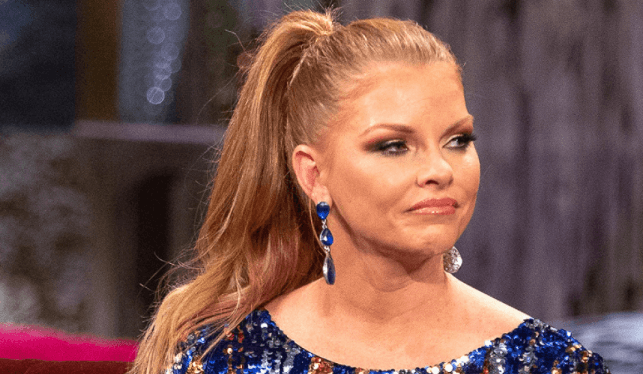 Real Housewives of Dallas star Brandi Redmond has issued an apology after a video resurfaced of her mocking Asians.

“A video resurfaced of me from three years ago which at the time I had posted and quickly deleted and then immediately apologized for my insensitivity,” Redmond, 41, wrote on Twitter Saturday. “I would like to once again sincerely apologize for my offensive actions.”

As reported, Brandi Redmond, 41, first came under fire earlier this week, after a video which was originally filmed in 2017, was shared online by Steve Kemble, LeeAnne Locken’s wedding planner.

Initially when Brandi Redmond was called out by fans, she made excuses for her behavior by calling it a “good impersonation,” and showed lack of remorse.

She even tweeted SNL and labeled her culturally inappropriate skit as “humor” she wrote,  “2020…@nbcsnl has always been a dream bc they never disappoint. Life is love and laughter. There is a difference between humor and hurtfulness. I will always chose to love you and hope to make you laugh. Cheers to a new year & decade. Let’s do this!” She tweeted on Wednesday night.

Part two of The Real Housewives of Dallas reunion aired on January 8, at 9:00 p.m. ET, on Bravo.