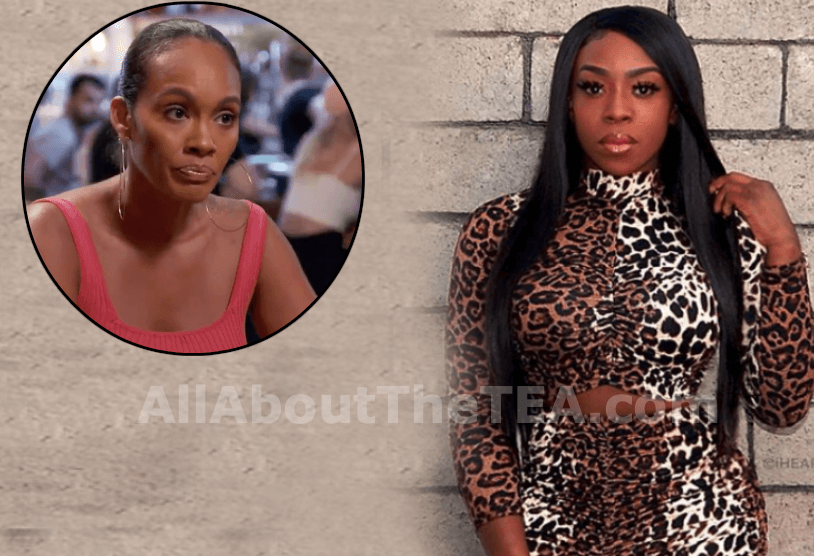 The drama between VH1 Basketball Wives stars Ogom “OG” Chijindu and Evelyn Lozada created a firestorm with accusations of colorism, racism and bullying.

Ogom “OG” Chijindu is breaking her silence since the season wrapped in October. In her first interview with Kendra G of Chicago’s WGCI — she breaks down the history with Chad “Ochocinco” Johnson and much more.

Things exploded between OG and Evelyn Lozada during a cast trip to Costa Rica in season 8. OG  dropped a bombshell — exposing Evelyn Lozada’s ex-husband NFL player, Chad Ochocinco, had romantically pursued her — this revelation set Evelyn on fire and she exploded with rage. A blowout fight ensued and the cast was split down the middle.

When asked how she met Chad, she explained: “He reached out to me on social media so and I never went to any of the invitations…’I’ll fly you out.'”

OG also addressed being called “ugly,” being labeled “aggressive,” by Shane O’Neal and others, her beef with Evelyn Lozada and the hot button issue of colorism among the cast.

She also noted that Evelyn Lozada tried to get a restraining order against her but was denied, which could spark more drama if OG is back on the show in the new season.

Evelyn Lozada got baptized in late November after harsh backlash over her cruel treatment of fellow co-star Ogom “OG” Chijindu.“This journey though personal is also about staying true to who I am, who HE is and what truly feeds my soul ❤️🙏🏽.” She posted on Instagram along with the following photo from her baptism.

Evelyn Lozada’s spiritual journey will be a major part of her season 9 storyline.