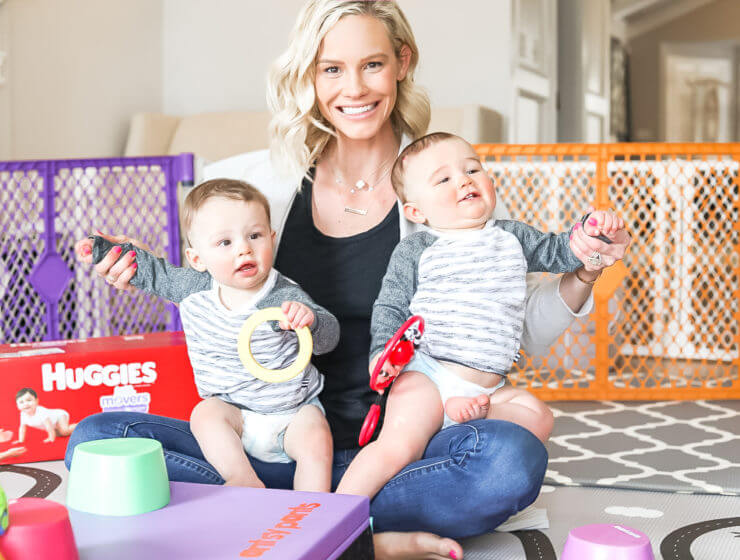 Jim Edmonds and Meghan Edmonds have reached a custody settlement of their three children, on Wednesday, November 27.

The judge granted 50/50 joint custody and Meghan Edmonds,35, is PISSED with the arrangement while Jim Edmonds, 49, is super happy because that cuts Meghan’s child support down significantly.

A family insider tells AllAboutTheTEA.com that Meghan Edmonds is not happy with the judge’s decision because, “50/50 custody drastically cuts the amount of child support Meghan will receive from Jim, and she was hoping Jim would just give her full custody.”

The couple’s split turned ugly quickly after Meghan Edmonds accused Jim Edmonds of “having an affair” with their former 22-year-old nanny before Jim filed for divorce on Friday, October 25. The couple had been fighting for weeks leading up to the divorce filing and barely speaking, according to a family source. Jim fired back, calling the allegations, “dangerous, irresponsible and hurtful.”

The couple’s fights resulted in the police being called three times to the home they once shared before Jim Edmonds officially moved out of their St. Louis house.

Jim Edmonds family members spoke out about the couple’s turbulent relationship and they are rejoicing after the Fox Sports broadcaster dumped his estranged wife Meghan — and AllAboutTheTEA.com has exclusive details from a family member.

“Jim wasn’t himself after marrying Meghan.” The family insider shared with AllAboutTheTEA.com. “He literally turned into a man none of us knew anymore.”

“She [Meghan Edmonds] isolated Jim from everyone.” The source continued. “None of us speak to her and it’s not just family…also his friends and employees.”

In an interview with US Weekly, Meghan revealed that after Jim Edmonds’ affair with the baseball madame a.k.a Jennifer Villegas she blamed his behavior on his mother’s parenting.

Meghan Edmonds continued, “I blamed his mom for part of Jim’s demons that led to his cheating on me. It wasn’t fair of me to do but this is what Hayley is referring to.”