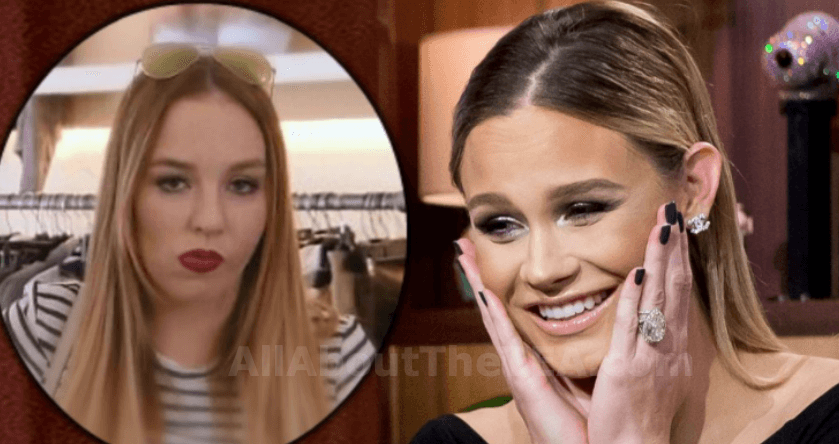 Jim Edmonds‘ daughter Hayley Edmonds is speaking out against her stepmother, Meghan Edmonds, after her father filed for divorce.

“I’ve been waiting for it. For probably … three years?” the 22-year-old told Us Weekly exclusively about the split. “I think it’s impossible to be happy with someone so … I don’t know if I would say narcissistic but, she, like, creates her own problems and loves conflict and things like that. The selfishness is miserable for anyone to be around, let alone to be married to her. My whole family has grown closer because we have all had to stay silent in hopes to protect my dad and no one can do it anymore.”

Hayley appeared on season 10 of The Real Housewives of Orange County — she lived with Meghan and Jim Edmonds while her mother, LeAnn Horton, battled cancer. Lee Ann Horton lost her cancer fight and passed away in 2015.

“I will say I didn’t look the best when I was on the show, but I got so much scrutiny from the way that she portrayed me like I was stupid and I didn’t care about anything,” Hayley told Us about her stint on the series. “In reality, like, I dropped out of high school to take care of my sick mother and she came in and completely manipulated me to get on the show and told me I was making it harder on my mom to be there and I was giving her anxiety and I needed to live with Meghan and give my mom less stress.”

Meghan and Jim Edmonds have three kids together, daughter Aspen, 2, and 16-month-old twin sons, Hart and Hayes. In addition to Hayley and Lauren, Jim shares daughter Sutton and son Landon from his second marriage to Allison Jayne Raski.

As reported, Meghan accused Jim Edmonds of “having an affair” with their 22-year-old nanny before he filed for divorce on Friday, October 25. Hayley calls the allegations “disturbing.” Carly and Jim both vehemently deny the accusations.

“They’re family! They are around everyday and they care about those kids and they care about my dad because he’s just like … they want to help him,” Hayley told Us about the Edmonds’ staff. “They’re just young girls that are just trying to work and be positive and be happy and enjoy their job. And the way she stepped over the line is just completely disrespectful and it’s just absurd.”

Hayley continued: “Especially the way that she treated Carly is mind-blowing to me because she holds herself to very high moral standards and she is a great girl who moved to St. Louis across the country because she loves those kids. And it’s just I mean absolutely ludicrous I would say. I can’t even … I keep saying I’m shocked, but I’m not surprised at the way that she goes after people so ruthlessly.”

Hayley wraps her statement by accusing Meghan of trying to ruin Jim Edmonds’ reputation and wants people to know that her dad’s a great “person.”

“I think this whole publicity thing with Meghan just ruined his reputation and it’s really sad to see because he was an amazing athlete and he held himself to morally high standards and just a great guy so it sucks to see. … Finally, I’m hoping he’ll put himself first and be happy and be able to be a dad again. And I’m stoked that I can have my dad fully back and not have to tiptoe around [Meghan].” Hayley concluded. “Everyone that cares about him is proud that he finally took the leap of leaving her. It really just pisses me off … She’s got the following and she has the public. We’ve always been a really private family. None of us wanted any of this. We all just want to live our own lives.”